Dia will present the first exhibition to focus on Nancy Holt’s room-sized light installations Holes of Light (1973) and Mirrors of Light I (1974), which will be on view at Dia:Chelsea in New York City from September 15, 2018, to March 9, 2019. Ideas developed while creating these works resulted in Holt’s iconic work Sun Tunnels (1973–76), which Dia acquired in 2018—the first work of Land art by a woman to enter Dia’s collection. This exhibition also marks the first re-creation of Mirrors of Light I since the work was originally installed in 1974. In addition to these rarely seen, yet important installations will be the presentation of two works from Holt’s Locator series, Dual Locators (1972) and Locator with Spotlight and Sunlight (1972). The exhibition will be complemented by a series of public programs focused on the artist’s work, including a symposium in February 2019 organized in dialogue with Holt/Smithson Foundation, with further details to be announced in the fall.

“Our acquisition of Nancy Holt’s Sun Tunnels earlier this year was a moment of great significance for Dia, not just as an assertion of our ongoing commitment to the preservation of visionary works of Land art, but also specifically to bring Holt’s work into the collection alongside her peers,” said Dia’s Nathalie de Gunzburg Director, Jessica Morgan. “This new exhibition at Dia:Chelsea will provide important context for this iconic work. The large-scale light installations—some of which have not been seen publicly for a generation—were key in the conceptual development that ultimately led to the creation of Sun Tunnels. We are also delighted to be organizing particularly extensive programming around this exhibition in order to encourage and facilitate scholarship on this important artist.”

Holt’s five-decade-long practice included work in art, architecture, and time-based media, which involved singular meditations on interior and exterior environments. With her Locator series, initiated in 1971, Holt felt she had found the “key that led to [her] later sculpture.” The series consists of vertical, steel-pipe sculptures that allow viewers to look through a telescope-like welded crosspiece. The view through each Locator focuses on a discrete point of view and brings attention to a specific detail of the space. Soon after realizing her first Locator works, Holt developed Holes of Light and Mirrors of Light I, two architectonic constructions in which projected light creates an interplay of reflection and shadow. These installations push the conventions of sculpture by proposing a participatory experience where the complexities of perception—focus, light, and space—are revealed.

First realized as an installation for the LoGiudice Gallery in New York City in January 1973, Holes of Light presents the viewer with a bisected space activated by intervals of illumination and darkness. Halved by a central partition wall perforated with a diagonal row of eight 10-inch-diameter holes, centered lights are installed on the two facing walls. The lights alternate on and off, shifting from one side of the installation to the other and projecting light through the partition to cast cylindrical shapes on the opposite wall. The following year, Holt completed Mirrors of Light I at Bykert Gallery in New York City. Featuring a diagonal row of large circular mirrors, projected light casts refracted ellipses around the space.

The study of the circle as a visual frame, interaction of light and shadow, perceptual process, and visitor engagement in these works concretized major themes in Holt’s practice, which she continued to explore throughout her career. Holt observed the convergence of these specific conditions within her installations, which ultimately lead her to conceive Sun Tunnels, her most well-known work, in Utah’s Great Basin Desert, as well as Dark Star Park (1984), a large-scale environmental installation in Arlington, Virginia.

Dia’s formal relationship with Holt extends back to the institution’s acquisition of Robert Smithson’s Spiral Jetty (1970) in 1999. Holt was instrumental in the donation of this iconic work to the collection and continued to work closely with Dia to manage the advocacy of this project until her death in 2014. In 2018 Dia acquired Sun Tunnels and Holes of Light with the support of Holt/Smithson Foundation. Formed in 2017, Holt/Smithson Foundation is an artist-endowed foundation dedicated to securing and continuing the creative legacies of Holt (1938–2014) and Smithson (1938–1973).

Nancy Holt was born in 1938 in Worcester, Massachusetts, and was raised in New Jersey. In 1960 she graduated from Tufts University in Medford, Massachusetts. Shortly after, she moved to New York City and worked as an assistant literary editor at Harper’s Bazaar and a teacher at the Downtown Community School as well as a researcher at the Lederle Labs in Pearl River, New York. Subsequent to realizing Sun Tunnels (1973–76), Holt conceived several public commissions: Hydra’s Head (1974) along the Niagara River at Artpark in Lewiston, New York; Stone Enclosure (Rock Rings) (1977–78) in Bellingham, Washington; Dark Star Park (1984) in Arlington, Virginia; and Astral Grating (1987) in a New York subway station. She also realized several large-scale land reclamation projects, including Sky Mound (1988) in New Jersey and Up and Under (1998) in Nokia, Finland. In 2010–12 a retrospective exhibition, Nancy Holt: Sightlines, traveled from the Wallach Art Gallery at Columbia University in New York to venues in Boston, Chicago, Karlsruhe, Salt Lake City, and Santa Fe. Holt died in New York in 2014.

Taking its name from the Greek word meaning “through,” Dia was established in 1974 with the mission to serve as a conduit for artists to realize ambitious new projects, unmediated by overt interpretation and uncurbed by the limitations of more traditional museums and galleries. Dia’s programming fosters contemplative and sustained consideration of a single artist’s body of work and its collection is distinguished by the deep and longstanding relationships the nonprofit has cultivated with artists whose work came to prominence particularly in the 1960s and 1970s.

In addition to Dia:Beacon and Dia:Chelsea, Dia maintains and operates a constellation of commissions, long-term installations, and site-specific projects, notably focused on Land art, nationally and internationally. These include:

As part of a strategic and comprehensive plan to further advance its mission, program, and ongoing operations, Dia will be upgrading and expanding its principal programming spaces of Dia:Chelsea, Dia:SoHo, and Dia:Beacon. 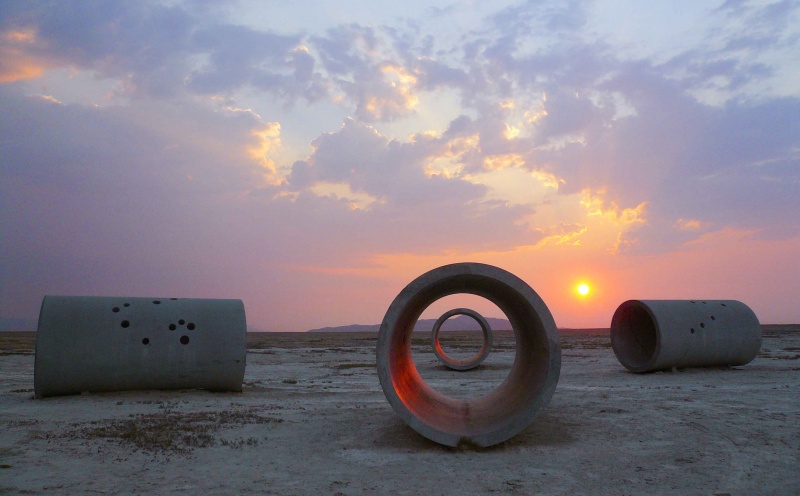