Dia Art Foundation announced today that it has commissioned acclaimed Detroit-based techno DJ and producer Carl Craig to create a sound installation at Dia:Beacon in Beacon, New York, in dialogue with the unique architecture of the space. Party/Afterparty will mark his first commission for an art institution and culminate a five-year-long engagement with Dia. This sound installation will reimagine Dia:Beacon’s lower level, creating a sonic environment that is anchored to the site’s manufacturing history as a former Nabisco packaging factory and recalling a techno tradition of reclaiming industrial spaces for radical experimentation. Deeply personal, the work accesses both the euphoria of the club environment and the loneliness that follows this collective experience.

In conjunction with the commission, Dia will host a robust schedule of public programming that explores the continued relevance of techno, which will include live performances by Craig. More details on the accompanying programming will be released in the coming months. Party/Afterparty will be on view March 6 through September 7, 2020.

“We are thrilled to present Carl Craig’s first commission at an art institution this spring,” said Jessica Morgan, Dia’s Nathalie de Gunzburg Director. “Dia has a rich history of presenting ambitious work that goes beyond the typical institutional realm. In this spirit, it has been incredibly gratifying to work with Craig for the last five years in order to produce this remarkable, complex project, which will take over a vast space on the lower level of the building. This commission expands upon our long-term support of sound and performance art and reflects how our commissioning program helps bring to the fore the vital voices of our time from across the cultural sphere.”

As techno music reverberates through the semidarkness and window shutters open and close, Craig’s installation takes the viewer from the party to the after-party over the course of a day. Drawing from his history as an internationally touring DJ, Craig will bring the visitor into and out of sonic spaces that evoke the shared experience that takes place in clubs and venues of influence to him, including Berghain’s Panorama Bar in Berlin and the now-closed Yellow in Tokyo, tapping into an archive of emotional memory. Dissonant music will intermittently fill the space, reflecting Craig’s personal experience with tinnitus, a condition caused by exposure to loud sounds that produces a persistent ringing or buzzing noise. The music intensifies and recedes, creating a durational arc—from elation to disorientation—reflective of the euphoric rise and the subsequent emotional comedown inherent to the communal rush of the dance floor. With Party/Afterparty, Craig has created an audio experience that is reflective of our ambiguous contemporary existence.

Technology, modular repetition, and serialism define the intersection between techno and Minimalist sound—the latter of which Dia has been instrumental in supporting, such as through its decades-long partnerships with La Monte Young and Max Neuhaus. Techno’s history was molded by the unique technological and aesthetic conditions at the outset of Minimalism. Artists working in both sound-based forms share a foundational interest in reflecting and repurposing the industrial soundscapes of urban environments.

“Since Dia’s founding in the 1970s, we have been dedicated to supporting artists working across performance and sound,” said curator Kelly Kivland. “It is exciting to trace the course of Minimal sound from artists like La Monte Young—often seen as the originator of Minimal music—through to the Detroit techno scene. The Nabisco packaging factory that now houses Dia:Beacon and the postindustrial transition of the town of Beacon itself both evoke, historically and architecturally, Craig’s native Detroit—the birthplace of techno—and inspired him to imagine a space that activates these parallels.”

This new commission continues Dia’s long-term support for experimentation across media, as well as its commitment to fostering music and sound-based programming at the institution’s various sites. Dia’s past programming in sound has been wide-ranging, encompassing performances from artists such as Tony Conrad, Arto Lindsay, Matmos, and Terry Riley; new commissions by Joan Jonas and Jason Moran, Isabel Lewis, Robert Whitman, and Gilberto Zorio; and iconic long-term installations such as Max Neuhaus’s Time Piece Beacon (2005) and Times Square (1977), and La Monte Young and Marian Zazeela’s Dream House iterations and Dream Festival (1975).

“This project at Dia has allowed me to explore a new scope of what I can achieve with my music. The work itself is a reflection of my reality—the visual, sonic, and emotional connections or disconnections that I have experienced over the past thirty years as a DJ on the road. In contrast to the glamorous perception of the touring musician, I wanted to reflect the isolation of the many hours spent alone in hotel rooms and the tinnitus that I, and many other artists, have to contend with as a result of our work. I make music to satisfy my soul, and when I perform, I invite others into my world. Similarly, when you step into this vast space, it is like stepping into a reflection of my own mind,” said Carl Craig. “The stark parallels between this postindustrial space at Dia and the architecture in my hometown of Detroit, a place that has always catalyzed my creativity, are fascinating to me.”

Craig began his career in the late 1980s as a DJ and producer, and soon came to prominence as an influential figure within the Detroit techno scene. Within this context, Craig is frequently acknowledged as one of the field’s most wide-ranging artists, integrating inspirations and sounds from a diverse variety of musical genres into his work. A Grammy-nominated composer, he has released several recordings on both his own Planet E record label and under a variety of aliases employed to explore new directions. Under these many guises, his body of work has continually pushed the boundaries of electronic music, integrating such genres as classical, jazz, soul, and world beat, among many others. He has also explored an even greater range of sounds through his celebrated remix and production work with a large cast of collaborators.

Craig’s notable recent projects include the release of Sessions (2008), a two-disc mix reimagining and celebrating over fifteen years of his musical catalogue. The artist’s interest in collaboration is evidenced in Versus, which was released in 2017. For the album, Craig collaborated with pianist Francesco Tristano, French orchestra Les Siècles, conductor François-Xavier Roth, and instrumentalist Moritz von Oswald. Most recently, Craig collaborated with Chineke! Orchestra to perform title track “Versus” alongside seminal tracks such as “At Les,” “The Melody,” and “Sandstorms” at the historic Royal Albert Hall in London.

Born and based in Detroit, Craig is equally known for his deep commitment to his hometown, both as an admired civic leader and a strong ambassador of local culture. He served as cocreator and artistic director of Detroit’s annual Movement Electronic Music Festival in 2000, 2001, and 2010. He also founded the Carl Craig Foundation, which supports emerging local talent through music-education scholarships and professional development and training opportunities.

Taking its name from the Greek word meaning “through,” Dia was established in 1974 with the mission to serve as a conduit for artists to realize ambitious new projects, unmediated by overt interpretation and uncurbed by the limitations of more traditional museums and galleries. Dia’s programming fosters contemplative and sustained consideration of a single artist’s body of work and its collection is distinguished by the deep and longstanding relationships that the nonprofit has cultivated with artists whose work came to prominence particularly in the 1960s and 1970s.

In addition to Dia:Beacon and Dia:Chelsea, Dia maintains and operates a constellation of commissions, long-term installations, and site-specific projects, notably focused on Land art, nationally and internationally. These include: 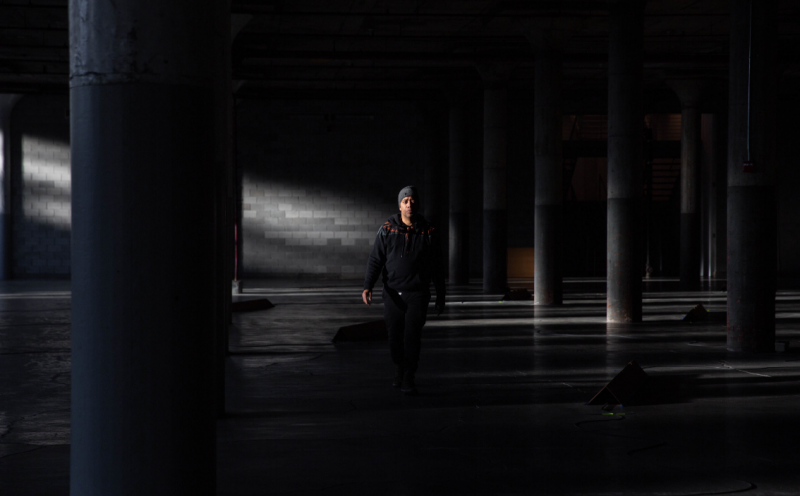