The New Orleans Museum of Art (NOMA) announced today that is has acquired 10 works of art from the Souls Grown Deep Foundation through the Foundation’s gift/purchase program designed to strengthen the representation of African American artists from the Southern United States in the collections of leading museums across the country.

The acquisition includes two works by Thornton Dial, pieces by Ronald Lockett, Joe Minter, and Mary Proctor, and five quilts created by the women of Gee’s Bend, Alabama. These works will be featured in upcoming permanent collection installations that will place them into dialogue with other exciting voices in modern and contemporary art.

“This acquisition builds upon the museum’s enduring commitment to championing emerging and underrepresented voices in American art, and marks the second time NOMA has had the opportunity to collaborate with the Souls Grown Deep Foundation,” said Susan Taylor, The Montine McDaniel Freeman Director of the New Orleans Museum of Art. “As NOMA looks toward New Orleans’ 2018 Tricentennial celebration – a moment when the eyes of the world will be on our city – there could be no better time to celebrate these unique artists and the resonance of their work for the city of New Orleans.”

The gift/purchase continues NOMA’s relationship with Souls Grown Deep. The Foundation previously gifted a piece by Dial commemorating Hurricane Katrina to the museum. Souls Grown Deep Foundation is the only non-profit organization dedicated to documenting, preserving, exhibiting and promoting the work of contemporary African American artists from the American South. The Foundation holds the largest and foremost collection of works of contemporary African American artists from the Southern United States, encompassing over 1,200 works by more than 160 artists, as well as a collection of archival photographs, videos, and documents relating to the artists in the collection.

NOMA’s acquisition is the latest museum to participate in the Souls Grown Deep Foundation’s gift/purchase program, following acquisitions announced earlier this year by the High Museum of Art and the Fine Arts Museums of San Francisco and the Metropolitan Museum of Art in 2014. These acquisitions draw from the Foundation’s extensive collection of works across media in this genre to promote increased scholarship and understanding of an important and often-overlooked perspective in the narrative of American art history.

“The mission of the Souls Grown Deep Foundation is to collaborate with museums across the country, like the New Orleans Museum of Art, to incorporate work by these important artists into their collections and reshape the narrative of contemporary American art. NOMA has long played a pivotal role in highlighting this work, and so we are pleased to partner with them in this program,” said Maxwell L. Anderson, president of the Souls Grown Deep Foundation.

Over the course of the last seventy years, NOMA has played a pivotal role in championing artists working outside mainstream art contexts, especially those from the American South. Through its decades-long commitment to collecting, exhibitions and scholarship, NOMA has built one of the most important collections in the country, which now includes over 300 works by artists like Thornton Dial, David Butler, Sam Doyle, Clementine Hunter and Purvis Young, among many others. One of the first major art museums to embrace these artists’ work, NOMA began collecting and exhibiting the work of artists like Clementine Hunter as early as the 1950s, mounting Hunter’s first major museum show in 1955. Today, the museum continues this rich history with new acquisitions, special exhibitions and permanent collection installations that offer dynamic new approaches to presentation and interpretation by placing these artists into conversation with some of the most iconic and established voices in modern and contemporary art.

This acquisition allows NOMA to significantly expand and deepen its long-standing commitment to the voices and narratives represented by the Souls Grown Deep Foundation. In 1973, NOMA organized Louisiana Folk: Paintings by Clementine Hunter, Sister Gertrude Morgan, Bruce Brice and Marion Souchon at the Museum of American Folk Art in New York, which brought national exposure to the unique contributions of artists from the South. In 1975, NOMA presented Folk Art in America: A Living Tradition, which included selections from the Abby Aldrich Rockefeller Folk Art Collection. The following year, NOMA organized the first museum exhibition for David Butler, which helped establish his reputation as one of the most important voices in American art. In 1988, NOMA organized an important early retrospective for Sister Gertrude Morgan, which celebrated the importance of her work for the art and visual culture of New Orleans. NOMA’s 1993 exhibition Passionate Visions of the American South: Self-Taught Artists from 1940 to the Present presented many of these artists to the public for the first time, and helped cement many of these artists’ national reputations. Traveling to art museums across the country, the exhibition won several national awards and resulted in a catalogue that remains a benchmark in the field. Throughout the 1990s, NOMA continued its commitment to these artists’ work by presenting projects like At God’s Command: The Sculpture of William Edmundson, organized by the Cheekwood Museum of Art, in 1998, and organizing its own exhibitions like A Spiritual Journey: The Art of Eddie Lee Kendrick, which premiered at NOMA in 1999. In 2000, NOMA organized Quilts Across America, which brought works by the Gee’s Bend Quilters into conversation with both Louisiana’s local quiltmaking traditions as well as a more national story.

Long recognized as one of NOMA’s most crucial collection strengths, the acquisition of new works by artists working outside of mainstream art contexts remains one of NOMA’s top collections priorities. NOMA’s collecting began in the 1950s with a major gift of 19th century works from the collectors Edgar and Bernice Chrysler Garbisch, and quickly expanded to include works by artist like David Butler, Mose Tolliver, Sister Gertrude Morgan, Clementine Hunter, among many others. From the 1970s to the 1990s, NOMA significantly expanded its collection with acquisitions of important new work by artists like Purvis Young, Jimmy Lee Sudduth, Aylene Harris, and William Hawkins. In more recent years, acquisitions of works by Sam Doyle, Thornton Dial and Sister Gertrude Morgan have brought NOMA even closer to its goal of becoming one of the most comprehensive collections in the country. Over the years, NOMA has cultivated a dedicated group of local and national collectors who have championed the museum’s work in this area and donated important works to the permanent collection. In the last several years alone, NOMA has been gifted important works by Thornton Dial, J.P. Scott, Herbert Singleton and Charles Gilliam, the highlight of which was a generous gift from the Souls Grown Deep Foundation of a work that Dial made to commemorate Hurricane Katrina. In 2015, a dynamic group of local collectors generously gifted NOMA a work by Lonnie Holley that celebrated NOMA’s partnership with the Souls Grown Deep Foundation, bringing an important new work by Holley into the collection alongside an exciting new group of paintings by the Chicago artist Claude Lawrence.

About NOMA and the Besthoff Sculpture Garden

The New Orleans Museum of Art, founded in 1910 by Isaac Delgado, houses nearly 40,000 art objects encompassing 5,000 years of world art. Works from the permanent collection, along with continuously changing special exhibitions, are on view in the museum's 46 galleries Fridays from 10 a.m. to 9 p.m.; Tuesdays, Wednesdays, and Thursdays from 10 a.m. to 6 p.m.; Saturdays from 10 a.m. to 5 p.m. and Sundays from 11 a.m. to 5 p.m. The adjoining Sydney and Walda Besthoff Sculpture Garden features work by over 60 artists, including several of the 20th century's master sculptors. The Sculpture Garden is open seven days a week: 9 a.m. to 6 p.m. The New Orleans Museum of Art and the Besthoff Sculpture Garden are fully accessible to handicapped visitors and wheelchairs are available from the front desk. For more information about NOMA, call (504) 658-4100 or visit www.noma.org. Wednesdays are free admission days for Louisiana residents, courtesy of The Helis Foundation. (May not include special exhibitions.) Teenagers (ages 13-19) receive free admission every day through the end of the year, courtesy of The Helis Foundation.

About the Souls Grown Deep Foundation

The Souls Grown Deep Foundation is the only nonprofit organization dedicated to documenting, preserving, exhibiting and promoting the artwork by contemporary African-American artists from the American South. The Foundation holds the largest and foremost collection of works of contemporary African-American artists from the Southern United States, encompassing over 1,200 works by more than 160 artists as well as a collection of archival photographs, videos and documents relating to artists in the collection. 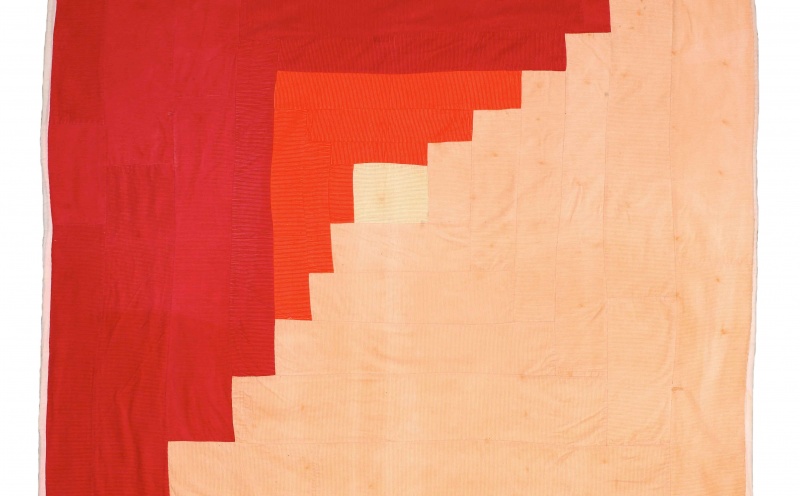