Hank Willis Thomas, recipient of the Gordon Parks Foundation 2019 Fellowship, will debut a new series of work this October at the Gordon Parks Foundation. Thomas’ new work examines Parks’ representation of history in his 1969 film The Learning Tree. Drawing on Parks’ photographs that staged childhood scenes from his book, as well as other behind-the-scenes photographs from the film set, Thomas questions how our personal histories create a subjective understanding of past events. Exodusters will open with a public reception on October 25th and is on view through January 31, 2020.

“Just as Gordon Parks knew the power of images to shape our perspectives, Hank’s practice is constantly exploring how history, narrative, and personal experiences shape our understanding of the world around us and each other,” said Peter W. Kunhardt, Jr., Executive Director of The Gordon Parks Foundation. “Through his Fellowship, Hank engaged with and brought new meaning to Parks’ photographs and stills from The Learning Tree fifty years later.”

The Learning Tree film originated from a semi-autobiographical novel written by Parks and would make Parks the first African American to helm a major Hollywood film. Following a black boy growing up in Kansas through two crucial years of his life, both the book and movie present themes that transcend racial boundaries and capture realities of rural life in the 1920s. The title of Thomas’ show, Exodusters, derives from the term used to refer to African Americans who had migrated from Southern U.S. states to Kansas in the late 19th century to escape racially-motivated violence in the decades following the Civil War and throughout the Great Depression. The film’s protagonist, Newt Winger, is an exoduster, and Parks’ coming-of-age story focuses on the divergent paths of Newt and his friend and the struggles faced on the way to manhood in segregated Kansas.

Exodusters includes new works that incorporate archival photographs from the film’s set, as well as Parks’ own photographs. Using retroreflective and lenticular materials, Thomas offers multiple perspectives through which to view Parks’ imagery and explore the development of The Learning Tree’s original narrative. Requiring the viewers interaction to activate the works, Thomas creates an opportunity to consider how our individual position impacts our interpretation of events, and points to the role we all play in how we are depicted and understood.

As an extension of the exhibition the Gordon Parks Foundation, in collaboration with the Institute of African American Affairs & Center for Black Visual Culture, New York University, will present a discussion between Thomas and Abbe Schriver (Columbia University, Art History and Archeology) on Wednesday, November 20th. Clips of The Learning Tree will precede the talk, which will explore the ongoing relevance of the film and Gordon Parks’ impact on popular culture today.

Thomas’ exhibition is presented as a part of his participation as a Gordon Parks Foundation Fellow and follows the presentation of the other 2019 Fellow Guadalupe Rosales’ exhibition Must’ve been a wake-dream, currently on view. Since 2017 the Gordon Parks Foundation has awarded two fellowships each year to support artists, photographers, filmmakers, and musicians in the development of new or ongoing projects. Applications are reviewed on the merits of quality, creativity, and the project’s potential contribution to Gordon Park’s legacy. During the fellowship period, fellows serve as ambassadors on behalf of the Gordon Parks Foundation and promote the legacy of Gordon Parks, including participation in a range of Foundation initiatives and programs throughout the year, as well as the contribution of an artwork to the Foundation’s permanent collection.

Admission is free and open to the public.

Hank Willis Thomas is a conceptual artist working primarily with themes related to perspective, identity, commodity, media, and popular culture. His work is included in numerous public collections including the Museum of Modern Art in New York; the Solomon R. Guggenheim Museum, New York; the Whitney Museum of American Art, New York; the Brooklyn Museum, New York; the High Museum of Art, Atlanta, and the National Gallery of Art, Washington D.C. His collaborative projects include Question Bridge: Black Males, In Search Of The Truth (The Truth Booth), and For Freedoms, an artist-run initiative for art and civic engagement. In 2017, For Freedoms was awarded the ICP Infinity Award for New Media and Online Platform. Thomas is also a recipient of the Guggenheim Fellowship (2018), the AIMIA | AGO Photography Prize (2017), the Soros Equality Fellowship (2017), and is a member of the New York City Public Design Commission.

The Gordon Parks Foundation supports and produces artistic and educational initiatives that advance the legacy and vision of Gordon Parks—recognized as the most significant African American photographer of the 20th century, as well as a writer, musician, and filmmaker, who used the arts to further “the common search for a better life and a better world.”

Through exhibitions, publications, and public programs organized in collaboration with national and international institutions at its exhibition space in Pleasantville, New York, the Foundation provides access to, and supports understanding of, the work and contributions of Gordon Parks for artists, scholars, students, and the public. Through its year-round educational programming and annual grant-making initiatives, the Foundation champions current and future generations of artists and humanitarians whose work carries on Parks’ legacy.

Gordon Parks was a seminal figure of 20th-century photography. A humanitarian with a deep commitment to social justice, he left behind a body of work that documents many of the most important aspects of American culture from the early 1940s up until his death in 2006, with a focus on race relations, poverty, civil rights, and urban life. In addition, Parks was also a celebrated composer, author, and filmmaker who interacted with many of the most prominent people of his era—from politicians and artists to celebrities and athletes. 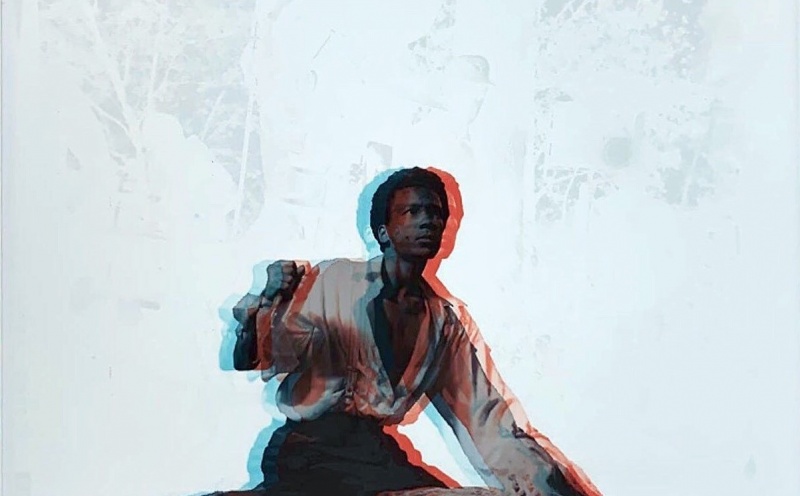