Exploring some of the most globally relevant and pressing issues of our time, including isolation, representation and speculation on the future, the NGV Triennial will present a large-scale exhibition of international contemporary art, design and architecture. Featuring 86 projects by more than 100 artists, designers and collectives from more than 30 countries, the NGV Triennial will open at NGV International on 19 December 2020. The exhibition offers a visually arresting and thought-provoking view of the world at this unique moment.

Highlights include: an entire floor dedicated to works concerning light and illumination presented in dialogue with the NGV’s historical collection; a monumental video work by Refik Anadol spanning 10 metres high and wide, which uses artificial intelligence (AI), machine learning and quantum computing to visualise our digitised memories of nature; and a larger-than-life mirror-polished sculpture of Venus, Roman goddess of love, by American artist Jeff Koons.

Further highlights include a comprehensive display of works by Yolngu woman Dhambit Mununggurr, the first Yolngu artist to depict country in her signature shades of acrylic blue paint. Comprising 15 large-scale bark paintings and nine larrakitj (hollow poles), some of which stand more than three metres high, the works have all been painted with the artist’s non-preferred left hand after an accident left her with limited mobility.

Kengo Kuma, one of the most respected figures in Japanese architecture, will collaborate with Melbourne artist Geoffrey Nees to create an architectural pavilion that acts as a sensorial walkway through which to approach and contemplate a newly acquired painting by South Korean artist Lee Ufan. The work will be constructed from timber harvested from trees that died during the Millennium Drought at Melbourne’s Royal Botanic Gardens, some of which pre-date European colonisation.

Also making its world premiere will be a work by renowned French artist JR, which brings global attention to the ecological decline of the Darling River. The work will comprise a chapel-like structure erected in the NGV Grollo Equiset Garden that features a set of large stained-glass window portraits of people he visited in the Sunraysia agricultural region of Victoria and New South Wales on a recent visit to Australia.

The exhibition is underpinned by four themes – Illumination, Reflection, Conservation, and Speculation – that invite audiences to embark on a journey of exploration and to discover the intersecting ideas through the works on display. The four thematic pillars have emerged from the collective work presented in the NGV Triennial, illuminating the pressing concerns that preoccupy the artists, designers and architects of our time. Drawing on intimacy and awe, sadness and beauty, ruination and inspiration, these themes present a microcosm of the current world.

Free and exclusive to Melbourne, this is the second instalment of the NGV Triennial, which is held every three years. The inaugural exhibition, held in 2017, remains the NGV’s most attended exhibition to date, with 1.23 million visitors.

Tony Ellwood AM, Director, National Gallery of Victoria said: ‘The NGV Triennial offers visitors a significant opportunity to explore how we use art to express ourselves, communicate and consider the world as it is, while also asking how we would like it to be. Artists, designers and architects of the twenty-first century perform a vital role in giving form to our collective imagination, fears and aspirations. We are all living in a world in flux: there has never been a more important moment to celebrate human capability than now.’

Danny Pearson MP, Minister for Creative Industries said: ‘While the doors of our gallery are currently closed, the NGV team has been working hard behind the scenes - with local artists and artists across the globe - to prepare for a spectacular 2020 NGV Triennial. Unique to the NGV – and to Victoria – the 2020 NGV Triennial is set to be a cultural experience like no other. Like many Victorians, I can't wait to return to the NGV and to a summer of extraordinary contemporary art, design and creativity.’

Horst von Sanden, Managing Director Mercedes-Benz Cars & CEO Mercedes-Benz Australia/Pacific, said ‘Mercedes-Benz has been a proud and passionate supporter of the National Gallery of Victoria for the past thirteen years, and we are excited to take our place as the Principal Partner of NGV Triennial 2020. The intersection of ideas, design and the senses is where we create Mercedes-Benz vehicles – our motto is ‘the best or nothing’. The same is true of the NGV Triennial, which will no doubt be presented to the highest standard by Tony Ellwood and his skilled team, and be bursting with artistic inspiration and creative energy.’

Major commission and acquisition highlights from the NGV Triennial 2020 include:

The NGV, the largest art book publisher in the southern hemisphere, will produce a large-scale and highly illustrated publication to accompany the exhibition, which will feature over 50 authors from around the globe presenting discourses from a variety of perspectives, including those of academics, journalists, literary figures, social commentators, artists and curators. The NGV Triennial publication will comprise five removeable paperback books housed within the single magnetic case. Four volumes will speak to a different theme explored in Triennial, while the fifth volume will act as a dossier on NGV Triennial and will include biographies of artists and authors, and project descriptions. 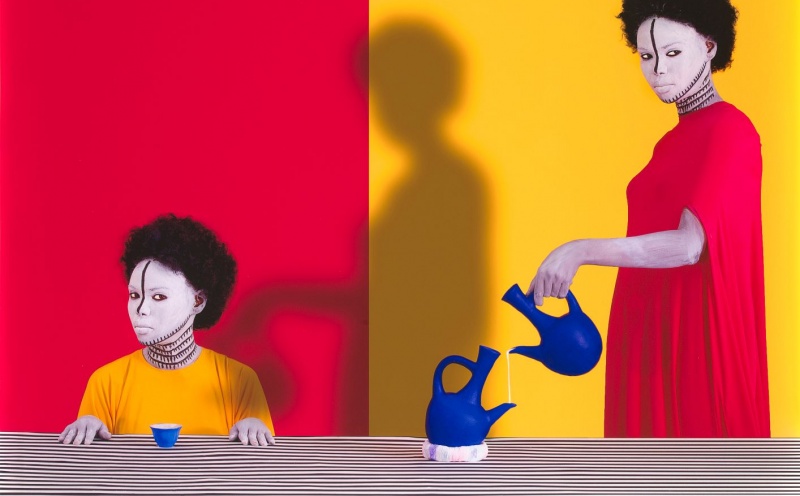 Other news about National Gallery of Victoria