The Norton Museum of Art today announced the appointment of Ghislain d’Humières as its new Director and CEO. D’Humières, who served as the Director and CEO of the Speed Art Museum in Louisville, Director and Chief Curator of the Fred Jones Jr. Museum of Art at the University of Oklahoma, and held leadership positions at other major arts institutions, will assume his role on January 18, 2021. D’Humières brings extensive expertise in community engagement and increasing access to art, expanding public programming, building and caring for collections, and fundraising to the Norton. His appointment comes at a pivotal moment for the institution, which reopened to the public on November 20 following an eight-month closure because of the Coronavirus pandemic.

“Ghislain brings tremendous experience to the Norton; his track record of creating meaningful connections with local communities in cities across the United States and leading institutions through periods of major transformation and growth make him the ideal candidate for our museum,” said Bruce Gendelman, Interim CEO and Chair of the Norton’s Board of Trustees. “We’re thrilled to bring him on board as we navigate these unprecedented times and continue to realize the promise of our expansion in serving the people of the Palm Beaches, the region, and visitors from around the world.”

“I am honored to have been selected to lead the Norton Museum of Art at this critical, yet auspicious moment in its incredible trajectory,” said d’Humières. “The Museum is entrusted with the region’s foremost collection and has been a strong advocate for a diverse group of emerging and mid-career artists. Reaching beyond its walls, the Norton is a vital resource and partner for the West Palm Beach community, and I look forward to deepening these bonds through new initiatives. Its recent expansion has provided tremendous opportunities to continue to expand the role it plays in the lives of people from throughout the county and for building its collection and programming.”

Prior to his appointment as the Norton’s Director and CEO, d’Humières led a diverse range of institutions through significant milestones and expanded their audiences through community partnerships. He previously served as the Director and CEO of the Speed Art Museum, where he oversaw its 2016 expansion and renovation. D’Humières expanded the museum’s community programs, formed a public outreach and education center, initiated partnerships and collaborations throughout the Louisville region, and created “Speed’s Free-Sunday” program. He also made critical staff appointments, strengthened the institution’s national standing and brand, and led fundraising to support the institution’s growth and long-term vitality, ensuring the ongoing success of the museum.

D’Humières served as the Director and Chief Curator of the Fred Jones Jr. Museum of Art at the University of Oklahoma from 2007 to 2013, where he spearheaded the development and management of the museum’s new 20,000-square-foot wing. During his tenure there, d’Humières doubled museum attendance by greatly expanding its community outreach. He created partnerships with University departments, Oklahoma public schools, and community leaders and organizations. He also instilled the institution’s curatorial vision, led a complete reorganization of the museum’s permanent collection, and secured the bequest of five major collections and long-term loans.

D’Humieres also served as Assistant Director for the opening of the new home of the de Young Museum, he provided project management, reorganized the museum’s internal structure and collection, and managed its commissions of site-specific works by leading contemporary artists. Additional experience includes serving as Executive Director of the Colonial Williamsburg Foundation; Vice President at Christie’s; and Senior Specialist for Sotheby’s and Christie’s in Europe, the U.S. and South America.

D’Humières joins the Norton following a major expansion designed by Foster + Partners, which includes new galleries, classrooms, and auditorium, and the renovation and upgrade of its existing facilities and garden. In its new home, the Norton presents a robust series of special exhibitions featuring emerging contemporary artists and diverse private collections, and rotating selections of its holdings in American, European, Contemporary, and Chinese art and Photography, the leading museum collection in the region. 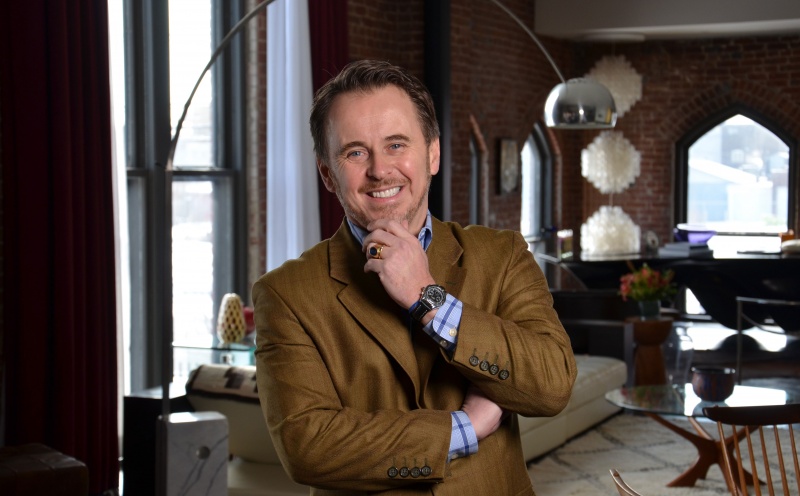