The Norton Museum of Art announces the opening of the special exhibition, Robert Rauschenberg: Five Decades from the Whitney’s Collection. Rauschenberg’s (1925–2008) inventiveness, embrace of popular culture, and incorporation of everyday objects forever changed the American art landscape, and would anticipate pop art, conceptualism, happenings, and process art of the latter 20th century. The exhibition is on view February 21-June 28, 2020, and is organized by Carrie Springer, Assistant Curator at the Whitney Museum of American Art.

“We are delighted to be hosting this important exhibition, which is on loan from the Whitney Museum of American Art in New York City,” said Elliot Davis, Director of the Norton Museum of Art. “It is particularly meaningful to our community because Rauschenberg lived and worked in Captiva, Florida, and because the exhibition is organized around transformative acquisitions the Whitney has made as a result of the vision and generosity of Leonard A. Lauder, a long-time supporter of the Norton.”

The exhibition traces five decades of Rauschenberg’s career, including the time he spent in Captiva, and features highlights from series that investigate materiality and demonstrate his constant experimentation. Notable works include:

Cheryl Brutvan, the Glenn W. and Cornelia T. Bailey Curator of Contemporary Art and Director of Curatorial Affairs notes that, “This exhibition presents key examples that exemplify Rauschenberg’s unconventional approach to materials and the creative process, one that has profoundly influenced younger generations of artists.”

Carrie Springer adds, “Rauschenberg was one of the most significant and groundbreaking American artists of the second half of the 20th century. His work with found and constructed imagery in a wide range of media reflects the variety and richness of life.”

This exhibition was organized by the Whitney Museum of American Art, New York.

Additionally, the exhibition was organized around the transformative acquisitions the Whitney Museum of American Art has made as a result of the vision and generosity of Leonard A. Lauder, as well as works that have been given to the Whitney by Emily Fisher Landau and Barbara and Richard S. Lane, and the generous support of the Robert Rauschenberg Foundation.

Support for this exhibition at the Norton was provided by the Milton and Sheila Fine Endowment for Contemporary Art.

Related programming around the exhibition includes:

Milton Ernest "Robert" Rauschenberg (October 22, 1925–May 12, 2008) was an American painter and graphic artist whose early works anticipated the pop art movement. Rauschenberg is well known for his "Combines" of the 1950s, in which non-traditional materials and objects were employed in various combinations. Rauschenberg was both a painter and a sculptor, and the combines are a combination of the two, but he also worked with photography, printmaking, papermaking, and performance.

Rauschenberg was awarded the National Medal of Arts in 1993 and the Leonardo da Vinci World Award of Arts in 1995 in recognition of his more than 40 years of artmaking.

Rauschenberg lived and worked in New York City and on Captiva Island, Florida, until his death in 2008.

About the Norton Museum of Art

Founded in 1941, the Norton Museum of Art is recognized for its distinguished holdings in American, European, and Chinese art, and a continually expanding presence for Photography and Contemporary art. Its masterpieces of 19th century and 20th century European painting and sculpture include works by Brancusi, Gauguin, Matisse, and Picasso, and American works by Stuart Davis, Hopper, O'Keeffe, Pollock, and Sheeler.

The Norton presents special exhibitions, lectures, tours, and programs for adults and children throughout the year. In 2011, the Norton launched RAW (Recognition of Art by Women), featuring the work of a living female painter or sculptor and funded by the Leonard and Sophie Davis Fund/MLDauray Arts Initiative. In 2012, the Norton established the biennial, international Rudin Prize for Emerging Photographers in partnership with Beth Rudin DeWoody, named in honor of her late father, Lewis Rudin.

In 2019, the Norton opened a visionary expansion designed by architecture firm Foster + Partners, under the direction of Pritzker Prize-winning architect Lord Norman Foster. The project reoriented the Norton’s entrance to the main thoroughfare of South Dixie Highway, restoring the symmetry of the museum’s original 1941 design, and includes a new 59,000-square-foot West Wing that increased gallery space for the Norton’s renowned collection. The transformation of the Museum’s 6.3-acre campus created a museum in a garden, featuring new, verdant spaces and a sculpture garden. A block of 1920s-era houses along the south side of the campus also were restored to serve as the director’s home and lodging and studios for a new artist-in-residence program that begins in 2020. 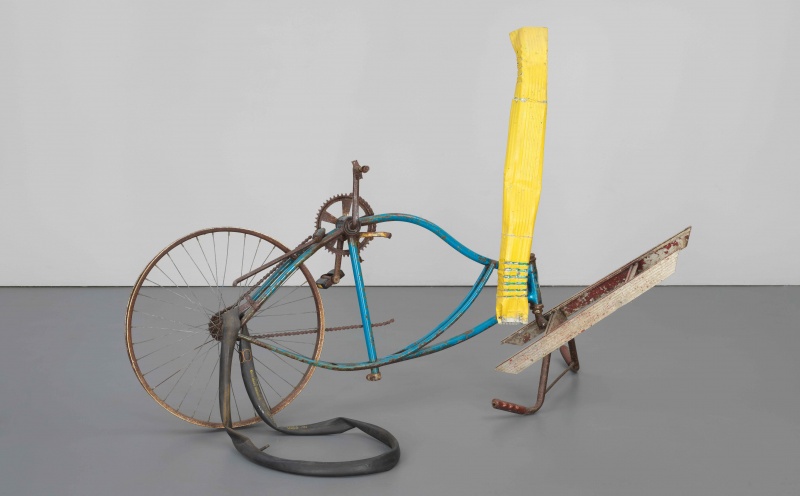