Oprah Winfrey Will Join Ta-Nehisi Coates In Conversation for the Release of His First Novel, The Water Dancer, at the Apollo Theater | R+A Skip to main content
Press Release
Apollo Theater

Oprah Winfrey Will Join Ta-Nehisi Coates In Conversation for the Release of His First Novel, The Water Dancer, at the Apollo Theater

The Apollo Theater announced today that media mogul Oprah Winfrey will join critically-acclaimed writer, artist and thinker Ta-Nehisi Coates tonight as he begins his national book tour for his latest work, The Water Dancer, on the world-famous Apollo stage. The program will take place on Monday, September 23 at 7:00 p.m. A limited amount of tickets are still on sale at www.ApolloTheater.org.

In his boldly imagined first novel, Ta-Nehisi Coates, the National Book Award–winning author of Between the World and Me, brings home the most intimate evil of enslavement: the cleaving and separation of families. Driven by the author’s fierce imagination and striking ability to bring readers deep into the interior lives of his brilliantly rendered characters, The Water Dancer is the story of America’s oldest struggle—the struggle to tell the truth—from one of America’s most exciting writers.

The evening will also serve as Coates’s first program as Apollo Theater’s inaugural Master Artist-In- Residence. The three-year initiative, which will include events on the Apollo’s iconic stage and in the new Apollo spaces in the Victoria Theater in Fall 2020, will further deepen the relationship between Coates and the nonprofit theater. In 2018, the Apollo collaborated with Coates on the world premiere staging of his award-winning book, Between the World and Me, directed by the Apollo’s Executive Producer Kamilah Forbes.

The launch of The Water Dancer book tour and Coates’s appointment as Apollo Theater’s inaugural Artist-in -Residence further enforces the nonprofit theater’s commitment to celebrating African American arts and culture, supporting emerging and established artists of color across disciplines, and serving as an artistic, educational, and community resource.

The Water Dancer was just announced as the newest “Oprah’s Book Club” selection, available now for pre-order wherever books are sold. Readers can join the conversation on Instagram by following @OprahsBookClub. 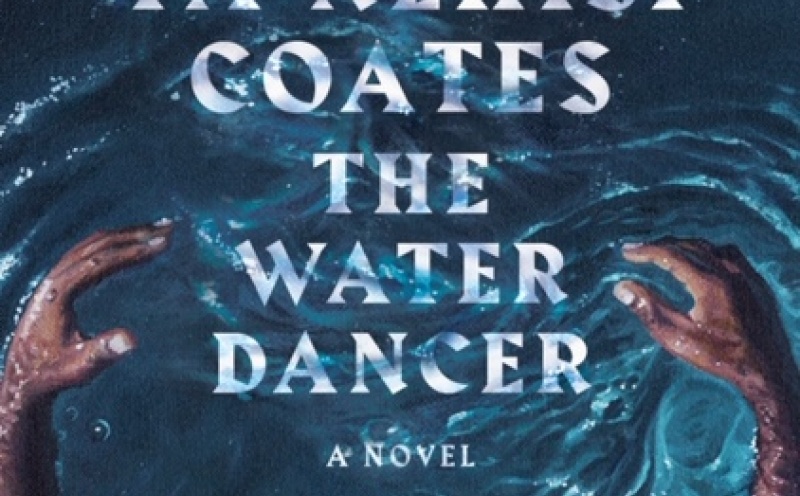