A day after announcing the dates for SOCIAL! the social distance dance club, which will open the Social Distance Hall season and sold out in a day, Park Avenue Armory announced new performance dates for Afterwardsness—a new commission by dancer, director, and choreographer Bill T. Jones—which will now run in a series of eight performances from May 19 to May 26, 2021. Commissioned by the Armory as part of its Social Distance Hall season, the work was originally slated to premiere at the Armory on March 24 but was rescheduled when members of the Bill T. Jones/Arnie Zane Company tested positive for COVID-19 during rigorous safety protocols that Park Avenue Armory requires for all performers, crew, and staff before they arrive on site.

The Armory is giving individuals who held tickets for the original set of dates first priority to rebook tickets for the rescheduled performances. Any remaining tickets will go on sale to the general public on Thursday, April 1 at armoryonpark.org.

“The culture-loving public is eager to return to arts productions, as long as they know the proper protocols are in place and it will be safe,” said Rebecca Robertson, Founding President and Executive Producer of the Park Avenue Armory. “From a moving hypnotic masterwork by Bill T. Jones to a cathartic and participatory performance art piece conceived by Christine Jones, Steven Hoggett, and David Byrne, New York wants to feel that sense of awe again.”

Created by Bill T. Jones and performed by the nine dancers of the Bill T. Jones/Arnie Zane Company, Afterwardsness addresses isolation and trauma amid the twin pandemics of COVID-19 and ongoing violence against Black bodies. The work includes spoken word inspired by Company members’ own writings; a new vocal composition by Holland Andrews; an original violin solo entitled Homage by Pauline Kim Harris, written in homage to George Floyd; as well as excerpts from Olivier Messiaen’s wartime composition Quartet for the End of Time. The Armory and its consultant team have designed seating plans for Afterwardsness for audiences at 10% of the Drill Hall’s normal capacity, in which audience members are placed 9 feet – 12 feet apart in every direction.

Afterwardsness is part of the Armory’s Social Distance Hall commissioning initiative, which launches with SOCIAL! the social distance dance club (previews April 9-12; performances April 13-22) conceived by Steven Hoggett, Christine Jones, and David Byrne, and also includes Party in the Bardo by Laurie Anderson and Jason Moran (dates TBA). Social Distance Hall provides artists with the space and resources to create and present to in-person audiences new works devised for and reflective of a society grappling with COVID-19. The Armory, with its immense, 55,000-square-foot Wade Thompson Drill Hall and multiple airy rooms and entrances—featuring an air volume comparable to being outdoors—can provide an early pathway and model for the re-opening of the performing arts in New York and beyond.

Rigorous safety protocols for audiences that extend from arrival, entry, and seating to performance and departure have been developed, workshopped, and tested with invited audiences. Among these safety procedures are: masks worn properly at all times; a detailed and monitored system of audience flow to ensure artists, patrons, and staff are socially distanced at all times throughout their visit; contactless temperature-checks and ticket scanning outside at the door; no points of gathering in the building or on the sidewalk; no retail concessions, food and beverages, or ticket sales; restroom use limited to one person at a time, with cleaning between each use; and refreshing of the Drill Hall air three times pre-show and post show. Rapid Testing will be conducted on-site at the Armory.

Park Avenue Armory has developed very strict health and safety protocols that include wearing masks at all times and rigorously enforced point-to-point choreography that ensures that no individuals are ever less than a six-foot distance from each other. The plan meets or exceeds applicable governmental standards. The protocols satisfy or exceed the recommendations of Federal, State, and City agencies overseeing the response to the health crisis. However as noted above, the Armory will only open and present programming if health conditions and governmental regulations permit.

All tickets will be electronic/mobile-only. Individuals who held tickets for the original set of dates are being given first priority to rebook tickets for the rescheduled performances. Any remaining tickets will go on sale to the general public on Thursday, April 1 at armoryonpark.org. There will be no tickets available to purchase onsite. By purchasing a ticket to Afterwardsness, ticket buyers consent to being Rapid Tested for COVID-19 on site at Park Avenue Armory. For entry to the Armory, all audience members will be required to fill out a COVID-19 Screening Questionnaire and provide contact tracing information. No exceptions will be made.

Bill T. Jones (Artistic Director/Co-Founder/Choreographer: Bill T. Jones/Arnie Zane Company; Artistic Director: New York Live Arts) is the Associate Artist of the 2020 Holland Festival and recipient of the 2014 Doris Duke Performing Artist Award; the 2013 National Medal of Arts; the 2010 Kennedy Center Honors; a 2010 Tony Award for Best Choreography of the critically acclaimed FELA!; a 2007 Tony Award, 2007 Obie Award, and 2006 Stage Directors and Choreographers Foundation CALLAWAY Award for his choreography for Spring Awakening; the 2010 Jacob’s Pillow Dance Award; the 2007 USA Eileen Harris Norton Fellowship; the 2006 Lucille Lortel Award for Outstanding Choreography for The Seven; the 2005 Wexner Prize; the 2005 Samuel H. Scripps American Dance Festival Award for Lifetime Achievement; the 2005 Harlem Renaissance Award; the 2003 Dorothy and Lillian Gish Prize; and the 1994 MacArthur “Genius” Award. In 2010, Jones was recognized as Officier de l'Ordre des Arts et des Lettres by the French government, and in 2000, The Dance Heritage Coalition named Jones “An Irreplaceable Dance Treasure.” Jones choreographed and performed worldwide with his late partner, Arnie Zane, before forming the Bill T. Jones/Arnie Zane Dance Company in 1982. He has created more than 140 works for his company. Jones is the Artistic Director of New York Live Arts, an organization that strives to create a robust framework in support of the nation’s dance and movement-based artists through new approaches to producing, presenting, and educating. 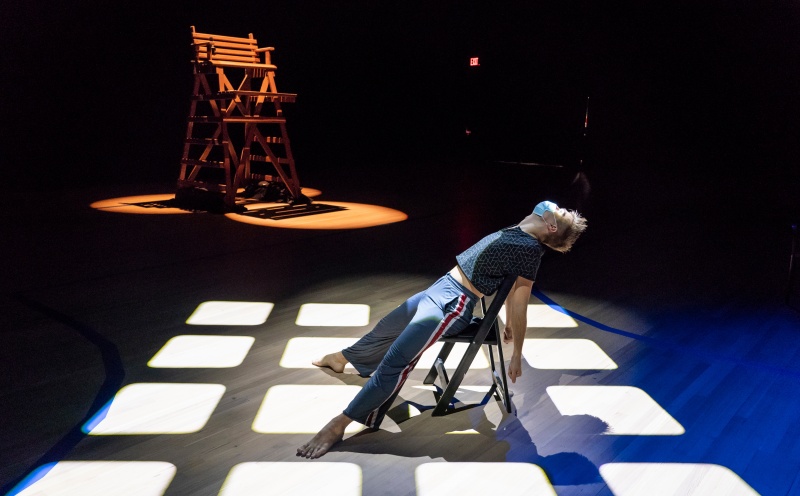