This summer, Phoenix Art Museum will present Freedom Must Be Lived: Marion Palfi’s America, the first major solo exhibition of the photographer’s incisive work since her death in 1978. A self-described “social research photographer,” Marion Palfi observed and documented victims of discrimination over three decades, exposing the links between racism and poverty in the United States. Organized by Phoenix Art Museum and the Center for Creative Photography (CCP), University of Arizona, and drawing exclusively from CCP’s vast Marion Palfi Archive, Freedom Must Be Lived features approximately 100 prints and extensive archival materials, many of which have never before been exhibited or published. Shedding light on Palfi’s career-long focus on themes of inequity, solitude, and racial victimization, the exhibition provides unprecedented insight into the work of a photographer who created one of the most powerful visual documentations of 20th-century American injustice. Freedom Must Be Lived will be on view July 8, 2020 through January 3, 2021.

“We are delighted to present this timely exhibition of Marion Palfi’s socially conscious photography with Freedom Must Be Lived: Marion Palfi’s America,” said Gilbert Vicario, the Deputy Director for Curatorial Affairs and the Selig Family Chief Curator of Phoenix Art Museum. “This powerful and poignant retrospective highlights an extraordinary photographer whose work has been under-recognized for more than four decades, furthering the Museum’s commitment to showcasing works by diverse artists whose legacies have not yet been fully acknowledged in the canon of art history.”

A German immigrant to the United States who fled during World War II, Palfi arrived in Los Angeles to a reality that stood in stark contrast with the myth of the American Dream. Outraged at the economic, racial, and social inequalities she encountered, Palfi spent the next three and a half decades traveling the nation to document various subjects, including the elderly, families of hate crime victims, abandoned children, residents of the Jim Crow South, Los Angeles-prison inmates, Puerto Rican immigrants in New York, white supremacist groups, and Navajo families who were the victims of forced relocation and “acculturation.” Her work was featured in numerous U.S. periodicals throughout her career, including Ebony and The New York Times, and she received sponsorships from the Council Against Intolerance in America, the NAACP, and the New York State Committee on Discrimination in Housing. Palfi also passed on her political and aesthetic philosophies through her role as an educator, teaching classes on the “social uses of photography” at the Photo League School (1948), The New School for Social Research (1959–1962), UCLA (1965–1966), and other institutions.

“Palfi’s vision and commitment to social justice allowed her to build a visual archive of otherwise ‘invisible’ Americans, reminding us of photography’s ability to influence social change by indelibly capturing a moment in time,” said Audrey Sands, PhD, the Norton Family Assistant Curator of Photography at Phoenix Art Museum, a joint appointment with the Center for Creative Photography. “Her trenchant, poetic, and piercing work, which reflects her compassion behind the lens, actively confronted the economic, racial, and political injustices that impinged her lifetime, so many of which still plague our country today. Given the continued resonance of these topics, now is the perfect moment to rediscover Palfi’s important work.”

Organized to showcase the four major projects of her career, the exhibition presents photographs from Palfi’s piercing nationwide study of disadvantaged children living in poverty and her civil rights-activist documentation of systemic racism against African Americans. Freedom Must Be Lived also includes work from her research into the abject living conditions of New York’s aging population, as well as her revelatory photographs, funded by a 1967 Guggenheim Fellowship, of the forced relocation of Hopi, Navajo, and Papago peoples from reservations in the Southwest. The exhibition’s numerous archival materials, including photobooks, magazine spreads, research journals, and grant applications, provide audiences with additional context about the scope of Palfi’s photographic practice.

Freedom Must Be Lived: Marion Palfi’s America is the most recent collaboration between Phoenix Art Museum and the Center for Creative Photography. Over the past 13 years, the two institutions have organized nearly 40 exhibitions that bring outstanding works spanning the history of photography to wider audiences in Arizona.

Freedom Must Be Lived: Marion Palfi’s America will be on view from July 8, 2020 through January 3, 2021 in the Doris and John Norton Gallery for the Center for Creative Photography. The exhibition is organized by Phoenix Art Museum and the Center for Creative Photography. It is made possible through the generosity of the Museum’s Circles of Support and Museum Members.

A German immigrant to the United States during World War II, Palfi trained as a studio portrait photographer and was mentored by Hungarian artist Martin Munkácsi before opening her own studios in Berlin and Amsterdam. After fleeing Germany during Hitler’s rise to power and arriving in the United States, Palfi began her work as a “social research photographer,” spending months at a time following the lives of individuals or families and thoroughly investigating and immersing herself in various communities. In the early 1940s, she joined the Photo League, the progressive New York collective aimed at effecting social change through photography, where she befriended photographers Berenice Abbott and Lisette Model, as well as other likeminded activists. Among her earliest, most ardent supporters were Langston Hughes, Eleanor Roosevelt, and the photographer and curator Edward Steichen, who included her work in the landmark Family of Man exhibition in 1955 at the Museum of Modern Art, New York. In 1967, she received a Guggenheim Fellowship, which she used to document the treatment of indigenous peoples in U.S. cities, and in 1974, she was awarded a National Endowment for the Arts grant to document the American prison system. Throughout her almost-40-year career, Palfi worked with magazines, published books, exhibited her work in libraries, and took on government-sponsored projects across the country. Organized into long photo essays and book proposals, her photographs are renowned for being visually arresting and inciting viewers to action. In 1983, CCP acquired Marion Palfi’s archive, which remains the definitive collection of her work.

Since 1959, Phoenix Art Museum has provided millions of guests with access to world-class art and experiences in an effort to ignite imaginations, create meaningful connections, and serve as a brave space for all people who wish to experience the transformative power of art. Located in Phoenix’s Central Corridor, the Museum is a vibrant destination for the visual arts and the largest art museum in the southwestern United States. Each year, more than 300,000 guests engage with critically acclaimed national and international exhibitions and the Museum’s collection of more than 20,000 works of American and Western American, Asian, European, Latin American, modern and contemporary art, and fashion design. The Museum also presents a comprehensive film program, live performances, and educational programs designed for visitors of all ages, along with vibrant photography exhibitions made possible through the Museum’s landmark partnership with the Center for Creative Photography, University of Arizona. To learn more about Phoenix Art Museum, visit phxart.org, or call 602.257.1880.

About the Center for Creative Photography

The Center for Creative Photography is recognized as one of the world's finest academic art museums and study centers for the history of photography. The Center opened in 1975, following a meeting between then University President Dr. John Schaefer and world-renowned photographer Ansel Adams. Beginning with the archives of five living master photographers—Ansel Adams, Wynn Bullock, Harry Callahan, Aaron Siskind, and Frederick Sommer—the collection has grown to include 270 archival collections. Among these are some of the most recognizable names in 20th century North American photography: Lola Álvarez Bravo, W. Eugene Smith, Edward Weston, and Garry Winogrand. Altogether there are over eight million archival objects in the Center's collection including negatives, work prints, contact sheets, albums, scrapbooks, correspondence, writings, audiovisual materials and memorabilia. In addition to whole archival collections the Center also actively acquires individual photographs by modern and contemporary photographers. There are currently more than 110,000 works by over 2,200 photographers. A library of books, journals, and exhibition and auction catalogues including many rare publications plus an extensive oral history collection complements the archival and fine print collections. The combined art, archival, and research collections at the Center provide an unparalleled resource for research, exhibitions, loans, and traveling exhibitions. The Center has a full schedule of exhibitions, programs, and events designed to deepen an understanding of how the medium impacts society. For more details, as well as information on Center membership and ways to get involved visit ccp.arizona.edu/home. 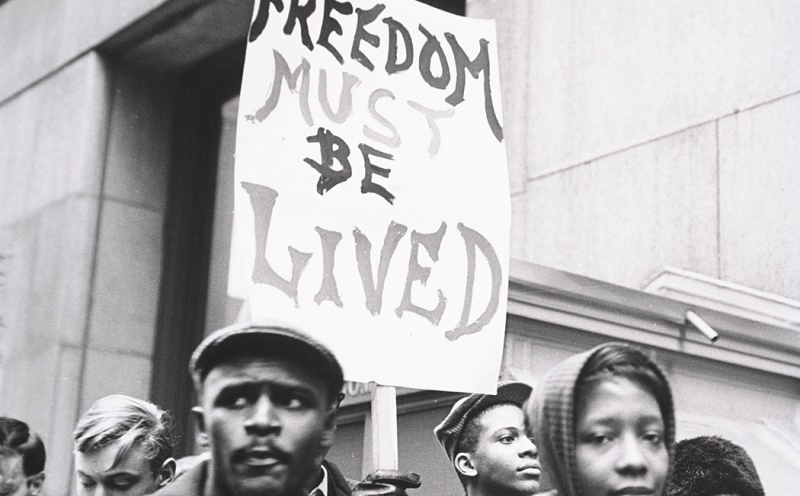