Exploring the deeper significance of America’s physical environment, Contemplating the View: American Landscape Photographs at the Addison Gallery of American Art examines the creative impulse to portray America’s landscapes from the dawn of photography to the present. Featuring over 150 works drawn from the museum’s expansive photography collection, the exhibition unites a range of images that interpret America’s natural and manmade features as potent symbols of a nation whose history is inextricably linked to the land, and reveals new perspectives on how America’s landscape shapes and is shaped by national identity. Whether historical or contemporary, abstract or representative, celebratory or critical, private exploration or social document, the works presented in Contemplating the View: American Landscape Photographs illuminate the complex and often contentious dynamic between culture and nature. Among the photographers included in the exhibition are Ansel Adams, Robert Adams, Lois Conner, Marcia Resnick, Carleton Watkins, Edward Weston, and Katherine Wolkoff. The exhibition is on view September 8, 2018–March 3, 2019 and is part of the Addison’s exploration of notions of place in American art during the museum’s 2018–2019 program.

“The American landscape has come to symbolize the nation’s most profound ideals and imperfections, representing bounty and independence, overdevelopment and corporate interests,” said Judith F. Dolkart, The Mary Stripp and R. Crosby Kemper Director of the Addison Gallery of American Art. “As environmental debates continue to shape our national discourse, we look forward to providing deeper insight into America as the ‘land of opportunity’ through the lenses of the some of the most iconic photographers of the 19th through 21st centuries.”

Providing contrasting viewpoints that highlight the transformation of the American landscape through time, Contemplating the View: American Landscape Photographs explores topics ranging from manifest destiny and land conservation to climate change and suburbanization. Highlights include:

Promoting development and tourism, mammoth-plate albumen prints of Yosemite such as Carleton Watkins’s Distant View of the Domes (c. 1880) highlight both the area’s sublime beauty and accessibility by presenting the wild frontier as a series of calm and classically ordered landscapes. Created 100 years later and depicting a tourist whose headscarf replicates the view of Yosemite before her, Roger Minick’s Woman with Scarf at Inspiration Point (1980) suggests the commodification of the picturesque.

Some artists look to the landscape as a site for formal and intellectual experimentation. Poetic and reductive abstractions such as Edward Weston’s Untitled (1930) attempt to reveal nature’s essence, while images such as Minor White’s Beginnings (1962) serve as expressions of inner thoughts and emotions. Conceptual images that mimic or augment the natural landscape such as John Pfahl’s Altered Landscapes (1981) and Marcia Resnick’s staged Landscape/Loftscape #13 (1976) are witty comments on both the land and the nature of photographic representation.

Reminders that human control over nature is temporary at best, Debbie Fleming Caffery’s black-and-white series including Stormy Day Ninth Ward (2006) charts the sudden devastation caused by Hurricane Katrina; Joel Sternfeld’s After a Flash Flood, Rancho Mirago (1979) depicts a tidy suburban home hovering over the precipice of a recent mud slide that has devoured the family car; and William Christenberry’s photograph Grave with Bed as Grave Marker - Near Faunsdale, Alabama (1965) captures the slow return to nature of all man-made things.

The Addison was one of the first American museums to actively collect and exhibit photography, making its first acquisition in this medium in 1934, and exhibiting images by artists such as Berenice Abbott, Margaret Bourke-White, and Walker Evans, as early as the 1930s. Recognizing the importance of photography as an art form, the Addison developed expansive photographic holdings, forging a collection that today includes works by Ansel Adams, Robert Adams, Diane Arbus, Dawoud Bey, Roy DeCarava, Nan Goldin, Sally Mann, Robert Mapplethorpe, Timothy O’Sullivan, Man Ray, Cindy Sherman, Alfred Stieglitz, and Carleton Watkins, among many others. Comprised of individual masterworks as well as multiple prints and portfolios by important photographers of the 19th and 20th centuries, the collection also boasts in- depth holdings of works by key individuals. These include the entire set of Eadweard Muybridge's The Attitudes of Animals in Motion (1881) and Animal Locomotion (1887); Robert Frank's pivotal series The Americans (1955); Danny Lyon’s Conversations with the Dead (1971) and The Bikeriders (1968); Bill Owens’ Suburbia (1972); as well as Cindy Sherman’s Murder Mystery Series (1976) and Laurie Simmons’s In and Around the House (1976–78). In addition, Phillips Academy alumnus Walker Evans is represented by over 150 photographs.

Contemplating the View is a companion to From Starfield to MARS: Paul Manship and his Artistic Legacy, opening at the Addison on September 15, 2018. The exhibition will examine the work and influence of the prominent early 20th-century sculptor Paul Manship (1885–1966) through two interconnected components: Art Deco at Andover considers the Addison's historic connection with Paul Manship, and Starfield through Contemporary Lenses presents the work of four artists-in-residence at the Manship Artists Residency + Studios (MARS) program established this year in Gloucester, Massachusetts. Both exhibitions extend the Addison’s year-long exploration of place within American art and our national identity.

Contemplating the View: American Landscape Photographs is organized by the Addison Gallery of American Art and curated by Allison N. Kemmerer, Mead Curator of Photography and Curator of Art after 1950.

This exhibition is generously supported by the Bernard and Louise Palitz Exhibitions Fund. 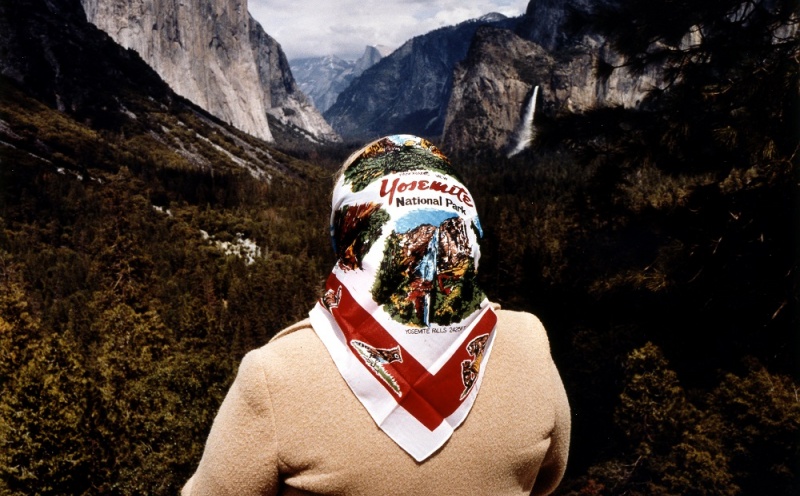