The Pollock-Krasner Foundation announced today that applications are now being accepted for the Charles C. Bergman Endowed Visiting Professorship of Studio Art at Stony Brook University’s College of Arts and Sciences. Made possible by an endowment from the Pollock-Krasner Foundation, the new visiting professorship was created in honor of the late Charles C. Bergman, who served as the Foundation’s Executive Vice President and then Chairman and CEO from the organization’s inception in 1985 until his death in 2018. The Foundation and Stony Brook University’s creation of this position celebrates Bergman’s commitment to the University and his lifelong devotion to the visual arts and artists, and celebrates the legacies of Lee Krasner and Jackson Pollock. Candidates interested in the position may apply now through May 8, 2020 by visiting https://apply.interfolio.com/74950.

“Charles C. Bergman’s insight and leadership were vital to establishing the Pollock-Krasner Foundation and guiding its mission to provide funding to working artists,” said Ronald D. Spencer, Chairman and CEO of the Pollock-Krasner Foundation. “We are proud to partner with Stony Brook University to create this visiting professorship to honor Charlie’s life and work. The University has been an eminent steward of the Pollock-Krasner House and Study Center in East Hampton, and we are pleased to support them in advancing the legacies of Lee Krasner, Jackson Pollock, and now Charlie Bergman.”

Stony Brook University is seeking candidates for the Charles C. Bergman Visiting Professorship in Studio Art position that have demonstrated excellence in their field of artistic production, and who will help to promote the continuing relevance of the life and work of Lee Krasner and Jackson Pollock, the Pollock-Krasner House and Study Center, and the Pollock-Krasner Foundation. The visiting professor will collaborate with the Director of the Pollock-Krasner House and Study Center on various educational activities, including an annual lecture or panel discussion for Stony Brook University students and the larger community.

In addition to the Charles C. Bergman Visiting Professorship, the Pollock-Krasner Foundation has a long history with Stony Brook University. The home of Krasner and Pollock in East Hampton, now known as The Pollock-Krasner House, was part of Krasner’s original bequest after her death in 1984. Following her wishes that the House be given to a charitable institution that could preserve the space as a place for the study of modern American art, the Foundation donated the House to Stony Brook University, who then built the Study Center and oversees its use today as a resource to artists and the Long Island community.

The Pollock-Krasner Foundation, formed in 1985, provides financial support for individual working artists of established ability through the generosity of Lee Krasner, a leading abstraction expressionist painter and spouse of Jackson Pollock. Based in New York and operating internationally, the Foundation’s grants enable artists to advance their practice. To date, the Foundation has awarded nearly 5,000 grants totaling more than $78 million in 78 countries. Recipients of Pollock-Krasner grants have noted the critical impact of this funding in allowing them concentrated time to work in the studio and prepare for exhibitions.

To provide additional support to its grantees, the Foundation maintains an up to date and comprehensive Grantee Image Collection representing the work of artists who have received grants since 1985. For more information, including guidelines for grant applications, visit the Foundation’s website: www.pkf.org.

Stony Brook University, widely regarded as a SUNY flagship, is going far beyond the expectations of today’s public universities. With more than 26,000 students, 2,700 faculty members, nearly 200,000 alumni, an academic medical center and 18 NCAA Division I athletic programs, it is one of only four University Center campuses in the State University of New York (SUNY) system. The University embraces its mission to provide comprehensive undergraduate, graduate, and professional education of the highest quality, and has been ranked among the top 35 public universities in the nation by U.S. News & World Report. Fostering a commitment to academic research and intellectual endeavors, Stony Brook’s membership in the Association of American Universities (AAU) places it among the top 65 research institutions in North America. The University’s distinguished faculty have earned esteemed awards such as the Nobel Prize, Pulitzer Prize, Indianapolis Prize for animal conservation, Abel Prize, and the inaugural Breakthrough Prize in Mathematics. Part of the management team of Brookhaven National Laboratory of the U.S. Department of Energy, Stony Brook is one of only eight universities that has a role in running a national laboratory. Providing economic growth for neighboring communities and the wider geographic region, the University totals an impressive $7.23 billion in increased economic output on Long Island. 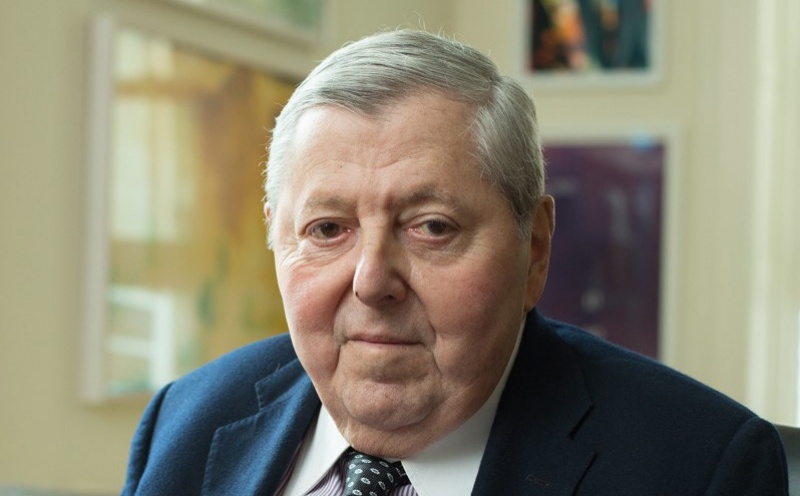 Other news about The Pollock- Krasner Foundation