Pulitzer Prize Winner and Former U.S. Ambassador to the United Nations Samantha Power to Discuss Her Memoir, 'The Education of an Idealist' at the Brooklyn Public Library

Brooklyn Public Library (BPL) will welcome Samantha Power, the Pulitzer Prize winner and former U.S. Ambassador to the United Nations, to its Central Library on Monday, October 21 at 7:00 p.m. to discuss her critically acclaimed memoir The Education of an Idealist. Power will be joined by Kurt Andersen for a conversation, free and open to the public, about what one person can do in a time of upheaval and division, with a look back on Power’s distinctly American journey from immigrant to war correspondent to presidential Cabinet official.

The discussion is part of the BPL Presents fall season, a series of free programs providing the public the opportunity to engage with world-renowned writers, scholars, and artists to discuss the important issues of our time.

“At Brooklyn Public Library we are committed to presenting not only the foremost writers and intellects of our time but also trailblazers who are courageous and inspiring, who open our eyes to the world around us and to the possibilities before us,”  said Linda E. Johnson, President and CEO of Brooklyn Public Library. “Samantha Power, former war correspondent and United States Ambassador to the United Nations, is one of the most relentless human rights leaders of our time who with a clear vision, strong sense of purpose, and wonderful sense of humor lets us into her world with her latest book, The Education of an Idealist. We are thrilled to welcome her to the library.”

In The Education of an Idealist, Ambassador Power transports us from her childhood in Dublin to the streets of war-torn Bosnia to the White House Situation Room and the world of high-stakes diplomacy. Humorous and deeply honest, The Education of an Idealist lays bare the searing battles and defining moments of her life and shows how she juggled the demands of a 24/7 national security job with the challenge of raising two young children. Along the way, she illuminates the intricacies of politics and geopolitics, reminding us how the United States can lead in the world, and why we each have the opportunity to advance the cause of human dignity. Power’s memoir is an unforgettable account of the power of idealism—and of one person’s fierce determination to make a difference.

Brooklyn Public Library events are free and open to the public. For more information on events and ticketing, please visit: https://www.bklynlibrary.org/bpl-presents

Samantha Power is the Anna Lindh Professor of the Practice of Global Leadership and Public Policy at Harvard Kennedy School and the William D. Zabel Professor of Practice in Human Rights at Harvard Law School. From 2013 to 2017, Power served in the Cabinet of President Barack Obama and as US Ambassador to the United Nations. From 2009 to 2013, Power worked on the National Security Council as Special Assistant to the President for Multilateral Affairs and Human Rights. Power’s book “A Problem from Hell”: America and the Age of Genocide won the Pulitzer Prize in 2003. She is also the author of the New York Times bestseller Chasing the Flame: One Man's Fight to Save the World. Power began her career as a journalist reporting from countries including Bosnia, East Timor, Rwanda, and Sudan, and she has been named by TIME as one of the world’s 100 Most Influential People and by Forbes as one of the World’s 100 Most Powerful Women. She immigrated to the United States from Ireland as a child, and lives in Massachusetts with her husband, Cass Sunstein, and their two children. 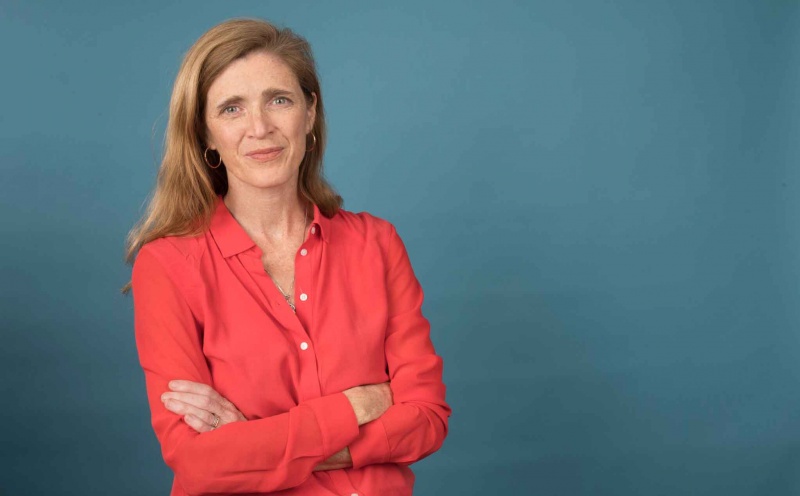