The Israel Museum, Jerusalem, continues its 50th Anniversary celebrations with a new exhibition addressing notions of individual and collective social identity within society. Opening on September 20, we the people brings together recent acquisitions in contemporary art with key loans to explore definitions of selfhood and to reflect on how individuals find solidarity with one another through shared beliefs, values, and cultural systems. Through an examination of ideals of freedom and of the power of collective action, the works on view represent a range of perspectives within a local and global context by artists including: Pawel Althamer, Cyprien Gaillard, Melanie Gilligan, Shilpa Gupta, Susan Hefuna, Yoav Horesh, Sala-Manca, Wolfgang Tillmans, Danh Vo, Lawrence Weiner, Artur Žmijewski, and Natalia Zourabova, among others.

"we the people examines the freedom of expression that art has afforded throughout centuries for the exploration of self and the search for a sense of belonging to a larger whole," said James S. Snyder, the Museum's Anne and Jerome Fisher Director. "When presented together, the works in this exhibition—among them, stunning examples of our Museum’s recent acquisitions in contemporary art —mirror in thought-provoking, sensitive, and, at times, humorous ways the complexities of the world's current geo-political climate. As we enter the second half of our 50th Anniversary exhibition year, we look forward to engaging our audiences in this conversation about contemporary creative exploration, which is also so much about life in our time."

we the people addresses how social order evolves from such diverse factors as politics, religion, technology, and language. From the formation of majorities and minorities to the impact of opposition within a given society, the works on view engage in a dialogue about how utopian ideals can be stimulated or constrained. Exhibition highlights include: 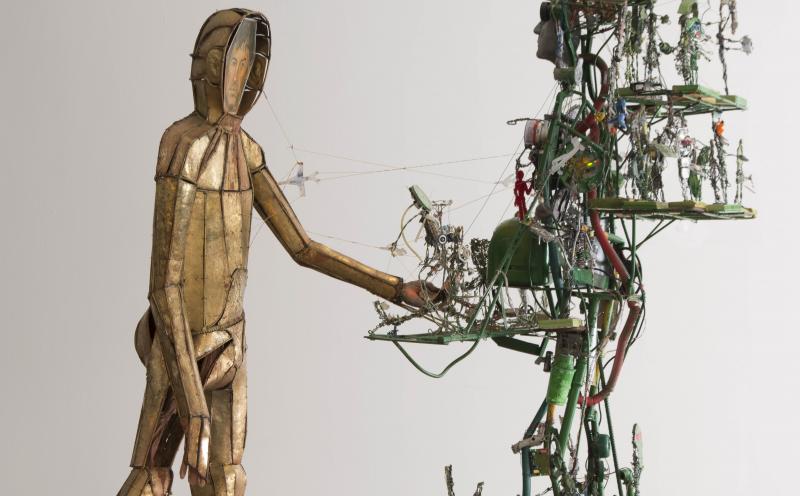