The Frick Collection announced today that Selldorf Architects has been selected to design a major upgrade, enhancement, and expansion of the institution’s facilities. Originally housed primarily in the residence of Henry Clay Frick, the institution today encompasses a constellation of buildings, wings, and gardens that have been built over the course of the past century. Working in partnership with Frick leadership and staff, Selldorf Architects will develop a design plan that addresses the institution’s pressing needs to accommodate the growth of its collections and programs, upgrade its conservation and research facilities, create new galleries, and—for the first time—allow for dedicated spaces and classrooms for the Frick’s educational programs. The new and enhanced facilities will be created within the museum’s built footprint and designed to foster a more natural and seamless visitor flow throughout the Frick’s exhibition galleries, library, and public spaces.

The appointment of Selldorf Architects to work with the Frick on the development of this design plan is the culmination of a rigorous 18-month process, which considered twenty architects from around the world with expertise in restoration and expansion of both historic and contemporary buildings and cultural institutions. The New York–based firm, led by Annabelle Selldorf, distinguished itself throughout the process for its creativity, vision, and approach, which respects the institution’s core goal of amplifying opportunities for intimate engagement with great works of art while preserving the domestic scale and aesthetic of the original home and the gardens. The Frick’s Architectural and Long-Range-Planning Committee, chaired by Trustee Dr. James S. Reibel and including President Emerita Helen Clay Chace, great-granddaughter of the museum’s founder, Henry Clay Frick, was unanimous in its decision, which was ratified today by the full board. As a next step, the Frick and Selldorf Architects will develop conceptual designs for the project, with initial plans expected to be shared with the public in winter 2017–18.

“Annabelle Selldorf is a visionary who creates elegant designs that seamlessly integrate the historic with the modern,” said Ian Wardropper, Director of The Frick Collection. “The firm understands and appreciates the value of institutional mission and has clearly demonstrated in past projects—such as New York’s Neue Galerie and the Clark Art Institute in Williamstown—how new designs can enrich, rather than overwhelm, already distinguished architectural spaces. Such an approach is essential to our project, which seeks to preserve the peaceful and contemplative experience that the Frick provides to its visitors. After a thorough and thoughtful selection process, we are thrilled to have found a partner so perfectly attuned to our institutional needs and who can work with us to preserve the residential scale and intimate character of the institution, which we value so deeply.”

Noted Margot Bogert, Chair of the Board of Trustees at The Frick Collection, “Throughout the selection process, Selldorf Architects demonstrated an innovative and sensitive approach to addressing the challenges inherent to this project and, more significantly, a deep respect for the characteristics and qualities that distinguish the Frick. We are looking forward to working with Selldorf Architects to create a comprehensive design plan that will enable us to better serve the public, scholars and students, as well as our staff.”

Founded in 1988, Selldorf Architects is internationally recognized for designing renovations and additions that honor a building’s original character and provide resources to better engage and serve contemporary audiences. The 65-person firm is known for creating public and private spaces that fuse contemporary sensibilities with enduring impact and for creating designs that enhance the experience of art. Past projects include the Neue Galerie in New York, which, like the Frick, was originally designed in 1914 by Carrère and Hastings; the Clark Art Institute, Williamstown, MA; the John Hay Library at Brown University, Providence, RI; and the Institute for the Study of the Ancient World, New York University. Annabelle Selldorf was the recipient of the 2014 American Academy of Arts and Letters’ Award in Architecture and the 2016 American Institute of Architects New York Chapter Medal of Honor.

“We are honored to play a part in this critical moment of the Frick’s continued evolution,” said Annabelle Selldorf, Principal and lead designer at Selldorf Architects. “Success for the project will be a visitor experience that feels deeply familiar, authentic, and reassuring for those who know and love the Frick, and a welcoming and enchanting atmosphere for those visiting for the first time. We’re looking forward to working with the Frick to develop a gracious design befitting a great institution.”

ABOUT THE FRICK’S BUILDINGS AND EXPANSION PROJECT

Designed by Carrère and Hastings and constructed in 1913–14, the original Frick house has undergone several expansions over the past century, most significantly during the 1930s when architect John Russell Pope undertook the conversion of the family home into a public museum. Pope’s expansion and additions nearly double the original size of the residence, and demolished the adjoining library building that had been added in 1924, in order to construct a larger library to accommodate its growing collections. An additional expansion and upgrade occurred in 1977, which included the creation of the 70th Street Garden. In 2011, the Portico Gallery was created by enclosing an existing loggia in the Fifth Avenue Garden.

Although its collections, attendance, and public programs have grown significantly over the past decades, the Frick’s facilities have not undergone a significant upgrade in almost 40 years. Many of the Frick’s critical functions are currently constrained—from the presentation, care, and conservation of its collections, to education programs and basic visitor services—having been retrofitted into spaces in and adjacent to the former residence.

The current project will open to the public new areas of the historic Frick residence, reorganize and upgrade existing spaces in the Frick’s buildings, and renovate underground facilities. It will create a more natural flow for visitors throughout the buildings, while enhancing and modernizing behind-the-scenes facilities to enable professional staff to work more efficiently and effectively. At the same time, the expansion will preserve the Frick’s uniquely intimate character and residential scale of the house and its gardens, both those original to the residence and replicated in more recent additions. When complete, the project will include:

Further details about the enhancement and expansion will be determined as Selldorf Architects works with Frick leadership to develop its designs. 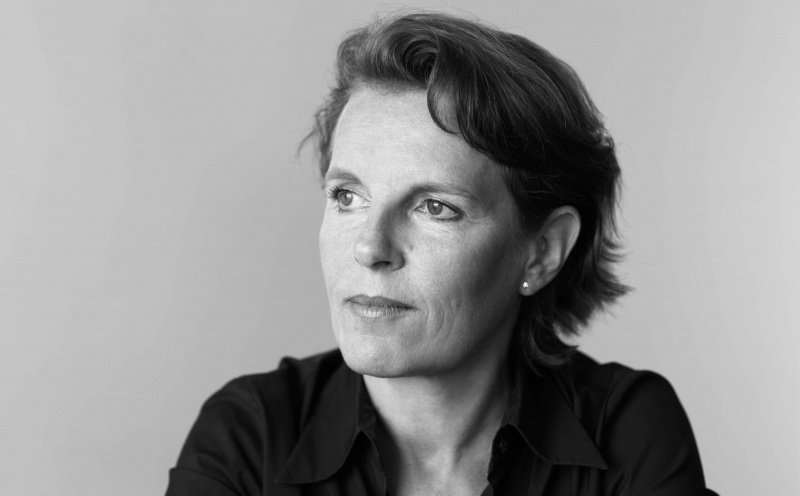