Sharjah Art Foundation (SAF) today announced the films presented with awards at the first edition of its new annual film festival, Sharjah Film Platform (SFP), held from 18 to 26 January 2019. The award for Best Narrative Film went to Cherries, directed by Dubravka Turic, with A Vacation, directed by Deniz Eroglu, receiving an honourable mention. I Have a Picture: Film No. 1001 in the Life of the Oldest Extra in the World, directed by Mohamed Zedan, was awarded Best Documentary Film, while A Stroll Down Sunflower Lane, directed by Mayye Zayed, was selected as Best Experimental Film.

Hosted in four venues across the city of Sharjah, United Arab Emirates, the inaugural edition of Sharjah Film Platform featured screenings of over 140 short and feature-length narrative, documentary and experimental films made by local, regional and international filmmakers as well as awards, talks, and workshops exploring the latest techniques and theories in film. Among the films screened were newly-created works by the awardees of the first annual SFP Short Film Production Grants, following an international open call held by Sharjah Art Foundation last year.

During the Sharjah Film Platform closing ceremony, Hoor Al Qasimi, Director of Sharjah Art Foundation, spoke about the importance of film to the foundation. ‘As you may know, Sharjah Art Foundation has worked with film in various ways for over a decade….Now, this new platform reinforces our long-term focus on film and reminds us how important it is to continue exploring new ways of supporting the cultural vitality of the communities in which we live and work.’

Building on over a decade of SAF support for film, SFP launched in 2018 as a three-pronged programme – encompassing the annual festival and Short Film Production Grants as well as a programme of talks and workshops. SFP continues and expands SAF’s commitment to serving as an advocate and catalyst for artists and cultural producers, including emerging and established filmmakers, film producers, critics and students.

Selected from an international open call, the inaugural edition of SFP included the screening of  more than 140 films, including both short and feature films in the documentary, narrative and experimental categories. Over 40 countries and 30 languages were represented. Among the 32 films making their premieres at SFP, two made by the SFP Short Film Production Grant awardees were screened on opening night: Laymoon by director Abdulrahman Al Madani (UAE) and Maryam by director Mohammed Al Hammadi (UAE).

In conjunction with the film screenings, SFP presented a public programme of talks and workshops exploring conceptual and practical issues in the film industry. Kicking off with a session on the new technologies of moving image, sessions ranged from discussions on VR and the future of the moving image to funding sources for MENASA artists and more. SFP’s programme of talks was accompanied by a series of hands-on workshops on the process of fimmaking from screenwriting to editing and digital effects. 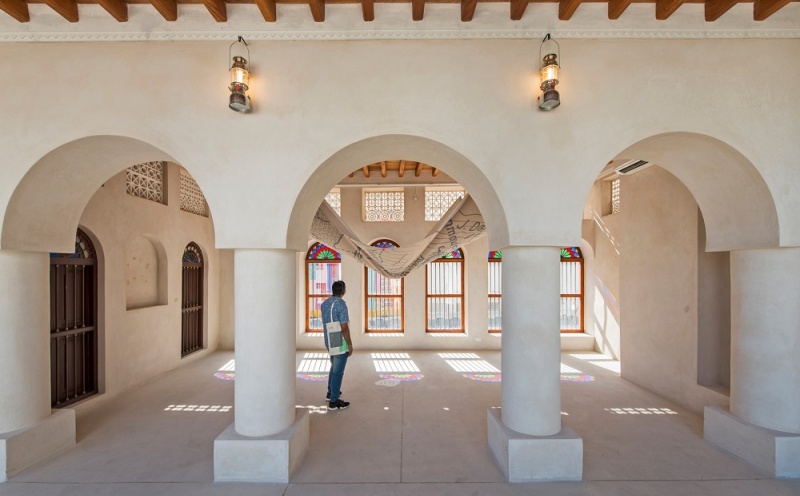