Sharjah Art Foundation (SAF) announced today the three curators for the next Sharjah Biennial, opening in March 2019: Zoe Butt, Omar Kholeif, and Claire Tancons. The 14th edition of the Sharjah Biennial (SB14), Leaving the Echo Chamber, will question the possibilities for producing art when material culture is under constant threat of human destruction and climate degradation, continuing the Biennial’s tradition of offering artists from the surrounding region and beyond an internationally recognised platform for exhibition and experimentation. Curators of the Sharjah Biennial have hailed from countries and institutions all over the world, and have explored biennial themes as diverse as climate change, agriculture, political conflict, and artistic production.

SB14 will include distinct exhibitions by each of the three curators, bringing together a range of experiences and works by contemporary artists—including major commissions, large-scale public installations, performances, and films—to explore the ways in which contemporary life, enabled by rapid technological change, has created a seemingly inescapable “echo chamber” of information, complex personal networks, and shifting narratives that are physical, spiritual, and virtual.

“Contemporary life is dominated by competing information and fluctuating histories—a reality that raises important questions about the trajectory of contemporary art, as well as the conditions in which it is made,” said Hoor Al Qasimi, President and Director of Sharjah Art Foundation. “Butt, Kholeif, and Tancons bring incredibly different perspectives to these questions, and together represent the complexity of challenges faced by today’s artists and society as a whole. The aim of the Biennial is to deepen the context of these questions through thought-provoking and often experiential works of art.”

On view in SAF buildings and courtyards across the city’s arts and heritage areas, as well as other spaces in Sharjah, Leaving the Echo Chamber will explore subjects ranging from migration and diaspora, to concepts of time and interpreted histories, in relation to today’s continuous loop or “echo chamber” of information and history. Invited to respond to the overarching issues and inquiries Leaving the Echo Chamber propose, the curators will present three distinct exhibitions, for which they will invite a selection of artists from around the world, as well as from the UAE and the surrounding region, to participate. Summaries of the three curatorial statements follow below:

Journey Beyond The Arrow gives deeper context to the movement of humanity and the tools that have enabled (or hindered) its survival. From spiritual ritual to cultural custom; from technological process to political rule of law; all such practices possess particular tools (object and action), which aid or abet mobility. In this exhibition, artists reveal the generational impact of a range of physical and psychological ‘tools,’ whose representation and meaning has shifted as a consequence of colonial exploit, religious conflict, or ideological extremism. Journey Beyond The Arrow seeks to illuminate the necessary diversity of humanity and its exchange across the globe.

Making New Time examines time as a unit of experience that is at once singular and collective, representing chaos and possibility. Unfolding in three parts, this exhibition examines the physical body through the lens of artists who have represented tactile figures and forms in vibrant ways to question how we experience ourselves in relation to others. From here, the exhibition moves into worlds of augmented and virtual reality, featuring works that establish how time has enabled new forms of shared experience. The presentation concludes with an investigation into the trials, tribulations, and traces of history, suggesting how our existence can be changed, altered, and re-imagined.

Look for Me All Around You questions if obscurity is the harbinger of futurity, darkness the site of seeing, and blackness the scene of unmasking. In Look for Me All Around You, what is being “looked for” is not what is being “looked at”—if only it could be seen. Standing witness to the imperilment of the contemporary in the atomised space between “me” and “you,” Look for Me All Around You seeks to eschew the sole realm of the retinal embedded within hegemonic structures of looking, learning, and feeling. It strives instead, through mechanisms of repossession of perception, to reflect and deflect encroaching conditions of dispossession and diaspora, between piracy, clandestinity and fugitivity.

Omar Kholeif is a writer and curator whose work focuses on the intersection of art, global politics, and emerging technologies. Currently the Manilow Senior Curator and Director of Global Initiatives at the Museum of Contemporary Art Chicago, Kholeif has held many esteemed positions including Curator at the Whitechapel Gallery, London; Senior Curator at Cornerhouse, Manchester; Curator at FACT, Liverpool; Head of Art and Technology at SPACE, London; Artistic Director of the Arab British Centre, London; and founding Director of the UK’s Arab Film Festival. He has curated numerous exhibitions, commissions, and programmes internationally, including Focus: Beyond Territory, Abu Dhabi Art (2017); Cyprus Pavilion, 56th Venice Biennale (2015); Abraaj Group Art Prize, Dubai (2015); Focus: Middle East, North Africa, and the Mediterranean, Armory Show, New York (2015); and Co-Curator of the Liverpool Biennial in 2012. Among his edited or co-edited books are Electronic Superhighway (2016), The Rumors of the World: Re-thinking Trust in the Age of the Internet (2015), and Moving Image (2015). Forthcoming single-authored books include The Artists Who Will Change the World and Goodbye World! Looking at Art After the Internet (2018).

Claire Tancons is a curator and scholar invested in the discourse and practice of the postcolonial politics of production and exhibition. Tancons’ independent vision has been supported by an Andy Warhol Foundation Curatorial Fellowship (2008), a Prince Claus Fund Artistic Production Grant (2009), and two Curatorial Research Fellowships from the Foundation for Art Initiatives (2007, 2009). She has curated for established and emerging international biennials including Prospect New Orleans (2008), the Gwangju Biennale (2008), the Cape Town Biennial (2009), Biennale Bénin (2012), and the Göteborg Biennial (2013). Other curatorial highlights include En Mas’: Carnival and Performance Art of the Caribbean, an Emily Hall Tremaine Exhibition Award-winning traveling curatorial platform (2014–present); Up Hill Down Hall, a BMW Tate Live commission in Tate Modern’s Turbine Hall (2014); and Tide by Side, the opening ceremony of Faena Art’s Miami Beach district (2016). Tancons was recently the Artistic Director of etcetera: a civic ritual for Printemps de Septembre in Toulouse (2017), and is currently a curator for the Origins Season of the National Sawdust in New York (2017–18) and co-curator of the first edition of Tout-Monde, a festival of the Cultural Services of the French Embassy for the arts of the Caribbean in Miami (2018–19). 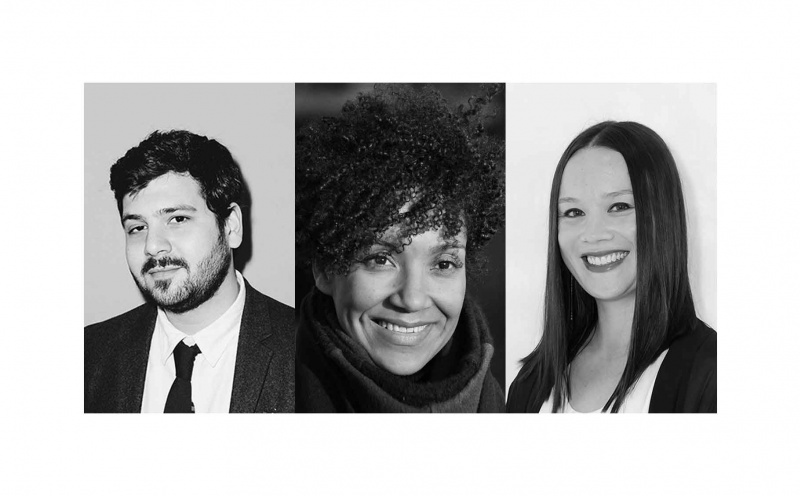