Hoor Al Qasimi, President and Director of Sharjah Art Foundation, today announced the appointment of Dr Omar Kholeif to the newly created position of Director of Collections and Senior Curator, where he will lead the foundation’s acquisition strategy and develop a year-round programme of exhibitions, as well as shape international partnerships, organise symposia and develop publications. Kholeif will also work in collaboration with Al Qasimi and the Sharjah Art Foundation team in developing plans for Jurainah Art Space—a new, 13,000 square-meter building that will house the foundation’s growing collection of more than 1,000 works of contemporary and 20th-century art rooted in the region and radiating internationally. Kholief begins his new role in June 2019.

Al Qasimi also announced the creation of the Jurainah Art Space, an interactive centre that will bring together the local community with international artists, researchers and visitors to Sharjah. Jurainah Art Space will showcase installations drawn from the foundation’s collection, rotating exhibitions and symposia, and will also be home to an archive of every edition of the Sharjah Biennial from 1993 to the present. It will be free and open to the public, serving as an educational resource and community gathering space featuring multipurpose rooms, courtyards, a bookstore, a restaurant and a cafe. Jurainah Art Space continues Sharjah Art Foundation’s growth through a combination of new and revitalized spaces and will be located adjacent to both Sharjah University City, which is home to many of the Emirate’s institutions of higher learning and a popular retail district. Designed by Mona El Mousfy, architect founder of SpaceContinuum, the building is anticipated to open in 2022.

In his new role, Kholeif will also lead acquisition strategy and curate a programme of installations drawn from the SAF collection and special exhibitions. Over the past 10 years, Sharjah Art Foundation has been building a collection rooted in contemporary artists from the region and their predecessors, together with works by artists it has commissioned for the Sharjah Biennial and others from around the world engaged in ideas of interest to the people of the UAE. Spearheaded by Al Qasimi, this ground-breaking collection is the first to place MENASA artists at the centre of an international art dialogue. The collection holds important works and commissions by such artists as Ibrahim El-Salahi, Wael Shawky, Emily Jacir, Hrair Sarkissian, John Akomfrah and Mona Hatoum, as well as major works by 20th-century masters including Hassan Sharif, Marwan and Rasheed Araeen, among many others.

‘Sharjah Art Foundation—first through the Sharjah Biennial and now through a year-round series of exhibitions and programs—has been both a vital international advocate for contemporary artists from the region and a convener that has brought important artists from around the world to Sharjah for more than a decade. The appointment of Dr Omar Kholeif and the development of Jurainah Arts Space together demonstrate the continuity of this work,’ stated Hoor Al Qasimi, Director of Sharjah Art Foundation. ‘As a leading curator and scholar with a deep knowledge of both the artists and art history of the region and the broader international arts dialogue, Omar brings a critical new dimension that will greatly enhance the advancement of our mission both within the UAE and internationally.’

‘I am incredibly excited to be working with Hoor and the SAF team, to dream of the full art historical scope and potential of the foundation, especially its collection,’ said Dr Omar Kholeif. ‘It is increasingly one of the most important collections in the region and it is a privilege and an honour to lead its continued development and ultimately create ways to share it with the public in Sharjah and internationally. Moreover, having the opportunity to create exhibitions for the foundation represents an exciting opportunity to build upon its ground-breaking work in fostering international exchange and collaboration.’

Dr Omar Kholeif has organised more than 100 exhibitions, special projects and commissions around the world over the past decade, including Sharjah Biennial 14: Leaving the Echo Chamber: Making New Time, on view through June 10. Prior to joining SAF, Kholeif was Manilow Senior Curator and Director of Global Initiatives at the Museum of Contemporary Art (MCA) Chicago, where he curated major exhibitions and oversaw significant acquisitions with a focus on contemporary and 20th-century artists of the Global South, including Michael Rakowitz, Otobong Nkanga, Lawrence Abu Hamdan, Walid Raad, Basim Magdy, Etel Adnan and Marwan, among many others. Kholeif also served as Curator at Whitechapel Gallery, London; Head of Art and Technology at Space, London; Senior Curator at Cornerhouse and HOME, Manchester; and Curator at FACT, Liverpool; and he is the author or editor of more than 20 books on contemporary art.

Egyptian-born, Dr Omar Kholeif is a writer and curator, who, over the last decade, has curated more than 100 exhibitions, special projects and commissions globally. He has authored and/or edited more than 20 books and catalogues on art, including recent publications Goodbye, World! Looking at Art in the Digital Age (Sternberg Press, 2018) and The Artists Who Will Change the World (Thames and Hudson, 2018). Kholeif's most recent projects include Time, Forward!, the V-A-C Foundation's contribution to the 58th Venice Biennale, the 14th Sharjah Biennial: Leaving the Echo Chamber: Making New Time, as well as upcoming projects including the first retrospective of David Lynch's art in the UK for the Manchester International Festival and Focus: Drawing, Tracing, and Mapping at Abu Dhabi Art. He also recently served as a Visiting Tutor at the Ruskin School of Art, University of Oxford.

Prior to his time with the MCA Chicago, he was Curator at Whitechapel Gallery, London, where he curated Emily Jacir: Europa, which travelled to the Irish Museum of Art. He also curated the blockbuster Electronic Superhighway, which travelled to MAAT in Lisbon. He also instigated the major collaboration with the Barjeel Art Foundation, Imperfect Chronology: Arab Art from the Modern to the Contemporary, as well as projects with the V-A-C Foundation including Mike Nelson, Fiona Banner, Lynette Yiadom-Boakye and James Richards.

He has also been Senior Curator at Cornerhouse and HOME, Manchester—where he curated solo shows of Sophia Al-Maria and Joana and Hadjithomas and Khalil Joreige—the latter which was a collaboration with the MIT List Center. Prior to that, he was Curator at FACT—Foundation for Art and Creative Technology—where he organised exhibitions of Akram Zaatari and Ahmed Basiony. His multiple curatorial projects include Focus: Middle East, North Africa and the Mediterranean at the Armory Show, New York; Abraaj Group Art Prize; Cyrus Pavilion at the 56th Venice Biennale; and contributing curator to the 2012 Liverpool Biennial.

Kholeif is a Churchill Fellow, Fellow of the Royal Society of Arts and member of AICA—the International Association of Art Critics. He has served on numerous juries, including those for the Film London Jarman Award and the Thoma Foundation Arts Writing Award in Digital Art and has received awards and grants from major organisations, including the Graham Foundation for the Advanced Study in the Fine Arts and the Andy Warhol Foundation ǀ Creative Capital. In 2016, he was the Goldberg Visiting Professor/Curator at Hunter College, New York. He holds MA degrees from the University of Glasgow and Royal College of Art, London as well as a PhD from the University of Reading and the University of the Arts, Zurich. 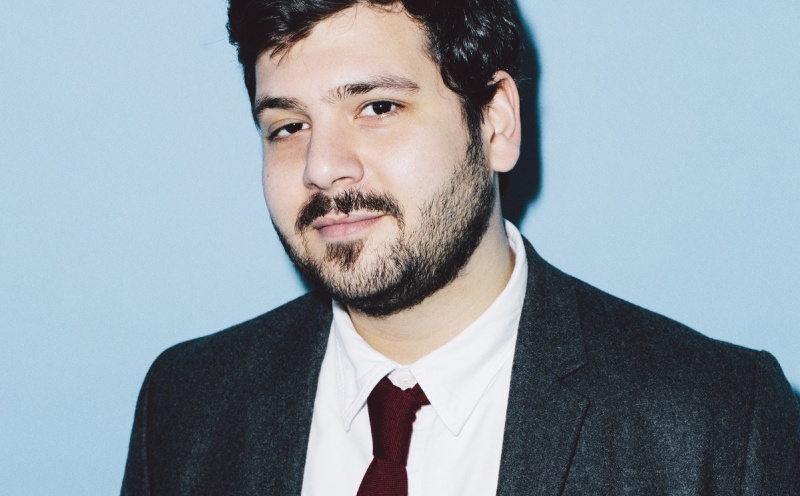