A total of 200,000 USD is available to the selected artists in this application cycle. The success of a proposal will be determined by merit rather than budget, and projects with budgets that range from a modest to ambitious scale will be considered. The selected artists’ projects will be developed, produced and presented in a collaboration between the artist/s and SAF.

The submission deadline for the current grant cycle is 15 January 2018, and selected projects will be announced on 16 March 2018. For more information, visit http://sharjahart.org/sharjah-art-foundation/events/open-call-production...

About the SAF Production Programme

The past decade has seen an extraordinary rise in artistic activity throughout the MENASA region, resulting in increased visibility for artists, both regionally and internationally. Within this context, SAF hopes to promote and encourage an environment of public and private patronage for the highest level of artistic endeavour. The SAF Production Programme furthers this goal by broadening the possibilities for the production of art in the MENASA region through the support of innovation and excellence in artistic practice and the encouragement of risk-taking and experimentation. Since the launch of the Production Programme in 2008, over 1000 submissions have been received, over 500 applications considered and 55 projects selected for production and presentation.

The programme cycle is every two years, with an open call announced in the autumn and the decisions announced in the spring after submissions are reviewed and projects selected by an international jury. One of SAF’s core initiatives, the Production Programme works to engage and challenge artists and audiences aesthetically, intellectually, emotionally, socially and politically in new and unexpected ways.

The Sharjah Art Foundation is an advocate, catalyst and producer of contemporary art within the Emirate of Sharjah and the surrounding region, in dialogue with the international arts community. Under the leadership of founder Hoor Al Qasimi, a curator and artist, the foundation advances an experimental and wide-ranging programmatic model that supports the production and presentation of contemporary art; preserves and celebrates the distinct culture of the region; and encourages a shared understanding of the transformational role of art.

The foundation’s core initiatives include the long-running Sharjah Biennial, featuring contemporary artists from around the world; the annual March Meeting, a convening of international arts professionals and artists; grants and residencies for artists, curators, and cultural producers; ambitious and experimental commissions; and a range of traveling exhibitions and scholarly publications.

Established in 2009 to expand programs beyond the Sharjah Biennial, which launched in 1993, the foundation is a critical resource for artists and cultural organizations in the Gulf and a conduit for local, regional and international developments in contemporary art.

The foundation’s deep commitment to developing and sustaining the cultural life and heritage of Sharjah is reflected through year-round exhibitions, performances, screenings and educational programs in the city of Sharjah and across the Emirate, often hosted in historic buildings that have been repurposed as cultural and community centers.

A growing collection reflects the foundation’s support of contemporary artists in the realisation of new work, and its recognition of the contributions made by pioneering modern artists from the region and around the world.

Sharjah Art Foundation is a legally independent public body established by Emiri Decree and supported by government funding, grants from national and international non-profits and cultural organisations, corporate sponsors and individual patrons. All events are free and open to the public. 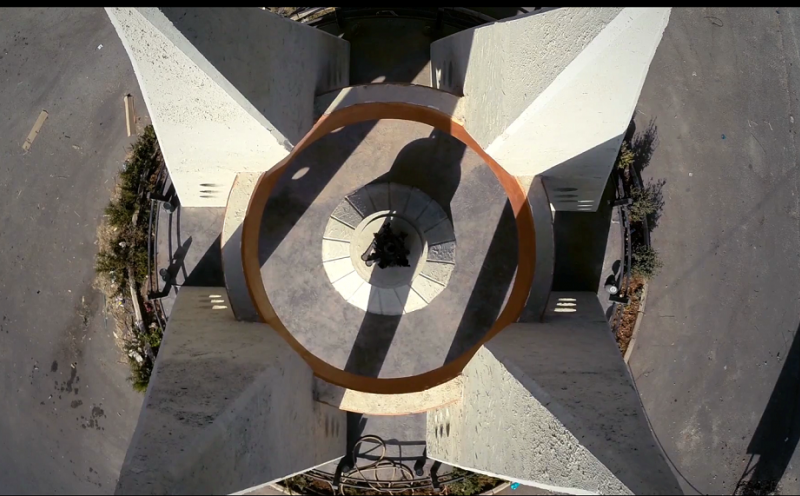