The forthcoming Spring – Fall 2019 season at the Israel Museum, Jerusalem, presents a diverse range of compelling exhibitions showcasing acclaimed artists and iconic works from across the globe, fostering unexpected and dynamic dialogue between historic and contemporary pieces spanning archaeology, painting, ceramics, and photography. From a presentation of seminal Modern artworks and photography to a major exhibition tracing the evolution of the Greco-Roman god Pan into the fictional Peter Pan character created in 19th-century Britain, the upcoming season will offer opportunities for audiences to engage with the Museum’s collections in new ways.

The works on display will include treasures on loan from leading private and public institutions around the world, including the British Library, the Louvre Museum, the National Archaeological Museum, Athens and the Museum of Fine Arts, Bern. The season will also present around 85 paintings, drawings, and prints from the "Schwabing Art Trove," a collection discovered in 2012-14 in Munich and Salzburg, belonging to the Gurlitt trove. A collection amassed by Dr. Hildebrand Gurlitt, museum director, dealer, collector, and agent for the Nazi Third Reich, the exhibition features the ongoing research into the provenance of the artworks while providing insight into the life and times of the man himself.

“Over the coming months, the Israel Museum will offer new insights into its diverse collections, presenting an exciting and innovative range of exhibitions that will offer new stories and perspectives that foster fascinating connections between different cultures and time periods,” states Isaac Molho, Chairman of the Museum’s Board of Directors. “Through such unique programming, the Israel Museum continues to build on its reputation as the country’s foremost cultural institution and one of the world’s leading encyclopedic museums.”

“We are delighted to present our visitors with an exhibition season that combines curatorial rigor with accessibility, creating a unique experience that will engage local and international audiences in new and meaningful ways,” states Professor Ido Bruno, Anne and Jerome Fisher Director of the Israel Museum. “Over the next six months, we will push the boundaries of multidisciplinary programming, opening exhibitions that celebrate the donation of one of the most significant collections of Modern photography ever held in private hands; feature the diary of Israel’s first astronaut, which was recovered from a field in Texas following the Space Shuttle Columbia explosion in 2003; and present a monumental contemporary video installation by New Zealand artist Lisa Reihana alongside objects from the Museum’s rich holdings of Oceanic Art.”

Veiled Women of the Holy Land

This exhibition, the fruits of scholarly research and fieldwork carried out by the exhibition curator, sheds light on the similarities that exist between the multi-layered coverings among pious Jewish, Muslim, Druze, and Christian women in Israel, the West Bank, and the Gaza strip. Contextualized within a growing trend adopted by Jewish and Muslim women over the last twenty years in the region to wear religious over-coverings, Veiled Women of the Holy Land highlights how these garments reflect a non-verbal intercultural dialogue between them, which is inspired also by clothing worn by nuns. The exhibition includes a pioneering video work by interdisciplinary artist Ari Teperberg that features three actresses vocalizing personal accounts of women from different religions gathered by the curator during her research. A display of thirteen contemporary outfits and expressive photographs fosters insights into this trend, and together aims to cultivate an open and objective discussion on the subject.

Through Time and Space

Two manuscripts linked by their survival through extraordinary circumstances are the focus of Through Time and Space: the diary of Ilan Ramon, Israel’s first astronaut, which was found in a field in Texas after the 2003 explosion of the Space Shuttle Columbia and sections of the Enoch Scroll, which was discovered among the Dead Sea Scrolls around 70 years ago and is over 2,000 years old. Shown together, these two documents reveal surprising similarities, from their fragmented appearance to the circumstances of their survival, to their poignant and evocative first-person accounts of journeying through the cosmos and looking down on Earth from space. A miniature Torah scroll displayed alongside the recovered pages – the twin of a scroll taken by Ilan Ramon into space – completes the exhibition's moving narrative.

Peter and Pan: From Ancient Greece to Neverland

This exhibition traces the metamorphosis of the Greco-Roman nature god Pan into the fictional Peter Pan character created by Scottish author James Matthew Barrie in 1902. The ancient Greek god Pan was an unruly, pastoral god who represented the allure of nature – both its calming and destructive aspects. When he reappeared at the turn of the 20th century, Britain was at the height of a century-long process of industrialization, which wreaked ecological havoc on the land and was accompanied by social and cultural upheaval. As much of the population lived in cold, alienating cities, it is not surprising that the ancient nature god and the eternal boy whom he inspired were enthusiastically embraced. The exhibition delves into this evolution through an exciting range of objects spanning the history of the figure, including archaeological finds – ancient statues, reliefs, and frescoes – as well as early editions of Peter Pan and original book illustrations. These are accompanied by films, books on fairies, botanical illustrations, landscapes, and original sketches by the animators of Walt Disney Productions. The objects on display are from the Israel Museum collection, other local institutions and private collectors, and the Louvre, Paris, the National Archaeological Museum, Athens, and the Walt Disney Family Museum, San Francisco.

This display of New Zealand artist Lisa Reihana’s renowned work In Pursuit of Venus (Infected) commemorates the 250th anniversary of the voyages of Captain Cook, his encounters with native populations, and how their interactions effected the history of the Pacific islands. A panoramic digital work that premiered at the Venice Biennale in 2017, In Pursuit of Venus (Infected) weaves together a mixture of film and animation populated with real and invented encounters with indigenous people to re-imagine the iconic wallpaper Les Sauvages de la Mer Pacifique, created two centuries ago to represent European exploration during the 18th century. Reihana’s acclaimed video is displayed alongside objects from the Museum’s rich holdings of non-Western art that are similar to those collected by Cook, including exquisitely carved Māori ceremonial artifacts and Alexander Shaw’s 1787 catalogue of tapa specimens, which were collected on Cook’s voyages. The juxtaposition of historical objects and a contemporary work allows audiences to connect the past in a new way.

Exhibition curator: Dorit Shafir, Senior Curator of the Arts of Africa and Oceania.

Bauhaus: Our Work, Our Play, Our Party (working title)

Taking its title from Johannes Itten’s saying “our play, our party, our work,” this exhibition focuses on the educational aspects of the Bauhaus school, delving into its avant-garde style and experimental approach, its vision of a utopian society, and its extraordinary group of teachers, among them Wassily Kandinsky, Paul Klee, and László Moholy-Nagy. Bauhaus: Our Work, Our Play, Our Party traces the different stages of a Bauhaus student’s initiation process, starting with the famed “preliminary courses,” introducing visitors to the acclaimed teachers that led the school and offering them new levels of engagement with color, shape, materiality, and space. In the second stage of the exhibition, visitors progress from play to unstructured experimentation to understand the process behind creating a finished work, becoming active participants as they engage with a range of Bauhaus objects spanning different media and presented in an immersive installation.

A Modern Love: Photographs from the Israel Museum

A Modern Love showcases the range and significance of the Israel Museum’s Modern Photography Collection, celebrating the acclaimed Noel and Harriette Levine Collection within the context of other major institutional gifts. Featuring around 200 rare works created between 1900 and 1945, A Modern Love illuminates both iconic and lesser-known European and North American photographers, presenting a unique exploration of the period. Lesser-known female artists such as Liselotte Grschebina, ringl+pit, and Frieda Meyer Jakobson are displayed alongside Alfred Stieglitz’s The Steerage and Equivalent series, Edward Weston’s vegetables and nudes, Eugène Atget’s boulevards of Paris, August Sander’s typologies of German society, Man Ray’s photograms and abstractions, Berenice Abbott’s changing New York, André Kertész’s Hungary, and many other iconic treasures. The exhibition is accompanied by audio guides offering expert insights and a comprehensive publication comprising historical background and curatorial interpretation around each work.

This large-scale solo show by leading contemporary Israeli painter Gilad Efrat explores the evolution of his unique painting style and approach, typified by “digging” into layers of paint. Starting with his earliest works, which focus on local and politically significant archeological sites, the exhibition moves to his later depictions of barren deserts, swamps, and moonscapes, before showcasing his most recent abstract paintings. Of special focus in the exhibition are Efrat’s large-scale close-up portraits of apes from the Houston Zoo, which depict primates that who painted in the Zoo as a recreational activity. Unable to create figurative depictions, the apes created abstract works that were sold by the Zoo. These poignant portraits mark a significant moment in Efrat’s transition to abstraction. They address the tension between the figurative and the abstract, and the cerebral and the intuitive – major issues in modern and contemporary art in general, and in painting specifically.

This September, the Israel Museum collaborates with the Kunstmuseum in Bern to present an exhibition focusing on around 85 works of art from the intriguing Schwabing Art Trove: a collection discovered in 2012, which was amassed by Dr. Hildebrand Gurlitt (1895–1956), who was a museum director, art dealer, and agent for the Third Reich. Fateful Choices explores the life and times of Gurlitt and showcases the diverse range of the works he acquired throughout his professional career. Paintings, drawings, and prints by Manet, Monet, Renoir, Otto Dix, Oskar Kokoschka, George Grosz, and Max Beckmann will be displayed alongside Dutch still life paintings from the 17th century, Rococo pastels from the 18th century, and 19th century Biedermeier-style portraits. The provenance research on the content of this art trove is ongoing, and with it the search for the rightful owners of the works. This exhibition supports these efforts and will provide insight into the research already completed.

An International Advisory board consisting of members from Israel, Switzerland, and Germany was appointed earlier this year to assist with the academic aspects of this display.

A Glimpse of Paradise

100 Years of Armenian Ceramics of Jerusalem

100 Years of Armenian Ceramics in Jerusalem presents the story of one hundred years of Armenian ceramics in Jerusalem (1919–2019). The exhibition reveals for the first time surprising aspects of the art form, set against the backdrop of the changing realities of Jerusalem in the 20th century. The display of ceramic works from Israel and around the world presents a fascinating historical narrative that unites the three religions of the Holy City. Contemporary Armenian artists have been commissioned to create artworks inspired by ancient mosaics with contemporary Israeli artist and students from the Bezalel Academy of Arts and Design. Visitors will be able to experience stories, artifacts, and images from both past and present. 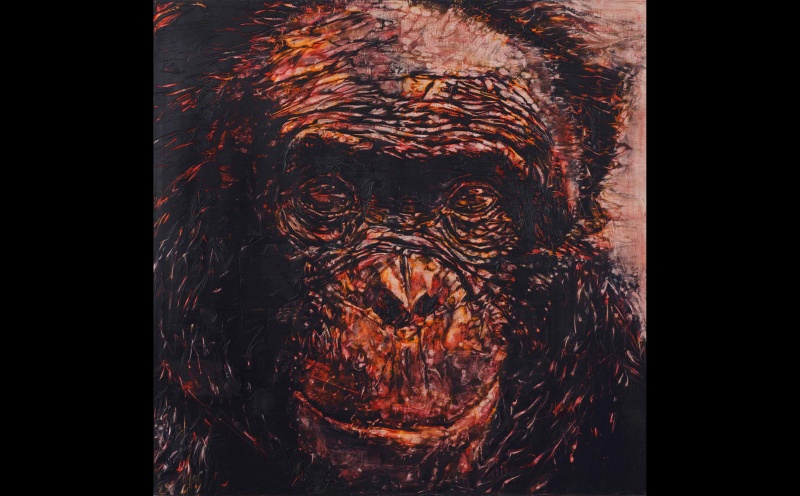