In celebration of Dada’s 100th anniversary in 2016 and the centennial of Duchamp’s Fountain in 2017, the Israel Museum presents a major exhibition tracing the artistic appropriation of domestic objects, from the early 20th century through the present day. No Place Like Home examines how artists over the past century have incorporated commonplace household items into their work, removing them from the context of the home in ways that subvert everyday experience. Transforming its galleries into a quasi-domestic interior, the Museum will place works by artists ranging from Marcel Duchamp and Man Ray, Claes Oldenburg, Andy Warhol, and Martha Rosler, to Louise Bourgeois, Mona Hatoum, and Ilit Azoulay back into a home setting in order to trigger new thoughts and perspectives on the familiar. The exhibition is on view from February 23, 2017 through July 29, 2017.

“The emergence of Dada profoundly changed the vocabulary of creative expression and challenged tradition by elevating everyday objects into what would become icons of 20th-century art,” said James S. Snyder, Anne and Jerome Fisher Director of the Israel Museum. “As one of the leading international centers for the research and display of Dada and Surrealism, it is a privilege for us to celebrate the wellspring of creativity that Dada provoked a century ago with a pioneering exhibition inspired by the spirit of the movement itself.”

Curated by Dr. Adina Kamien-Kazhdan, No Place Like Home unites 120 art objects, 70 of which are drawn from the Museum’s own collections, together with loans from sister institutions including the Centre Pompidou, Paris; Museum of Modern Art, New York; and Tate, London; as well as from private collections, galleries, and artists worldwide. The exhibition will be organized as a series of “rooms,” suggesting a traditional domestic interior, with artworks installed in corresponding galleries labelled “bedroom,” “living room,” “bathroom,” and other living areas.

The exhibition layout and the range of works on view will create an experience of a “home” that is at once familiar and disorienting. The placement, proportion, and hybridization of objects will encourage viewers to reconsider their meanings—both as works of art and as functional objects. Rather than being an actual space for habitation, the galleries will become charged with ideas negotiated in the domestic space, among them gender roles, “house” work, and questions of place and displacement.

“What is a home? Is it a place or an idea?” asks Kamien-Kazhdan. “These are just a few of the questions raised by this exhibition, whose artworks, quasi-home setting, and IKEA-inspired catalogue aim to create a holistic experience for the visitor to reflect on the realm of the domestic in modern and contemporary art practice.”

The Israel Museum is recognized as a leading international repository for the research and display of Dada and Surrealist art, thanks to a consistent history of gifts since its founding 51 years ago. First and foremost is Arturo Schwarz, who in 1972 gifted a complete set of readymades by Marcel Duchamp, followed in 1991 by his further gift of a rare holding of Dada and Surrealist documents, periodicals, books, manuscripts, and letters; and in 1998, on the occasion of Israel’s 50th Anniversary, the donation of his collection of more than 800 works of Dada, Surrealist, and pre-Surrealist art, including unparalleled holdings of individual artists such as Duchamp and Man Ray within a total ensemble of works by over 200 artists. Remarkable in quality and breadth, the Vera and Arturo Schwarz Collection comprises a central core of the Museum’s Dada and Surrealist holdings.

The exhibition is generously supported by IKEA Israel and Matthew Bronfman, New York, with additional support from Grace Frankel and Hanns Salzer Levi, Marbella, Spain, and the Museum’s 2017 Exhibition Fund.

No Place Like Home is curated by Dr. Adina Kamien-Kazhdan, the Israel Museum’s David Rockefeller Senior Curator in The Stella Fischbach Department of Modern Art. The exhibition is accompanied by an IKEA-inspired catalogue, featuring essays by contributing architects and art historians that shed light on the varied interpretations of the domestic object and on topics ranging from the relationship between architecture and psychoanalysis, gender, and the domestic object to an exploration of place and displacement. The catalogue is made possible by Nancy Wald, Oxford, in honor and in memory of her parents, Benjamin and Frances Miller. 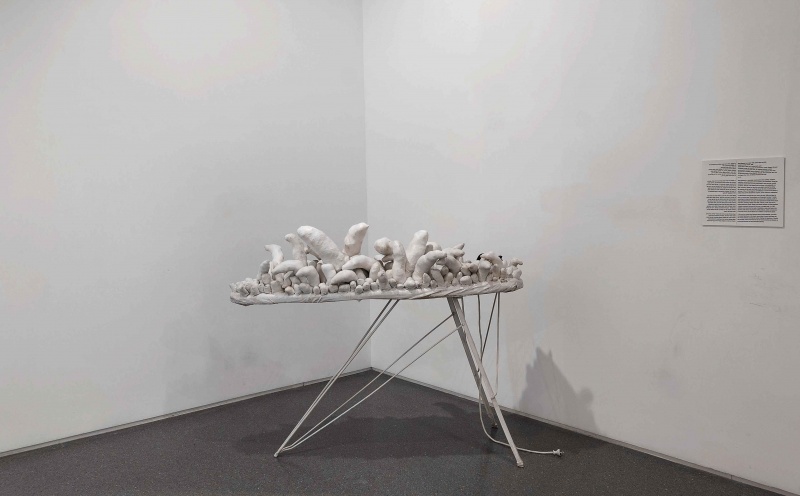