Experts in their respective fields, Manor-Friedman will lead the Museum’s Fine Arts Wing and Sarfati will helm the Museum’s Wing for Jewish Art and Life

The Israel Museum, Jerusalem has announced the appointment of Tamar Manor-Friedman, a prominent scholar in the fields of modern art, Israeli art, and Jewish history, to Chief Curator of the Fine Arts Wing and the promotion of Dr. Rachel Sarfati, the current Senior Curator in the Wing for Jewish Art and Life, to Chief Curator of the Wing for Jewish Art and Life. Sarfati replaces Daisy Raccah-Djivre, who is retiring after 40 years of service at the Museum, and Manor-Friedman replaces Dr. Silvia Rozenberg, who acted as Chief Curator of Fine Arts in the past year. They will both assume their roles on May 1, 2021.

“We are thrilled to welcome Tami to spearhead the excellent curatorial team of the Museum’s Fine Arts wing. Her rich curatorial experience, allied with her deep knowledge of the Museum and its professional staff, will ensure the production of original and groundbreaking exhibitions, as well as the fostering of a new generation of first-rate curators, who will guarantee the Museum’s continuing role as one of the world’s leading cultural institutions,” said Ido Bruno, Anne and Jerome Fisher Director of the Israel Museum. “We also have no doubt that Rachel’s rich curatorial and academic experience will foster new, creative, and original achievements in the Jewish Art and Life Wing. We are indebted to Daisy Raccah-Djivre for more than four decades of service to the Museum, and to Dr. Silvia Rozenberg, who filled the position with great sensitivity and professionalism, especially in the midst of the Covid crisis.”

Manor-Friedman, a recipient of the Curator Award of the Ministry of Culture, has vast experience as a curator and a scholar, and has organized exhibitions in a wide range of subjects, both local and global. Her appointment builds on a long relationship with the Museum, working in the Modern Art department in the late 1980s and since being regularly invited to return as guest curator for selected exhibitions, such as Seeds of the Land (2019) and Collecting Dust in Contemporary Israeli Art (2013). She has also curated exhibitions at the Tel Aviv Museum of Art and Beth Hatefutsoth among others, and for the past two years served as a member of the Israel Museum’s acquisitions committee. Manor-Friedman also has experience on the international scene, and her exhibition of works from the Arturo Schwarz Collection of Dada and Surrealist Art in the Israel Museum, Dreaming with Open Eyes (2000), traveled to museums in the United States, Canada, Argentina, and Brazil. She has a Bachelor’s degree in Psychology and a Bachelor’s and Master’s degree in art history from the Hebrew University of Jerusalem. Manor-Friedman was selected by a search committee led by the Museum’s Director and consisting of members of the IMJ’s Board of Directors for her original perspective and clear vision regarding the role of the Museum’s Fine Arts wing on the international scene.

Tamar Manor-Friedman commented, “I see it as a great privilege and as a personal mission to join the Israel Museum family and become part of the team working for the enhancement of the art community here and abroad. In these complex times of local and global crisis, it is particularly important for the Museum to fulfill its role as a cultural and spiritual beacon and share its treasures with art lovers and practitioners around the world.”

Dr. Sarfati has served as Senior Curator in the Wing for Jewish Art and Life for more than five years, and as a curator at the Museum since 1992. During that time, she has curated a wide range of exhibitions and published groundbreaking new research, among them The Florence Scroll: A Fourteenth-Century Pictorial Pilgrimage from Egypt to the Land of Israel (exhibition forthcoming in fall 2021); Each Year Anew: A Century of Shanah Tovah Cards (2015); and Offerings from Jerusalem: Portrayals of Holy Places by Jewish Artists (1995). In 2010 Sarfati led the reinstallation of the Museum’s permanent exhibition in the gallery devoted to the Cycle of the Jewish Year, incorporating for the first time visual representations relating to such modern landmark dates as Memorial Day for Israel’s Fallen Soldiers, Holocaust Remembrance Day, and Independence Day.

Sarfati specializes in Jewish art, and her publications have been widely recognized in Israel and abroad, earning her the Award of the Joseph & Racheline Barda Chair for the Study and Research of Jewish Heritage in Egypt, University of Haifa. She was selected by a search committee led by the Museum’s Director and consisting of members of the IMJ’s Board of Directors for her vast knowledge in the field of Jewish art and her rich and original curatorial experience.

Dr. Rachel Sarfati added, “It is with great emotion that I take on this new role at the Israel Museum. These are challenging times for museums in general, and specifically for the Israel Museum, which has been my home for the past 30 years and is now facing a rapidly changing art and culture scene. I believe that together we will lead the Museum into the new era.” 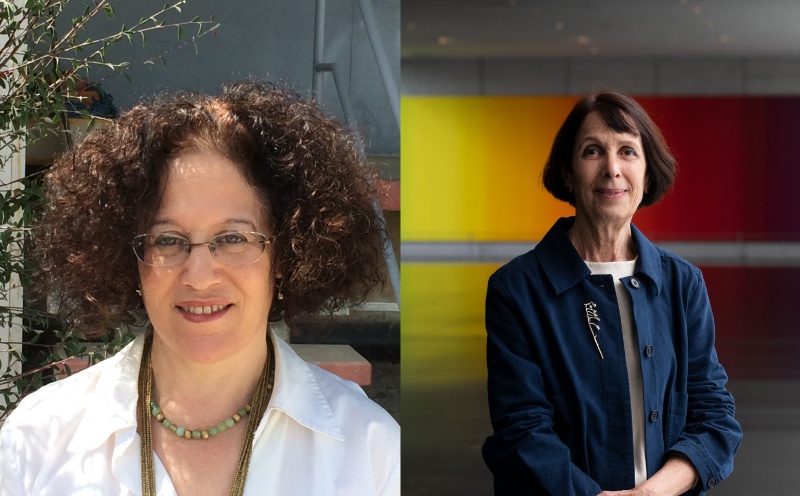