Registration will be available on sharjahart.org closer to the festival opening

Sharjah Art Foundation (SAF) today announced an expanded programme for the third edition of its annual film festival, Sharjah Film Platform (SFP), which provides a vital platform for emerging and established filmmakers from across the United Arab Emirates (UAE) and around the world. The 2020 edition of SFP presents a robust line-up of film screenings online and in cinemas, including award-winning films as well as new and never-before-seen films. Alongside these screenings, SFP features public talks on contemporary topics in film and awards for the best documentary, experimental and narrative films. Screenings will take place at the Foundation’s contemporary open-air Mirage City Cinema, the recently renovated iconic Flying Saucer and CINEMACITY IMAX at Zero 6 Mall in Sharjah, UAE, from 14 to 21 November 2020. Online screenings will be hosted on the Foundation’s dedicated virtual festival platform, which will also present the extensive talks and workshops programme. This year, the Foundation is broadening Sharjah Film Platform programming with the launch of the Industry Hub, a new initiative that aims to support film production and distribution in the MENASA region.

‘There is an exceptional community of filmmakers in the UAE and the surrounding region, and through the establishment of Sharjah Film Platform in 2018, we aimed to build on SAF’s longstanding support for filmmakers and help bring their work to wider international audiences,’ said SAF Director Hoor Al Qasimi. ‘The substantial developments happening this year—the inclusion of an online screening component for the festival and the launch of the SFP Industry Hub—allow us to build on our commitment to film by bringing the work of incredible filmmakers from the region straight into the homes of viewers around the world and by creating new infrastructure to support emerging filmmakers and lay the groundwork for more risk-taking, experimental and exceptional films in the years to come.’

The festival’s film screening programme opens with the premiere of Soha Shukayr’s In the Time of Revolution, an original short film supported by the Foundation’s Short Film Production Grant 2020. Works-in-progress by the other 2020 grantees, Nadia Amrani, Pelin Tan and Anton Vidokle, will also be presented on opening night. Featuring more than 60 films from around the world, SFP3 includes the Middle East premieres of the acclaimed films The Shepherdess and The Seven Songs (2020) by Pushpendra Singh, winner of Best Director in the Young Cinema Competition, Hong Kong International Film Festival (2020); Eyimofe [This is My Desire] (2020) by Arie and Chuko Esiri, which earned a Best First Feature nomination at the Berlin International Film Festival (2020); and Epicentro (2020) by Hubert Sauper, winner of the Grand Jury Prize at the Sundance Film Festival (2020).

In addition to the screenings, SFP offers a rich online programme of talks, panel discussions and conversations led by renowned filmmakers, artists and film industry professionals—all of which are free to the public—as well as an exciting programme of entertaining workshops aimed at children interested in motion picture and moving-image arts.

The SFP Industry Hub, a new professional programme being launched as part of Sharjah Film Platform, aims to support film production and distribution in the MENASA region. The programme consists of four initiatives: Script Lab, an immersive online scriptwriting course; Pre-Production Strategies, a professional training course on how to prepare for a film shoot; Pitching Forum, a coaching and pitching event for Emirati scriptwriters, who will have an opportunity to compete for 100,000 AED to turn a script into a feature film; and Virtual Film Distribution Market, a new online initiative in which SFP filmmakers can showcase their films to prospective buyers, distributors and programmers. Running from 25 October 2020 to 16 January 2021, the Industry Hub is supported by SFP3 industry partner Sharjah Media City (Shams).

Further information on registration for the Industry Hub is available here.

Tickets for SFP3 screenings at the festival venues are available from today, 22 October 2020, on the festival’s online platform and at the box office in all the screening venues. Festival tickets are 20 AED per film screening.

Visitors can purchase tickets from 9:00 am to 9:00 pm, Saturday to Thursday, and from 4:00 pm to 9:00 pm, Friday, at the Information Centre, Al Mureijah Art Spaces, and The Flying Saucer. Tickets for films screening in CINEMACITY IMAX, Zero 6 Mall, are sold at the mall’s reception desk which is open from 9:00 am to 10:00 pm daily.

Tickets can be purchased at these venues throughout the festival period.

SFP3 film screenings can be enjoyed from home on the festival’s online platform. The films will be available to stream on demand the day after they are screened in cinemas. Free to attend, talks and workshops can also be accessed through the same virtual platform; however, advance registration is required.

Tickets can be booked online and at the venues from 22 October 2020. 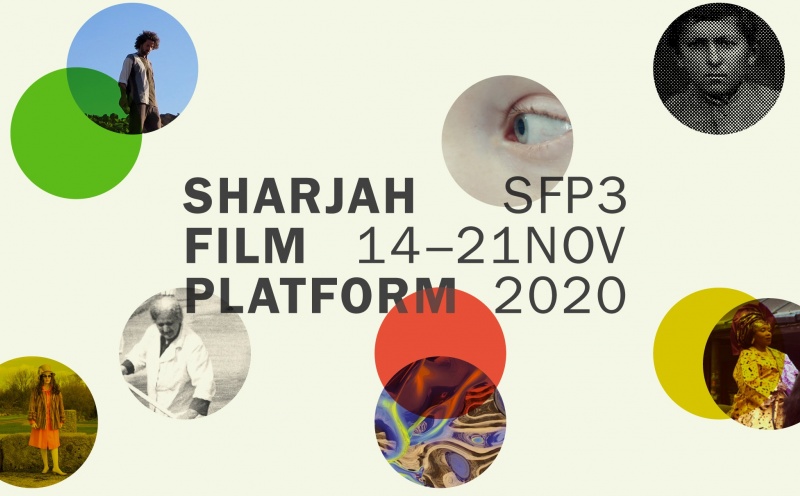