Rodgers, who is currently Director of The Wolfsonian–Florida International University (FIU) in Miami, will assume his role at PhxArt, the leading and largest art museum in the southwestern United States, after July 1, 2020. Rodgers has deep roots in Arizona; prior to taking the helm of The Wolfsonian–FIU, Rodgers served for six years as Director of the Scottsdale Museum of Contemporary Art and Vice President of the Scottsdale Cultural Council. He was selected following a national search led by a committee appointed by the Museum’s Board of Trustees and which included current and past Trustees and community leaders.

Rodgers brings nearly 20 years of museum-leadership experience to Phoenix, including 11 years as a Museum Director. Since joining The Wolfsonian in 2015, Rodgers oversaw the creation and implementation of a new strategic plan and expansion for The Wolfsonian’s future, while raising more than $51 million dollars toward the project’s $57 million capital campaign. In addition to securing an additional $4.5 million in grants to advance the institution’s strategic vision, during his tenure Rodgers also established The Wolfsonian Public Humanities Lab, an MA and PhD academic program in Public Humanities, of which he serves as co-director. Rodgers also grew The Wolfsonian’s collection by more than 15,000 works, while overseeing a rigorous program of highly acclaimed exhibitions and installations using objects and design as a lens through which to explore the greater cultural world.

“Tim is a seasoned director and scholar whose leadership experience and ability to bring communities together made him the ideal candidate for Phoenix Art Museum. His proven track record maintaining an institution’s financial and operational health, combined with his knowledge of Greater Phoenix and the Southwest region, will be crucial in helping the Museum weather this unprecedented global health crisis and ensuring the Museum’s long-term sustainability,” said Mark Feldman, co-chair of the Board of Trustees at Phoenix Art Museum. “We are grateful to have his leadership at this challenging time, excited to welcome him back to Arizona, and look forward to the Museum’s ability to endure this environment and grow under his stewardship.”

“I am honored to have been selected to serve as the next director of Phoenix Art Museum,” said Rodgers. “I have long been an admirer of the Museum, dating back to my early days as an undergraduate studying art history at Arizona State University. I know that this is a challenging time for all museums as they remain closed in order to protect the health and wellbeing of their staff and community. However, I look forward to joining the incredible staff and patrons who have made this museum a vibrant and welcoming destination for audiences of all ages, and working together to ensure the institution is around for generations to come while reaffirming its role as the premier art museum in Arizona and the region.”

While Director of the Scottsdale Museum of Contemporary Art (SMoCA) from 2009-2015, Rodgers oversaw an ambitious exhibition program. Under his leadership serving in a dual role as Vice President of the Scottsdale Cultural Council, SMoCA launched a new website, which dramatically increased SMoCA’s online attendance.

Rodgers also served as Chief Curator of the New Mexico Museum of Art in Santa Fe from 2002-2009. Prior to that, he was a co-owner of Saints & Martyrs gallery in Albuquerque, specializing in folk art and religious antiques. A life-long educator, Rodgers served as an Associate Professor of Art History at Lawrence University for several years before moving to the Southwest, where he then held a Visiting Professor role at the College of Santa Fe. He received his undergraduate degree from Arizona State University and completed his master’s degree and PhD in Art History at Brown University.

“Tim brings not only deep experience as a director, but as someone who has served many roles inside a Museum, from security guard to art installer to educator and curator, he provides invaluable insights into the key ways in which each of these roles contribute to the Museum as a thriving cultural resource,” said Don Opatrny, Museum Trustee and chair of the CEO search committee. “Tim understands that the role of a Museum in the 21st century extends beyond the walls of the galleries and into the community, as well as the challenges we are facing in the current environment, and is committed to working with us to make fiscally prudent decisions to mitigate the long-term financial impact of COVID-19 on the Museum. His substantial management experience, combined with his passion for art and his ability to engage intergenerational audiences, will be instrumental to Phoenix Art Museum’s continued success.”

Rodgers succeeds Amada Cruz, the Museum’s previous Sybil Harrington Director and CEO who concluded her service at Phoenix Art Museum in July 2019 to become the Illsley Ball Nordstrom Director and CEO at Seattle Art Museum. He takes the helm from Mark Koenig, the Museum’s Chief Financial Officer, who has served as the interim director since Cruz’s departure.

Dr. Kenneth G. Furton, Provost, Executive Vice President, and Chief Operating Officer of Florida International University, stated, “Dr. Rodgers has been integral in opening the doors to new experiences for FIU students and faculty. The Wolfsonian Public Humanities Lab (WPHL), which Dr. Rodgers championed, places our University at the forefront of an emerging field that will have an extraordinary impact on the community. WPHL has infused a broader understanding of the human condition, endowing students entering their careers with the values of social impact along with the skills, resourcefulness, and ingenuity that set our FIU Panthers apart.”

Since 1959, Phoenix Art Museum has provided millions of guests with access to world-class art and experiences in an effort to ignite imaginations, create meaningful connections, and serve as a brave space for all people who wish to experience the transformative power of art. Located in Phoenix’s Central Corridor, the Museum is a vibrant destination for the visual arts and the largest art museum in the southwestern United States. Each year, more than 300,000 guests engage with critically acclaimed national and international exhibitions and the Museum’s collection of more than 20,000 works of American and Western American, Asian, European, Latin American, modern and contemporary art, and fashion design. The Museum also presents a comprehensive film program, live performances, and educational programs designed for visitors of all ages, along with vibrant photography exhibitions made possible through the Museum’s landmark partnership with the Center for Creative Photography, University of Arizona. To learn more about Phoenix Art Museum, visit phxart.org, or call 602.257.1880. 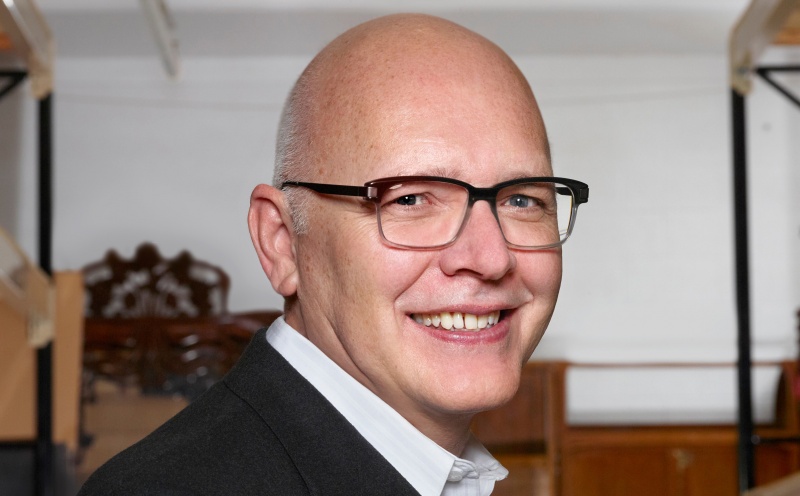