The Wallace Foundation today released the second installment in its Building Audiences for Sustainability (BAS) Stories series that looks at preliminary efforts of performing arts organizations to attract and retain new audiences in ways that also contribute to their financial health.

The Seattle Symphony story focuses on the orchestra’s efforts to counter a trend in declining ticket sales by reaching new residents in downtown Seattle, home to the orchestra’s performance hall. The article, written by Judith Dobrzynski, and video, produced by Stephanie Carter of WNET, are both available at wallacefoundation.org/seattlesymphony.

The story shows the Seattle Symphony’s use of market research to more effectively target a new downtown audience that is growing at twice the rate of Seattle’s overall population. To attract these prospective symphony attendees—dubbed by Seattle as “new urban cultural consumers” or NUCCs—the company developed three new concert formats, all more informal than its signature, more traditional “Masterworks” series.

It was unclear at first whether the new concert series would result in increased Masterworks attendance. “While they were never intended to be a formal series or viewed as a stepping stone from one concept to the next,” Dobrzynski writes of the company’s thought process, “there was some initial thinking that they might spur general interest in the symphony and therefore potentially in the core Masterworks concerts.”

The company conducted extensive market research, including focus groups and post-performance surveys, confirming its initial assumption that NUCCs are good prospects for the symphony. The research showed, however, that the group encompasses a wider range of ages and characteristics than anticipated: in addition to millennials, NUCCs also include Gen X-ers and older empty-nesters. Further research demonstrated that attendees at one of the new series, “Untuxed,” 75-minute performances beginning at 7:00 p.m., were primarily interested in hearing classics of the orchestral canon rather than more adventurous programming.

“Market research has given us essential information to help us understand our audience and how best to serve them,” said Simon Woods, President & CEO of the Seattle Symphony. “Though we still have much more to learn, we have already made significant progress in how we engage with the universe of current and potential ticket purchasers who live in downtown Seattle. This new understanding will have a huge impact on our ability to adapt as our city continues through this period of extraordinary growth and demographic change.”

Based on the findings, the Seattle Symphony has made changes throughout the organization, from rethinking Untuxed programming to ensuring artistic and marketing staff work toward common goals to increasing digital and concierge marketing to reach NUCCs more directly. While data showed Untuxed was not an “on-ramp” to Masterworks, the new programming may have contributed to a significant increase in attendance (40 percent more ticket sales) in the 2016-2017 season compared with the previous year. They also discovered the three new formats extend the symphony’s brand, drawing new and different audiences to performances without decreasing Masterworks audiences.

“The Building Audiences for Sustainability initiative was designed to help arts leaders better understand and address their audience-building goals and challenges, both through direct funding and by sharing their process and findings with the rest of the field,” said Daniel Windham, the foundation’s director for the arts. “While the Seattle Symphony’s work is still underway, its story offers useful insights on the use of market research as intrinsic to meeting audience-building goals.”

By capturing early insights, the BAS Stories series aims to reveal the underlying learning processes, including the critical use of market research, that help arts organizations be more effective in building audiences, in ways that can be sustained. The first story, released February 2017, explored how Ballet Austin is expanding audiences for unfamiliar work; it is also accompanied by a Study Guide, to facilitate group discussion. The third story on attracting millennials to the Denver Center for the Performing Arts will be released in early 2018.

The Seattle Symphony is one of 25 performing arts organizations participating in Building Audiences for Sustainability (BAS), the foundation’s six-year, $52-million initiative aimed at developing practical insights into how arts organizations can successfully expand audiences. Independent researchers commissioned by the foundation are documenting and analyzing the work across the cohort to provide lessons, ideas, and information for the entire field; published reports will be publicly available starting in 2018.

For more information on Building Audiences for Sustainability or on other Wallace arts initiatives, please visit: www.wallacefoundation.org.

About The Wallace Foundation

Based in New York City, The Wallace Foundation is an independent national philanthropy dedicated to fostering improvements in learning and enrichment for disadvantaged children and the vitality of the arts for everyone. It seeks to catalyze broad impact by supporting the development, testing, and sharing of new solutions and effective practices. At www.wallacefoundation.org, the foundation maintains an online library about what it has learned, including knowledge from its current efforts aimed at: strengthening education leadership to improve student achievement, helping selected cities make good afterschool programs available to more children, expanding arts learning opportunities for children and teens, providing high-quality summer learning programs to disadvantaged children and enriching and expanding the school day in ways that benefit students, and helping arts organizations build their audiences. 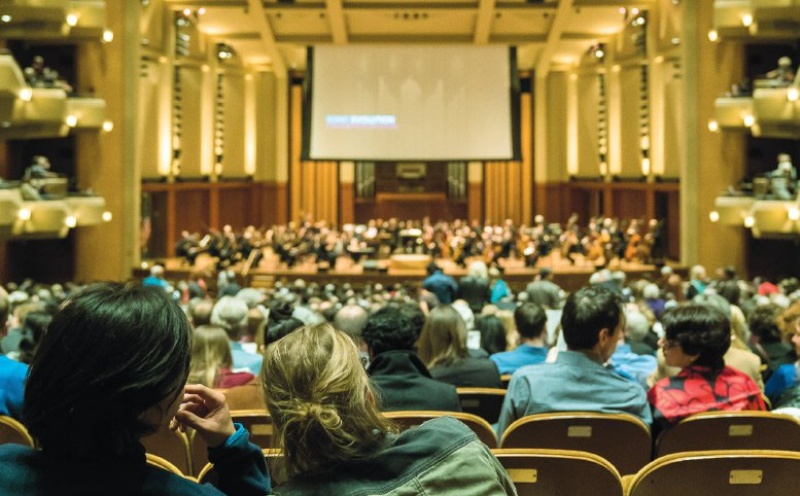