Works from the Collection of John Ashbery

Kasmin is pleased to announce an exhibition of selected works from the collection of the celebrated New York poet and art critic, John Ashbery (1927 – 2017). Bringing together paintings, drawings, and collages by artists such as Alex Katz, Jane Freilicher, Helen Frankenthaler, Fairfield Porter, Joe Brainard, and Larry Rivers, the presentation reflects the deep-rooted artistic and personal associations amongst a group of artists and poets who, between them, defined New York’s downtown scene for almost two decades from the 1950s onwards.

Acquired by Ashbery over the course of his life, the majority of the works in the poet’s collection were gifts from his artist friends, many of whom he wrote about in his capacity as an art critic. Having relinquished an early ambition to pursue painting, Ashbery went on to cover exhibitions journalistically for over twenty-five years, reshaping art criticism with roles at ARTnews, Newsweek, Herald Tribune, and New York Magazine allowing him the freedom to write about artists that he thought were overlooked or not easily categorized. Ashbery departed for Paris on a Fulbright in 1955 and lived there for a decade—it was in the city that he came to know artists such as James Bishop and Jean Hélion, both of whom have works included in the exhibition. There his editorial stretch continued at Art and Literature, published by painters Rodrigo Moynihan and his wife painter Anne Dunn (also included in the exhibition) producing a journal that blended coverage of avant-garde art, theater, film, performance, and installation art from around the globe.

Ashbery’s collection reveals the composite of styles that were burgeoning contemporaneously during what is now perceived to be one of the century’s most radically productive artistic periods. As the spontaneous creativity of Abstract Expressionism took flight, Alex Katz’ distinctive painterly realism, the traditional portraiture and still life of Fairfield Porter and Jane Freilicher, and the illustrative flair of fellow poet Joe Brainard’s book covers, proposed different ways of looking at the world.

John Ashbery died at the age of 90 in September 2017. It was Ashbery’s wish that upon his death his collection of art be sold with the proceeds supporting experimental artists in various fields. Many of the works have never before been exhibited. Artists represented in the exhibition include James Bishop, Joe Brainard, Rudy Burckhardt, Anne Dunn, Helen Frankenthaler, Jane Freilicher, Jean Hélion, Alex Katz, R.B. Kitaj, Rodrigo Moynihan, Philip Pearlstein, Fairfield Porter, Larry Rivers, Anne Ryan, Neil Welliver, and Trevor Winkfield.

John Ashbery (1927-2017) was one of the most important poets of our time. He had more than thirty collections published in his lifetime. His Self-Portrait in a Convex Mirror (1975) won the three major American prizes – the Pulitzer, the National Book Award, and the National Book Critics Circle Award. He was a member of the American Academy of Arts and Letters and the American Academy of Arts and Sciences, and a chancellor of the Academy of American Poets from 1988 to 1999. He received two Guggenheim Fellowships and was a MacArthur Fellow from 1985 through 1990. In 2012, Ashbery was awarded a National Humanities Medal by President Obama. 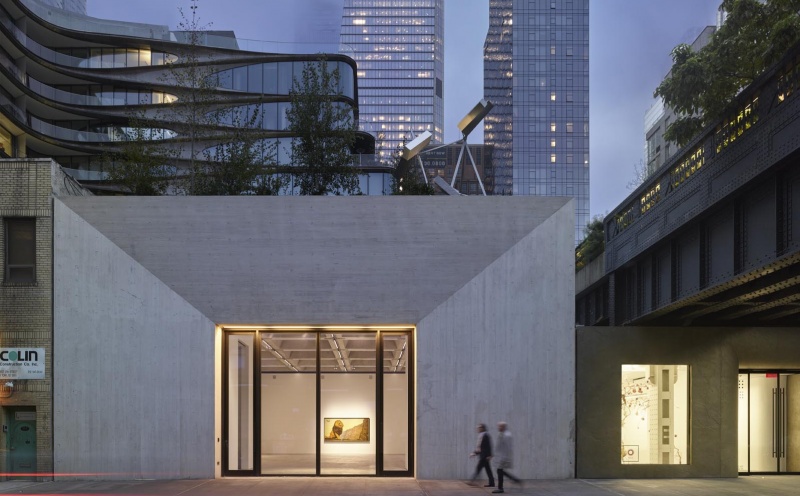