In March 2012, R+A began working with the Harvard Art Museums on an institutional communications and media relations campaign for the Museums’ expanded and updated facility designed by Renzo Piano. The campaign began with a comprehensive assessment and planning process, including working with the museums’ team to develop core institutional messages, identify and prioritize key constituencies, and develop strategies to engage with these audiences across multiple platforms.

The campaign was designed to achieve the following goals:

Our campaign focused on the Museums' role as a catalyst in new areas of conservation, scholarship, and exhibition. We leveraged milestones within the curatorial and construction calendar to engage media with a variety of story angles focused on these themes, as well as exploring how the design vision was informed by the Museums' expanding mission.  R+A organized tours of the site throughout the construction process for opinion-leading national and international journalists, as well as behind-the-scenes access to the work of project leadership in support of stories in art trade, travel, design, and leading national and international news outlets.

The campaign generated press coverage of the Harvard Art Museums across local, national, and international online, print, and broadcast outlets. Coverage highlights included four feature stories in The New York Times, two features in The Wall Street Journal, and major stories in The Guardian and The Economist. The New York Times noted “the best thing about Harvard’s new headquarters is that it feels as if it really was designed, as advertised, for students of all persuasions and disciplines, and for accessibility, not just as a material fact, but as an aesthetic and ethical ideal.”

Coverage in travel and lifestyle media outlets highlighted the Museums as a destination for the public as well as the University and scholarly community, while major reviews in architectural outlets explored how the new design fosters the Museums’ mission. Reviews and features in the art press highlighted the integration of the collection, the contemporary art installations, and explored how the Museums are advancing curatorial practice.

The combined print circulation and online monthly unique visitors for this coverage was over 200,000,000. 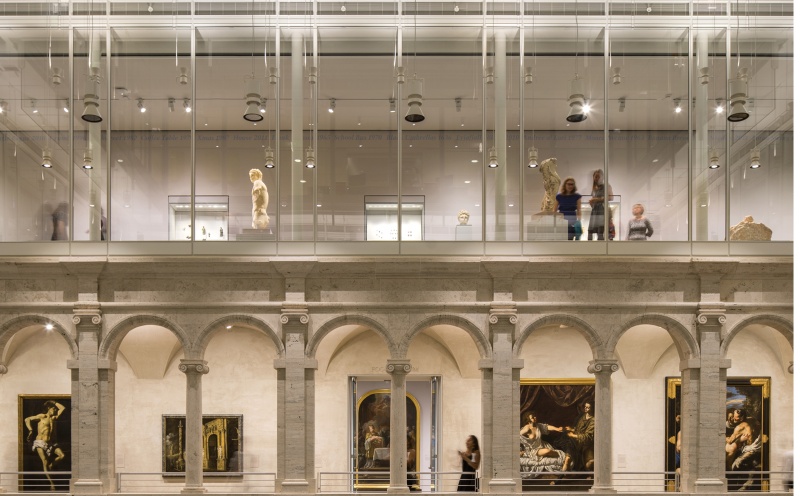