An integrated communications and marketing campaign to launch Dallas' AT&T Performing Arts Center and underscore the role of architecture in the multi-venue complex in support of the center's mission and goals.

R+A developed and implemented a comprehensive institutional communications campaign to support the launch of this new multi-venue performing arts center for music, opera, theatre, and dance. The capital campaign to build the Center, which includes the Winspear Opera House (Foster + Partners), Wyly Theatre (REX/OMA, Joshua Prince Ramus, partner-in-charge and Rem Koolhaas), Strauss Square, and Sammons Park, was the most ambitious cultural project in Dallas history. A central goal of our campaign was to achieve national and international recognition for the Center as one of the most significant new performing arts centers in the country, establishing its reputation among peers and the broader public. Our work helped to enhance media and public understanding of the AT&T PAC’s programs, mission, leadership, and resident companies (The Dallas Opera, Dallas Theater Center, Texas Ballet Theater, Dallas Black Dance Theatre, and Anita N. Martinez Ballet Folklorico) while building visibility for the new venues and positioning the Center as a major new cultural resource and destination.

Our campaign began three years in advance of the Center's opening with the development of an integrated communications plan to support the capital campaign and to begin to build awareness among national and international media. We developed strategies to navigate the complex project and ensure consistency of messaging among a diverse array of partners and audiences, including the resident companies, architects, donors, and city and community leaders. The plan also outlined a series of announcements and other initiatives—from major gift announcements to media opportunities tied to construction milestones to regional and national media meetings highlighting the work of resident companies—designed to keep the Center top of mind locally and nationally throughout the campaign. In March 2008, we organized a press briefing in New York featuring leadership from the Center as well as presentations by the architects of the Center's four venues—Norman Foster, Rem Koolhaas, and Joshua Prince-Ramus—to set the stage for the October 2009 opening.

The campaign was designed to generate anticipation for the opening of the new institution, while laying the groundwork for sustained awareness well beyond the launch and was built around the following initiatives:

The communications campaign was a key driver in the successful launch of the AT&T Performing Arts Center. The Center received more than 130 gifts of $1 million or more, a record for a cultural campaign. More than 100 local, regional, national, and international media attended the opening press preview, and over 45,000 people attended the opening events. Coverage of the Center focused not only on the opening of the new venues, but also on the evolution of the Dallas Arts District and Dallas' growing reputation as a city for culture. Stories appeared across multiple media categories and formats, including national news outlets, business, performing arts, travel and consumer interest, and architecture publications, including The New York Times, The Wall Street Journal, Newsweek, Time, the Economist, Architectural Record, Architect, Opera News, Dance Magazine, Town & Country, and Vanity Fair. This campaign had a global reach, with resulting coverage in 22 countries across North and South America, Europe, and Asia. 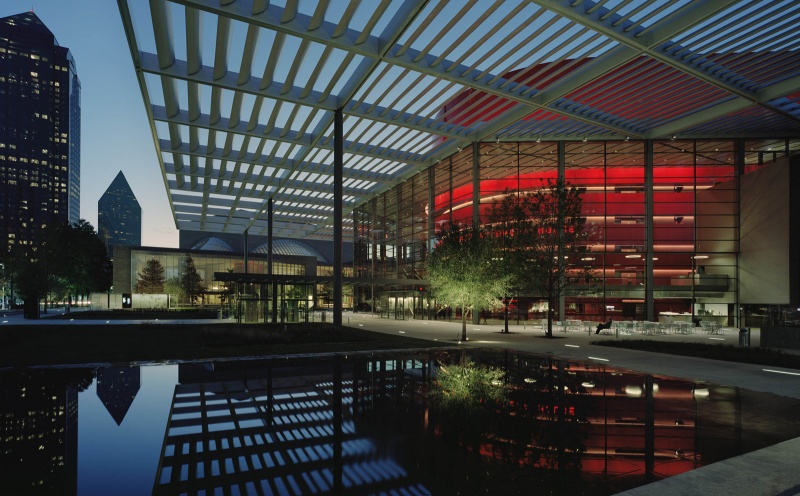