On August 18, marking the centennial of the ratification of the 19th Amendment, Park Avenue Armory and lead partner National Black Theatre, together with nine other New York City cultural institutions, will unveil the next phase of the 100 Years | 100 Women initiative. The project was launched in February 2020 with a day-long symposium and the announcement of the 100 commissioned artists and cultural creators who were invited to respond to and interrogate the complex legacy of women’s suffrage through their creative practices. In the time since, the creation of new works by the participants—including Zoë Buckman, Staceyann Chin, Karen Finley, Ebony Noelle Golden, Andrea Jenkins, Meshell Ndegeocello, Toshi Reagon, Martha Redbone, Carrie Mae Weems, and Deborah Willis—has been shaped by the COVID-19 pandemic, social distancing, #BlackLivesMatter, and a divisive election season. In lieu of the in-person celebration of the commissions that was planned for the spring, the Armory is hosting an online launch party streamed on YouTube on August 18 at 2pm, which will feature a sneak peek at select commissioned works, remarks by artists and partner organizations, and appearances by special guests including Maya Wiley, Susan Herman, Jari Jones, Tantoo Cardinal, Rita Dove, Catherine Gray, and the Kasibahagua Taíno Cultural Society. The event will also include the premiere of a short film by Armory/Museum of the Moving Image-commissioned filmmaker Shola Lynch documenting the inspirations and processes behind the participants’ contributions, as well as the ways in which the issues of the current moment have informed their work.

Immediately following the launch party, the Armory will publicly debut an interactive digital archive of the initiative that provides access for audiences to explore each participant's profile and creative work, as well as additional resources. On this website, audiences will be able to view all the projects created for the initiative, including:

“On August 18, with our lead partner National Black Theatre and nine other New York institutions, the Armory will unveil 100 commissioned works in video, spoken work, theater, photography, dance and other art forms by 100 extraordinarily talented women artists and cultural creators. The works reflect not only the complexity of women’s suffrage, but also the issues of rights and recognition in the era of COVID-19, Black Lives Matter protests, and the lead-up to a critical presidential election,” said Rebecca Robertson, Founding President and Executive Producer of Park Avenue Armory. “Collectively, the works form a profound and thought-provoking archive from an unprecedented time that will live beyond the unveiling and watch party. We are so grateful to the artists and to the institutional partners for their commitment, perseverance, and insights.”

“This project is an incredible opportunity of uplifting and connecting communities together. In a time of so much civic unrest, this is our present pulse, our day-to-day mission: knocking down these walls and shining lights in the darkest corners of our own stories. We are honored to work in partnership with the Park Avenue Armory and nine other fantastic sister organizations to present this event which stands at the nexus of gender, identity, and representation. Through this short, the archive, and website we aspire to help us as a community to continue a conversation our founder, Dr. Barbara Ann Teer, and her contemporaries were part of more than fifty years ago,” said Sade Lythcott, CEO of National Black Theatre.

100 Years | 100 Women launched in February 2020 as part of the Armory’s annual “Culture in a Changing America” symposium, which this year convened artists, activists, scholars, and civic and cultural leaders for a day of conversations, performances, and salons reflecting on womanhood, citizenship, intersectional feminism, and the myriad ways in which artists navigate these issues. Collectively, the eleven partner institutions nominated 100 artists, activists, scholars, students, and community leaders to respond to the centennial with new work to be presented as part of a gathering, showcase, and celebration originally scheduled to take place in the Armory’s Wade Thompson Drill Hall this past spring. With the unforeseen impacts of COVID-19, which led to the cancellation of this in-person culminating event, the project and many of the commissioned works have evolved to respond to the volatile times in which it was created. 100 Years | 100 Women now acknowledges not only the fight for gender equality and women’s right to vote, but also reckons with the long thread of history that has led us to this tumultuous moment, uplifting the voices of creatives, activists, and thought leaders working to unpack it.

100 Years | 100 Women is part of the Armory’s Interrogations of Form conversation series, which unites artists, thought leaders, and social trailblazers for creative, multidimensional explorations of today’s social and cultural landscape.

Additional details will be announced at www.armoryonpark.org. To register to attend the viewing party, visit https://bit.ly/3i0tDOb. 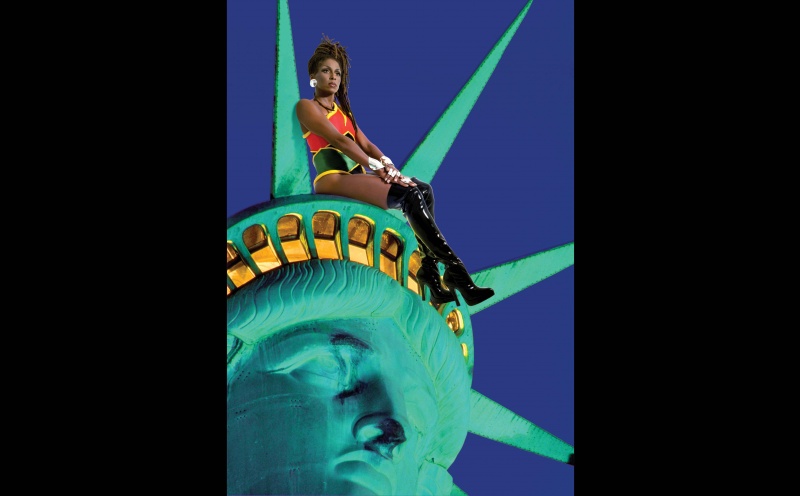