2116: Forecast for the Next Century, Challenges Sixteen Artists to Imagine Ireland’s Future through Sculpture, Painting, Video, and Performance Art

The Eli and Edythe Broad Art Museum at Michigan State University (Broad MSU) is partnering with the Lewis Glucksman Gallery at the University College Cork, Ireland to present a new exhibition that features contemporary Irish artists’ visions of the country’s changing society and imagined future. On view November 5, 2016 – April 2, 2017, 2116: A Forecast of the Next Century will feature new and existing works by sixteen Irish artists.

On the centennial of the Easter Rising, one of Ireland’s most pivotal political events which is widely accepted as a significant catalyst within the Irish independence movement, the artists in 2116 project a variety of interpretations of the country’s future and place within global society.

“This exhibition provides a platform to consider Ireland’s history, culture, politics, and evolving social identity,” said Marc-Olivier Wahler, Director of the Broad MSU. “The spirit of experimentation inherent in the work of these artists challenged to envision a distant future, in turn asks visitors to examine the present through a variety of social and cultural lenses. We are proud to partner with another University art institution, the Glucksman Gallery at University College Cork, to bring the work of these artists to American audiences.”

Artists featured in 2116 confront the question of the island nation’s future drawing upon many different inspirations—from literature and architecture to technology, the food economy, the natural environment, and individual and collective identity. Site-specific works by Amanda Coogan and Lee Welch will incorporate elements of the Museum’s dynamic Zaha Hadid-designed building, and performances will activate the galleries throughout the exhibition’s run.

“As Ireland marks a milestone in its history, one hundred years on from the Easter Rising that would lead to its independence, we have challenged the country’s artists to take this moment to reflect on what may be to come in the next hundred years,” said Caitlín Doherty, exhibition co-curator and Deputy Director of Curatorial Affairs at the Broad MSU. “2116 closely considers one evolving culture, though many of the themes addressed in the exhibition will resonate well beyond Ireland as countries around the globe contend with shifting identities in an increasingly interdependent world.”

Highlighted works in the exhibition include: 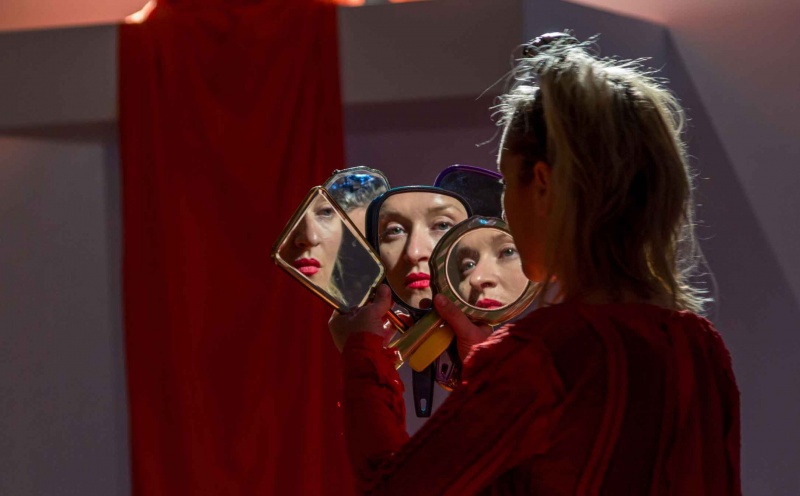 Amanda Coogan. Courtesy of the artist.