Alligator Head Foundation (AHF) hosted a special celebration on Friday, July 12, 2019, marking the three-year anniversary of the East Portland Fish Sanctuary and the conclusion of internationally renowned artist Claudia Comte's tenure as TBA21–Academy's artist in residence at the Alligator Head Foundation. During the festivities Comte presented some of the sculptures created during her residency, which were created with the support of members of the local community joining her production team.

In the past three years, Alligator Head Foundation's reach and impact has grown considerably. In 2017, the Foundation became the Secretariat of all fish sanctuaries across Jamaica, enabling better communication between the sanctuaries across the island and the ability to share findings and best practices. Also in 2017, the East Portland Fish Sanctuary was designated a Hope Spot by legendary Marine Biologist Dr. Sylvia Earle.

Since its founding, Alligator Head Foundation's practice has been anchored on a science-driven approach and categorized by leveraging international and local resources to bring the most advanced technologies to Jamaica, adhering to and advancing best practices as a leader in the field of marine conservation, and ultimately contributing to an overall 200% increase in the biomass at the East Portland Fish Sanctuary in addition to initiating many notable active conservation programmes.

Alligator Head Foundation established the most advanced coral aquaculture wet lab on the Island in 2017, which has allowed the fragmenting and regrowing of portions of coral that otherwise would have taken years to grow. Once revitalized, the coral is planted back onto the reef within the marine protected area, contributing to the return of marine species to the area. Recent findings have indicated an increase of 16% in species diversity along with the increased sightings of endangered Loggerhead Turtle, Hawksbill Turtle, West Indian Manatee, Longsnout Seahorse, Elkhorn and Staghorn corals.

In collaboration with TBA21–Academy and the Avatar Alliance Foundation, Alligator Head Foundation implemented the National Geographic Open Explorer Project allowing for all fish sanctuaries in the network the use of Remote Operated Vehicles (ROVs) in 2018. Through real-time live viewings from land, local students are able to explore the reef and make short films on their findings, which are shared with National Geographic on their Open Explorer project website.

Daily operations at the Foundation include maintaining the mangrove nursery and sea turtle conservation programmes. The mangrove nursery is now part of the curriculum in the two schools in Jamaica, through the JAMIN project in association with Living Oceans Foundation. The sea turtle conservation programmes, led by Francine Cousins, observed 11 sea turtle nesting sites in the sanctuary and, in 2018, was responsible for over 1,700 hatchlings making it to the ocean. Last week, AHF was able to tag its first adult turtle from these hatchlings.

"Initiating change is always a huge challenge in life. Here in Portland it has been no exception, because people feel very threatened by it as it inevitably asks us to change our ways, and quite naturally this has an impact on the region’s livelihoods, habits, and traditions. However when you witness nature's response, with an increase of over 200% in just the first 3 years, people begin to see the fruits of their sacrifice, and start to feel proud of what has been achieved in such a short time!  It is our duty to leave to future generations more than what we received. We are winning this battle and I want to thank everyone who has contributed to this process from the bottom of my heart," said Francesca Thyssen-Bornemisza, Founder of the Alligator Head Foundation.

East Portland Jamaica’s Member of Parliament Ann-Marie Vaz added: "James Bond has come and gone, but we are here to stay. It is my mission that our Parish becomes the pride of Jamaica as it stands by its strengthened environmental policy. I hope that as a community, everyone from the fisher folk to the stakeholders and entrepreneurs of the region, we can all stand together and be proud of what has been achieved this far with the East Portland Fish Sanctuary, and that we continue to move towards developing a sustainable future for our parish through eco-tourism. It is important to recognise the great example in spearheading that process that has been instigated by the Alligator Head Foundation."

The celebration included a laudation from Vaz of Dr. Dayne Buddo, who is stepping down as the Foundation’s Chief Executive Officer as of today, July 15, 2019. Nicole A. Meyers has been named as General Manager of the Foundation and will begin work as of August 1, 2019. She brings more than 15 years of management expertise to the newly defined position focused on daily operations. Joshua Bailey, an expert in conservation-related social initiatives, will also join the team around Chief Operating Officer Machel Donegan, Research Program Manager Denise Henry, and Conservation Officer Francine Cousins and take on the role of Marine Protected Area Manager.

“Dayne’s leadership of Alligator Head Foundation left a profound, positive impact on the coastline of East Portland, while establishing the Foundation as a leader in marine conservation and resilience not only in Jamaica, but globally,“ said Markus Reymann, Chair of the Board of Alligator Foundation. “We are so grateful for his thoughtful and innovative steering of the initial years of the Foundation and will honor his work by continuing to expand and refine the best practices he instituted here.”

Dr. Buddo played a foundational role in the creation of the Alligator Head Marine Lab, collaborating with colleagues from the University of the West Indies, Mona, to assess the potential impact of protecting the 6-kilometer coast of East Portland. Their research, analysis, and efforts to get the site gazetted led to the successful declaration of the East Portland Fish Sanctuary three years ago, supporting the regeneration of the local marine ecosystem, and the subsequent establishment of the Alligator Head Foundation and further conservation work in the area with the support of the community.

Dr. Buddo has served as an ambassador and representative of the Foundation at some of the highest levels of ocean advocacy and engagement, including the Sustainable Blue Ocean Conference in Kenya in 2018 and at the United Nations in New York in 2019. He has also been  instrumental in organising and cultivating the exchange among fisher folk from East Portland and Cabo Pulmo in Mexico, through coordinating and accompanying visits in either country. 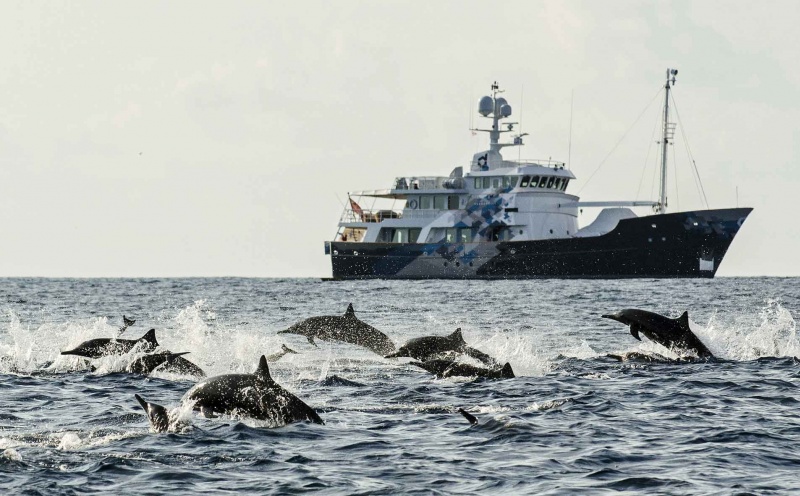