This fall, the Barnes Foundation will present the US debut of a landmark exhibition exploring the significant yet under recognized contributions of Berthe Morisot (1841–1895), one of the founders of impressionism. The first monographic exhibition of the artist to be held in the US since 1987, Berthe Morisot: Woman Impressionist provides new insight into a defining chapter in art history and the opportunity to experience Morisot’s work in context of the Barnes’s unparalleled collection of impressionist, post-impressionist, and early modernist paintings. The internationally touring exhibition is co-organized by the Barnes Foundation, Dallas Museum of Art, Musée national des beaux-arts du Québec, and the Musées d’Orsay et de l’Orangerie, Paris. It will be on view at the Barnes from October 21, 2018, through January 14, 2019.

Berthe Morisot was celebrated in her time as a leader of the movement, and her innovative works were coveted by dealers and collectors alike. Despite her accomplishments, today she is not as well-known as her impressionist colleagues, a group that includes Claude Monet, Edgar Degas, and Pierre-Auguste Renoir. Co-curated by Sylvie Patry, Consulting Curator at the Barnes Foundation and Chief Curator/Deputy Director for Curatorial Affairs and Collections at the Musée d’Orsay, Paris, and Nicole R. Myers, The Lillian and James H. Clark Curator of European Painting and Sculpture at the Dallas Museum of Art, Berthe Morisot: Woman Impressionist will both illuminate and reassert Morisot’s role as an essential figure within the impressionist movement and the development of modern art in Paris in the second half of the 19th century.

“We look forward to fleshing out the story of impressionism represented in our holdings with the presentation of this groundbreaking exhibition,” says Thom Collins, executive director and president of the Barnes Foundation. “This international collaboration introduces important new scholarship that contributes to a more complete understanding of impressionism and Berthe Morisot as a revolutionary figure within the movement.”

Berthe Morisot: Woman Impressionist focuses on the artist’s figure paintings and portraits, with approximately 70 paintings from public and private collections on view. The exhibition traces the exceptional path of a female painter who, in opposition to the norms of her time and social background, became an important member of the Parisian avant-garde from the late 1860s until her death in 1895. Through her portrayal of the human figure, Morisot was able to explore the themes of modern life that came to define impressionism, such as the intimacy of contemporary bourgeois living and leisure activities, the importance of fashion and the toilette, and women’s domestic work, all while blurring the lines between interior and exterior, public and private, finished and unfinished.

“Though Berthe Morisot held an important place at the heart of the impressionist movement, she has historically enjoyed far less acclaim than her male counterparts,” says Patry. “Through this landmark exhibition, together with colleagues at our partner museums around the world, we are thrilled to bring renewed international attention to the significant work of Morisot.”

Organized semi-chronologically, the exhibition will examine Morisot’s painterly innovations and fundamental position within impressionism across the arc of her productive yet relatively short life. The exhibition explores the following periods and themes of Morisot’s work:

Exhibition Organization:Berthe Morisot: Woman Impressionist is organized by the Barnes Foundation, Dallas Museum of Art, Musée national des beaux-arts du Québec, and the Musées d’Orsay et de l’Orangerie, Paris. The exhibition is co-curated by Sylvie Patry, Consulting Curator at the Barnes Foundation and Chief Curator/Deputy Director for Curatorial Affairs and Collections at the Musée d’Orsay, Paris, and Nicole R. Myers, The Lillian and James H. Clark Curator of European Painting and Sculpture at the Dallas Museum of Art.

The exhibition is accompanied by a fully illustrated catalogue that emphasizes the importance of understanding Morisot’s work in light of her dialogue with contemporary artistic movements—impressionism, but also post-impressionism and symbolism. Berthe Morisot: Woman Impressionist makes an important contribution to the field, with interdisciplinary scholarship and a specific focus on Morisot’s pioneering developments as a painter first, woman second. An English- and French-language catalogue will be co-published by Rizzoli International Publications, Inc. and the Barnes Foundation, Philadelphia, in association with the Dallas Museum of Art and the Musée national des beaux-arts du Québec. A separate French-language catalogue will be published by the Musée d’Orsay, Paris. The book contains essays by Morisot scholars including the exhibition co-curators Sylvie Patry and Nicole R. Myers; Cindy Kang, Barnes Foundation; Marianne Mathieu, Musée Marmottan Monet; and Bill Scott, Pennsylvania Academy of the Fine Arts, as well as a chronology by Amy Wojciechowski with additional research by Monique Nonne (hardcover, $55). 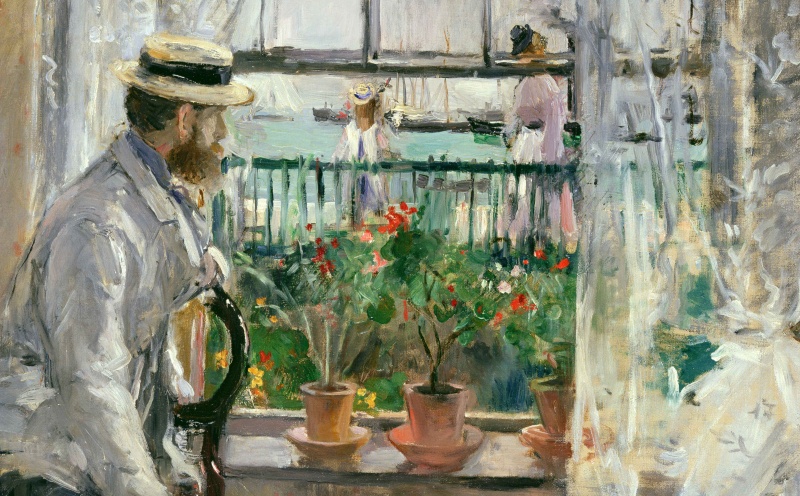