Major Survey of Work by Pioneering and Provocative Artist Will Travel to Portland, Chicago, and Akron Following Cincinnati Presentation

The first comprehensive retrospective of Robert Colescott, one of America’s most compelling and provocative artists, will open at the Contemporary Arts Center in Cincinnati on September 20, 2019. Bringing together 85 works spanning over 50 years of Colescott’s prolific career, Art and Race Matters: The Career of Robert Colescott explores the work of an artist who—through vibrant paintings laced with biting satire—confronted issues of race, gender, identity, and the uncomfortable realities of American life in the latter half of the 20th century.

Co-curated by Lowery Stokes Sims and Matthew Weseley, and organized by Raphaela Platow, the CAC’s Alice & Harris Weston Director and Chief Curator, Art and Race Matters will remain on view at the CAC through January 12, 2020. Following its debut in Cincinnati, the exhibition will travel to the Portland Art Museum, Portland, OR; the Chicago Cultural Center; and the Akron Art Museum, with additional venues to be announced at a future date.

Art and Race Matters will be the first complete survey of Colescott’s work since his mid-career retrospective in 1987, which was hosted by the CAC, among other venues. It also builds upon the ten-year selection (1987-1996) that formed the artist’s representation of the United States at the 1997 Venice Biennale, and a presentation of work from the following decade of his career (1997-2007) that was organized by Meridian Gallery in San Francisco in 2007. The exhibition will be accompanied by a major publication—the most comprehensive to date—published by Rizzoli Electa, which features stylistic analyses of his work; summaries of critical responses; interviews, reminiscences, and perspectives from family members, associates, and students; along with a selection of writings by the artist himself.

“Given the crisis of race relations, image management, and political manipulation in the current American—indeed the global—landscape,” noted Sims “Colescott’s perspectives on race, life, social mores, historical heritage and cultural hybridity allow us a means—if we are up to the task—to forthrightly confront what the state of world culture will be in the next decade.”

Known for satirical figurative paintings that expose the ugly ironies of race in America, Robert Colescott (1925-2009) worked at the vanguard of the resurgence of figuration in art starting in the 1970s, which marked the emergence of post-modernist thought. He infused his works with narrative, humor, and cultural criticism long before it became common for artists to do so. Through his subversive appropriation of existing imagery from pop culture, mass media, and the art historical canon, Colescott reclaimed racist stereotypes and lampooned prevalent mythologies about blackness. This visually outspoken work therefore addresses issues of race and gender hierarchies, oppressive power structures, and societal taboos—with a biting satirical touch—exposing the absurdity of ideas that often go unchallenged.

Art and Race Matters invites a renewed examination of the artist, whose work is still as challenging, provocative, and relevant now as it was when he burst onto the art scene over five decades ago. Presenting works from across Colescott’s career, the exhibition traces the progression of his stylistic development and the impact of place on his practice, revealing the diversity and range of his oeuvre: from his adaptations of Bay Area Figuration in the 1950s and 60s, to his signature graphic style of the 1970s, and the dense, painterly figuration of his later work. Art and Race Matters also explores prevalent themes in Colescott’s work, including the complexities of identity, societal standards of beauty, the reality of the American Dream, and the role of the artist as arbiter and witness in contemporary life.

“Colescott’s exploration of race, identity and politics is as pointed and pertinent now as ever and will help catalyze public discussion of pressing issues we are facing as a society,” said Platow. “In presenting the full-sweep of Colescott’s career, our goal is to also assert his seminal contributions to both post-War American art and to contemporary artists today working in the US and internationally.”

Art and Race Matters: The Career of Robert Colescott will be accompanied by a fully illustrated 252-page catalogue published by Rizzoli Electa. Featuring contributions by more than ten curators and writers, including Richard Powell, Joseph S. Lewis, Barry Blinderman and Mimi Roberts, along with a major essay by exhibition co-curator Lowery Sims Stokes and a selection of writings by the artist himself. The publication is the most comprehensive volume devoted to the life and work of Robert Colescott to date and includes important new research on the artist's chronology, exhibition history, and bibliography by Matthew Weseley. 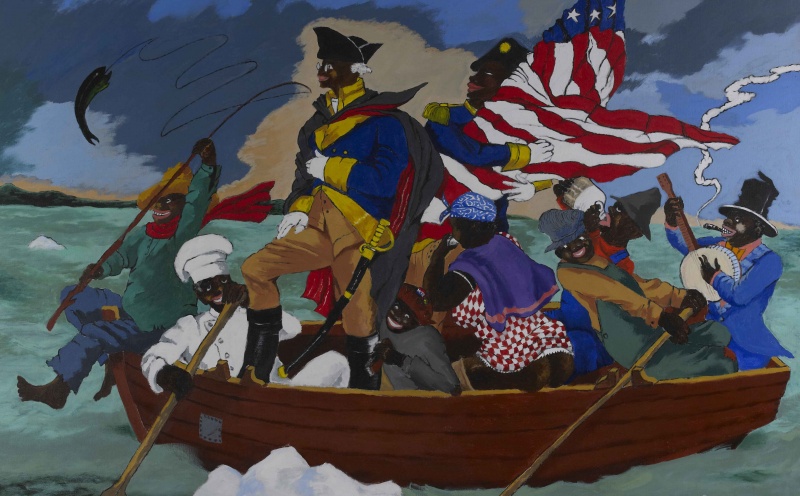