The High Museum of Art will debut more than 60 new works by North Carolina–based photographer Alex Harris in the latest exhibition for its “Picturing the South” series: “Our Strange New Land: Photographs by Alex Harris” (Nov. 29, 2019 – May 3, 2020). Established in 1996, “Picturing the South” is a distinctive initiative that asks noted photographers to turn their lenses toward the American South to create work for the High’s collection. For his commission, Harris made photographs on independent film sets throughout the South to explore how the region is seen, imagined and created by contemporary visual storytellers.

“We are delighted to acquire Harris’ work for the collection as part of our ‘Picturing the South’ series. Over more than two decades, the series has demonstrated our dedication to photography and to celebrating the region’s diversity, beauty and unique character,” said Rand Suffolk, the High’s Nancy and Holcombe T. Green, Jr., director. “We are excited to recognize Harris’ distinguished career through this commission and to share these new photographs with our audience.”

Born and raised in Georgia, Harris is a founder of Duke University’s Center for Documentary Studies and lives and works in Durham, North Carolina. A dozen years ago, having documented contemporary Cuban society, he was asked to photograph on the set of Steven Soderbergh’s film “Che” (2008). Inspired by that experience, Harris decided to explore current narrative cinematic representations of the South by chronicling productions of contemporary independent films set in the region.

“One of our main goals for ‘Picturing the South’ is to allow the photographers to explore a new creative route or dig deeper into a topic that inspires them, so we are thrilled that Harris went this direction with his commission,” said Greg Harris, the High’s associate curator of photography. “Ranging from intimate portraits and quiet moments to sweeping landscapes and atmospheric scenes, the photographs in the exhibition not only showcase Harris’ ingenuity and skill as a photographer but also will offer our visitors an opportunity to see the South through the eyes of innovative filmmakers.”

Over the past two years, Alex Harris has traveled around Georgia, Alabama, Florida, Louisiana, Mississippi, North Carolina, South Carolina, Tennessee and Texas capturing both the scenes constructed for film productions and the activity that unfolded around and adjacent to the sets, often blurring the lines between staged storytelling and real life. With the South’s diverse topography as a backdrop, he strings together impeccably lit and instinctively composed images to build an intuitive narrative that vacillates between deep sorrow, explosive anger and mundane anticipation. Though he leaves clues, Harris never fully reveals which pictures are contrived for the cinema and which are documentary happenstance.

“I began this project believing that, by photographing on contemporary Southern film sets, I might, through the visions and imaginations of these filmmakers, show the South in a new light,” said Alex Harris. “Over the last two years I found myself approaching these imagined dramas much in the same way I took on earlier, more traditional documentary projects, following my instincts and editing my photographs not to tell a particular story — or to be faithful to the plots of individual films — but to discover the story my photographs have to tell. Gradually, I became interested in seeing how my pictures from widely different film productions resonated with each other. Now, in mounting this exhibition with curators at the High, I see a cumulative portrait, not only of these productions and of the South, but of an idea that has long been celebrated in literature, explored in science and conveyed by philosophers — that is, the ways in which we are all actors in our own lives, creating our sets, practicing our lines, refining our characters, playing ourselves.”

“Our Strange New Land: Photographs by Alex Harris” will be on view in the Lucinda Weil Bunnen Photography Galleries on the Lower Level of the High’s Wieland Pavilion. The “Picturing the South” commission was made possible by the generous support of the H.B. and Doris Massey Charitable Trust.

For over 40 years, Harris (American, born 1949) has photographed across the American South and in locations as disparate as the Inuit villages of Alaska; the streets of Havana, Cuba; and the fish markets of Mumbai, India. He has taught at Duke University since 1980. His awards include a Guggenheim Fellowship in Photography, a Rockefeller Foundation Humanities Fellowship and a Lyndhurst Prize. Harris’ work is represented in major photographic collections, including those of the High Museum of Art, the San Francisco Museum of Modern Art and the Museum of Modern Art, New York. His photographs have been exhibited widely, including in exhibitions at the International Center of Photography in New York and the J. Paul Getty Museum in Los Angeles. As a photographer and editor, Harris has published 18 books. His book “River of Traps” with William deBuys was a finalist for the 1991 Pulitzer Prize in general nonfiction. Most recently, he published “Where We Find Ourselves: The Photographs of Hugh Mangum, 1897– 1922” with Margaret Sartor.

About “Picturing the South”

The High began its “Picturing the South” initiative in 1996 both to provide a contemporary perspective on Southern subjects and themes and to expand its collection of contemporary photography. The commissions have benefited the Museum as well as the artists — Sally Mann’s commission in 1996, for instance, helped support her shift to landscape work and resulted in the first photographs in her “Motherland” series. The other commissions range from Dawoud Bey’s over-life-size portraits of Atlanta high school students to Emmet Gowin’s aerial photographs of aeration ponds and paper mills. Photographer Alex Webb captured the drama of Atlanta’s street life and nightlife, and Richard Misrach used a view camera to reveal the beauty and pathos of the industrial landscape along the Mississippi River between Baton Rouge and New Orleans, an area known as Cancer Alley. In the most recent completed commission, Mark Steinmetz focused on air travel and Atlanta’s Hartsfield–Jackson International Airport — closely considering the activity and interactions that make the airport the crossroads of the New South.

About the High’s Photography Department The High Museum of Art is home to one of the nation’s leading photography programs. The Museum began acquiring photographs in the early 1970s, making it one of the earliest American art museums to commit to collecting the medium. With more than 7,500 prints that span the history of the medium from the 1840s to the present, the collection has particular strengths in American and European modernist traditions, documentary and contemporary photography. Holdings include the most significant museum collection of vintage civil-rights-era prints in the nation as well as important holdings by Harry Callahan, Clarence John Laughlin, William Christenberry, Ralph Gibson, Richard Misrach, Walker Evans and Peter Sekaer. The collection also gives special attention to pictures made in and of the South, serving as the largest and most significant repository representing the region’s important contributions to photography.

Located in the heart of Atlanta, Georgia, the High Museum of Art connects with audiences from across the Southeast and around the world through its distinguished collection, dynamic schedule of special exhibitions and engaging community-focused programs. Housed within facilities designed by Pritzker Prize–winning architects Richard Meier and Renzo Piano, the High features a collection of more than 17,000 works of art, including an extensive anthology of 19th- and 20th-century American fine and decorative arts; major holdings of photography and folk and self-taught work, especially that of artists from the American South; burgeoning collections of modern and contemporary art, including paintings, sculpture, new media and design; a growing collection of African art, with work dating from pre-history through the present; and significant holdings of European paintings and works on paper. The High is dedicated to reflecting the diversity of its communities and offering a variety of exhibitions and educational programs that engage visitors with the world of art, the lives of artists and the creative process. For more information about the High, visit www.high.org. 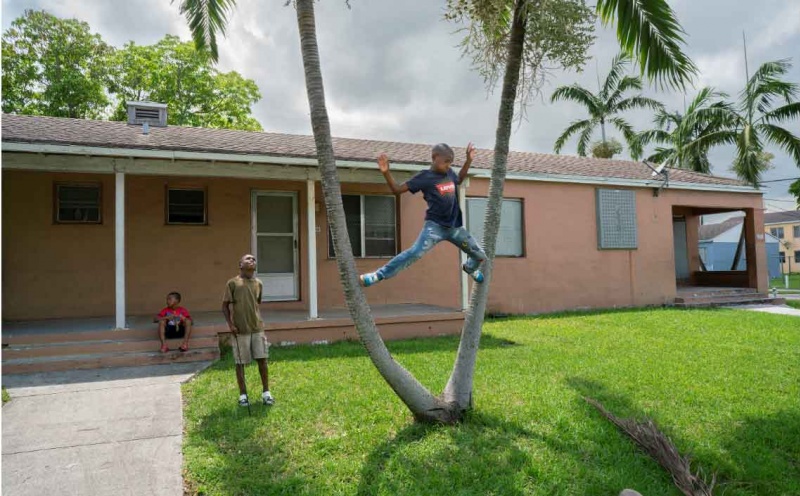