This spring, the High Museum of Art will be the first-ever U.S. venue for Live Lab, a photography residency and related exhibition organized in collaboration with the international photographic cooperative Magnum Photos. Live Lab is designed to involve the community in the realization of a new body of photographs, which will be created over a two-week period in a “lab” at the Museum. The Atlanta project will feature American photographer Carolyn Drake and South African artists Lindokuhle Sobekwa and Mikhael Subotzky, whose projects all will explore themes relevant to the city.

The process begins with a two-week-long “photographic jam session” (March 16–27, 2020) during which the photographers will use the High as their base of operations. They will travel into the city and metro area to shoot photographs, which they will then edit, make and sequence on site at the Museum. To render their creative process transparent, the photographers will open their workspace (located in the lobby of the High’s Anne Cox Chambers Wing) to the public at select times. The residency will culminate in a pop-up exhibition of the photographers’ work, on view in the Chambers lobby from March 28 through April 19, 2020.

Magnum Photos has hosted Live Labs in cities around the world, including London; Paris; Shenzhen, China; Kyoto, Japan; and most recently, Moscow.

“We are honored that Magnum chose the High, and Atlanta, as its first U.S. host for Live Lab, and we are delighted to bring this project to the city,” said Rand Suffolk, Nancy and Holcombe T. Green, Jr., director of the High. “This collaboration is a testament to the strength of our photography department and our commitment to supporting the creation of new work and offering innovative ways for our audience to connect with their museum and the greater community. We can’t wait to see what the photographers create.”

To help the artists learn more about Atlanta, the High provided them with a brief on the city, which touched on topics including its history, economy and position as the crossroads of the new South. The photographers are now in the process of developing their projects’ focus and scope.

“We look forward to welcoming these incredible photographers to Atlanta and to lifting the veil on their creative process for our visitors,” said Gregory Harris, the High’s assistant curator of photography. “Ours is a vibrant yet complicated and ever-changing city. It will be thrilling to see Atlanta through the lenses of these artists.”

Carolyn Drake (born 1971) is a California native now based in the Bay Area. She studied media/culture and history in the 1990s at Brown University, where she became interested in approaches to documentary and the ways that history and reality are purposefully shaped and revised over time. She worked for multimedia companies in New York for many years but eventually left her office job to engage with the physical world through photography. Between 2007 and 2013, Drake traveled frequently to Central Asia from her base in Istanbul to work on two projects that became acclaimed photo books. “Two Rivers” explores the connections between ecology, culture and political power along the Amu Darya and Syr Darya rivers. “Wild Pigeon” is an amalgam of photographs, drawings and embroideries she made in collaboration with Uyghur people in western China. Her latest book, “Knit Club,” will be published by TBW Books in the spring of 2020. Drake is the recipient of a Guggenheim Fellowship, the Dorothea Lange–Paul Taylor Prize, a World Press Photo award, a Magnum Emergency Fund grant and a Fulbright fellowship, among other awards. She became a Magnum nominee in 2015.

Lindokuhle Sobekwa (born 1995 in Katlehong, Johannesburg) came to photography in 2012 through his participation in the Of Soul and Joy Project, an educational program run in Thokoza, a township in southeastern Johannesburg. He went on to study with Bieke Depoorter, Cyprien Clément-Delmas, Thabiso Sekgala, Tjorven Bruyneel and Kutlwano Moagi. His early projects explore poverty and unemployment in the townships of South Africa as well as the growing nyaope drug crisis within them. His ongoing projects also address his own life—for example, his project “I Carry Her Photo with Me” examines his relationship with his sister, Ziyanda, who was estranged from her family when she died. In 2017, this project was selected by the Magnum Foundation’s Photography and Social Justice program for further development, and in 2018 Sobekwa received the Magnum Foundation Fund to continue his long-term project “Nyaope,” which has been selected for a residency at La Cité des Arts de la Réunion. Sobekwa became a Magnum nominee in 2018.

Mikhael Subotzky (born 1981 in Cape Town, South Africa) is currently based in Johannesburg. His photographic work, which combines the directness of the social documentary mode with a questioning of the nature of the photographic medium, explores the relationship between social storytelling and the formal poetics of image making. Over the past eight years, Subotzky has focused on the inside and outside of South Africa’s notorious prisons, the small town of Beaufort West and Ponte City, an iconic building in Johannesburg. Subotzky’s work has been exhibited widely in major galleries and museums, and his prints are in the collections of the Museum of Modern Art, New York; the Victoria and Albert Museum, London; the South African National Gallery, Cape Town; and the Johannesburg Art Gallery. Recent awards and grants include the 2011 Discovery Award at Rencontres de la Photographie d’Arles, the 2009 Leica Oskar Barnack Award, the 2008 W. Eugene Smith Memorial Fund grant, and the 2007 KLM Paul Huf Award. His only monograph to date, “Beaufort West,” was published by Chris Boot Publishers and was the subject of the 2008 exhibition “New Photography: Josephine Meckseper and Mikhael Subotzky” at the Museum of Modern Art in New York.

About the High’s Photography Department

The High Museum of Art is home to one of the nation’s leading photography programs. The Museum began acquiring photographs in the early 1970s, making it one of the earliest American art museums to commit to collecting the medium. With more than 7,500 prints that span the history of the medium from the 1840s to the present, the collection has particular strengths in American and European modernist traditions, documentary and contemporary photography. Holdings include the most significant museum collection of vintage civil-rights-era prints in the nation as well as important holdings by Harry Callahan, Evelyn Hofer, Clarence John Laughlin, William Christenberry, Ralph Gibson, Richard Misrach, Walker Evans and Peter Sekaer. The collection also gives special attention to pictures made in and of the South, serving as the largest and most significant repository representing the region’s important contributions to photography.

The Live Lab Photography Residency and Exhibition are organized by the High Museum of Art, Atlanta, and Magnum Photos. This project is funded by the Hagan Foundations.

Located in the heart of Atlanta, Georgia, the High Museum of Art connects with audiences from across the Southeast and around the world through its distinguished collection, dynamic schedule of special exhibitions and engaging community-focused programs. Housed within facilities designed by Pritzker Prize–winning architects Richard Meier and Renzo Piano, the High features a collection of more than 17,000 works of art, including an extensive anthology of 19th- and 20th-century American fine and decorative arts; major holdings of photography and folk and self-taught work, especially that of artists from the American South; burgeoning collections of modern and contemporary art, including paintings, sculpture, new media and design; a growing collection of African art, with work dating from pre-history through the present; and significant holdings of European paintings and works on paper. The High is dedicated to reflecting the diversity of its communities and offering a variety of exhibitions and educational programs that engage visitors with the world of art, the lives of artists and the creative process. For more information about the High, visit www.high.org.

Magnum Photos is a cooperative founded in 1947 by Henri Cartier-Bresson, Robert Capa, George Rodger and David “Chim” Seymour. Since the 1930s, Magnum photographers have served as eyewitnesses to history – from the Spanish Civil War to the Civil Rights movement in the United States; from the genocide in Rwanda to every major armed conflict of modern times. Magnum represents some of the world’s most renowned photographers, maintaining its founding ideals and idiosyncratic mix of journalist, artist and storyteller. "Magnum is a community of thought, a shared human quality, a curiosity about what is going on in the world, a respect for what is going on and a desire to transcribe it visually." – Henri Cartier-Bresson 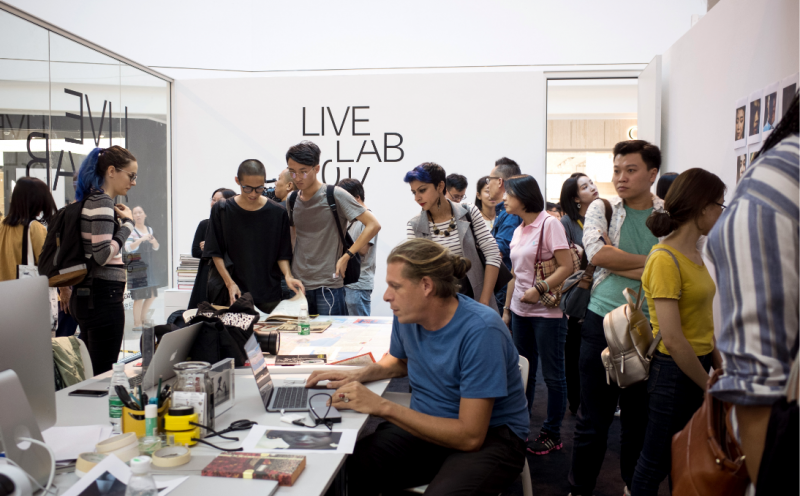