DAG today announced the U.S. debut of Primitivism and Modern Indian Art, bringing together over 70 works by Indian modernist painters to explore the stylistic influence of primitivism and its motifs in non-Western contexts. Opening with a preview on March 14 during Asia Week New York and curated by Dr. Giles Tillotson—a leading scholar in Indian art and architecture— the exhibition showcases works by some of the most recognized Indian masters, juxtaposing vastly different interpretations of the genre to demonstrate the breadth of primitivism in India.  On view through June 6, Primitivism and Modern Indian Art builds on DAG’s ongoing commitment to representing the expanse of Indian art practice through the presentation of museum-quality exhibitions globally.

“The works featured in Primitivism and Modern Indian Art defy any common visual link with each other, demonstrating each artist’s own language of expression,” said Ashish Anand, CEO & Managing Director of DAG. “However, taken together, the works explore the evolution and overarching language of primitivism within art practice in India. Building on our previous exhibitions in New York, we’re pleased to present this highly-researched exhibition and series of masterworks that contribute important scholarship and new perspective on how this originally Western artistic movement manifested in such a unique manner within the realm of Modern Indian art.”

Primitivism and Modern Indian Art explores how a range of Indian artists incorporated primitivism into their own work in the 20th century, attaching a different range of values and meanings in the Indian context based on their artistic practices. The exhibition also explores the key elements that defined the primitivist style in modern Indian art, including a shift away from intricate and traditionally “sophisticated” stylistic elements, as well as the incorporation of visual elements drawn from folk art. The exhibition also demonstrates how Indian artists sought inspiration from primitive imagery drawn from within Indian culture.

Three artists featured in the exhibition—Rabindranath Tagore, Sunayani Devi, and Madhvi Parekh—were self-taught artists, who came to primitivism and included it in their work outside of a formal artistic education, representing a natural incorporation of primitivism in their practice. Additional artists, who had formal art educations honed at elite institutions—including Amrita Sher-Gil, George Keyt, and Jamini Roy— were trained in what was considered a more sophisticated style in the 20th century, but actively chose to adopt a more ‘native’ form of practice. The exhibition also features work by modernist sculptor Ramkinkar Baij and painter J. Sultan Ali, both of whom chose to incorporate singular elements of primitivism in their work.

Other artists featured in Primitivism and Modern Indian Art who eschewed recognizable tropes from modern Indian art in the 20th century to create a unique visual language hearkening back to primitive imagery, in spite of the sophistication of training at their command, include M. F. Husain, F. N. Souza, K. G. Subramanyan, Jogen Chowdhury, and Rabin Mondal.

Primitivism and Modern Indian Art is accompanied by a comprehensive publication and is currently on view at DAG’s Mumbai gallery. 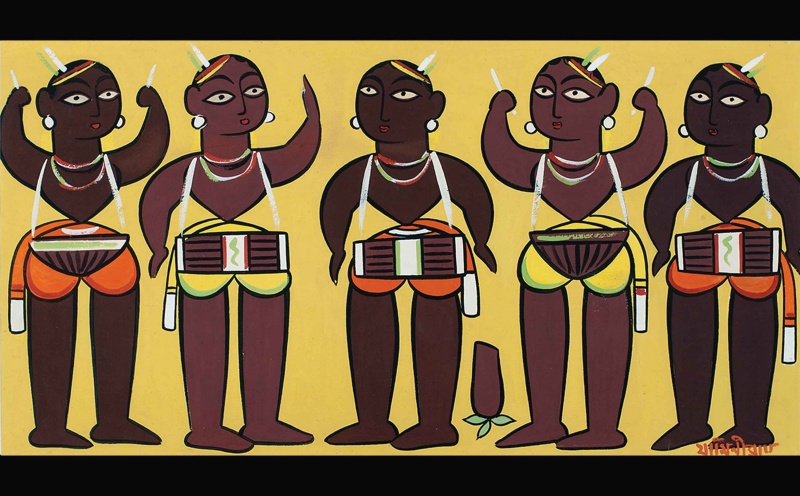