Both efforts were undertaken as part of the Wallace Excellence Awards, a national initiative designed to generate evidence-based practices for the field. The foundation has also produced three videos, providing first person accounts of these experiences from leadership at The Clay Studio and Fleisher Art Memorial.

The case studies are the eighth and ninth in the 10-part Wallace Studies in Building Arts Audiences series, overseen by market research expert Bob Harlow. The series follows how the organizations used research to learn about and reach new audiences, with examples of effective audience-building practices applicable to organizations across the country.

“As with many of our peers, we were looking for ways to bring younger visitors through our doors, to remain relevant within our community and remain true to the reason why our institution was formed,” said The Clay Studio President Christopher Taylor. “The Wallace Foundation grant enabled us to gather data and translate findings into an action plan that incorporated changes to our program and how we were communicating these offerings. There is a genuine momentum that we are starting to feel with the new people we’re engaging, among our staff and with the new board members we’re attracting. By listening to our communities, we are able to keep things fresh and relevant, and we hope that this case study will help others do the same.”

As Fleisher Art Memorial Director of Programs Magda Martinez described, “Our learning process began with two basic questions: how to make potential visitors feel welcome when they first learned about our institution; and how to ensure that our work was accessible to people of all cultures, ethnicities and economic backgrounds. Wallace’s Excellence Awards initiative enabled us to conduct the research we needed to connect with our local community. Organizations are facing similar challenges across the country, and I hope our experience will help reinforce the importance of understanding your community as your organization grows and changes.”

In conjunction with the release of the case studies, the foundation has produced three short videos featuring both Magda Martinez and Christopher Taylor as they recount key experiences working on the initiative. Each segment focuses on a different aspect of the organizations’ journey, describing the challenges that motivated them to act, what they learned through market research and, finally, how they responded and what results their efforts yielded. The videos are now available to the public on the Wallace website.

“Visual and performing arts organizations across the country are struggling to engage younger audiences and connect with the ever-changing makeup of their communities,” said Daniel Windham, director of arts at The Wallace Foundation. “The Clay Studio and Fleisher Art Memorial have done remarkable work to make progress on their goals, and the case studies make these new ideas and insights on audience-building practices available to the entire arts field.”

Recognizing that the health of arts organizations depends on cultivating new audience members who will form a long-lasting relationship with the arts, Wallace launched the Wallace Excellence Awards (2006-2014) with grants to 54 visual and performing arts organizations in six cities. The commissioned case studies are in-depth examinations of 10 of the organizations and their audience-building projects.

Based on an analysis of these 10 organizations, nine practices were identified as strategies arts organizations can use to increase the chances of success in engaging audiences. These are explained in Bob Harlow’s report, The Road to Results: Effective Practices for Building Arts Audiences. The Wallace Foundation has also recently released Taking Out the Guesswork: Using Research to Build Arts Audiences, a free guide also written by Bob Harlow, designed to help arts organizations use market research to identify ways to build meaningful connections with different audiences.

In the coming months, Wallace will release the final case study in the series describing the efforts of The Contemporary Jewish Museum (San Francisco) to broaden and diversify its audience by creating a varied offering of programs designed to attract and engage San Francisco families of all backgrounds and eliminating financial barriers to their participation.

Building on the success of the Wallace Excellence Awards program, in 2015 Wallace launched a six-year initiative, Building Audiences for Sustainability, which is providing support and funding to 26 outstanding performing arts organizations across the United States to develop, implement, analyze and learn from new audience-building practices. The participating organizations will explore a range of innovative programs to attract new audiences while retaining current ones and building a financial foundation for sustainable growth. Their experiences and accomplishments will be independently documented and analyzed, providing an invaluable resource for the entire field.

For more information, please download the full release below. 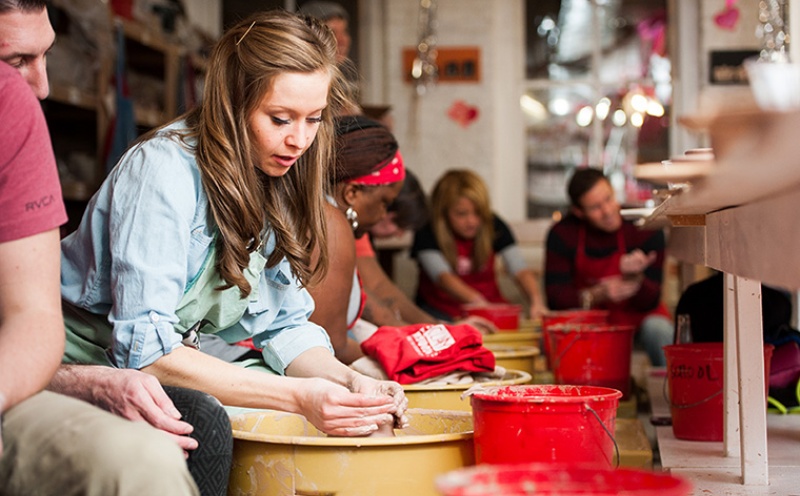