Modern Love: Photographs from the Israel Museum delves into the work of photographers who shaped and defined photography between 1900-1945, helping to expand public understanding of early modern photography through a presentation that brings together acclaimed and unknown works by male and female artists. Featuring around 200 works from seminal artists such as Alfred Stieglitz, August Sander, Edward Weston, and Man Ray, alongside lesser-known photographers such as Liselotte Grschebina, ringl+pit, Laure Albin Guillot, and Frieda Meyer Jakobson, the exhibition fosters a deeper level of understanding around the development of cultural production at the time and uncovers unexpected and surprising discoveries, including a personal note written by Alfred Stieglitz on the back of the 1916 print Portrait of Marie Rapp. The exhibition also fosters contemporary relevancy around the works, connecting camera techniques by Modern photographers to current images captured by cell phones.

“Modern Love: Photographs from the Israel Museum showcases the Museum’s incredible photography collection and demonstrates its continued commitment to supporting the exploration and exhibition of images through robust programming and curatorial expertise,” said Ido Bruno, Anne and Jerome Fisher Director of the Israel Museum. “I am thrilled that our visitors will have the opportunity to experience this unique selection of iconic Modern photographs drawn from the Museum’s extensive holdings, many which are going on display for the first time.”

Drawing on a recent gift from collector Gary B. Sokol of exceptional images taken by female avant-garde photographers active between 1918 and 1939, as well as the acclaimed Noel and Harriette Levine Collection, Modern Love showcases the range and significance of the Israel Museum’s Modern Photography Collection. Key highlights in the exhibition include:

A unique gallery design positions labels on custom shelves below each work, facilitating a meaningful and unobstructed exploration of each image that also alludes to their previous display in the homes of private collectors. This intimate presentation helps illuminate unexpected and surprising discoveries, including the similarities and differences between a 1926 and a 1927 print of Man Ray’s acclaimed Noire et blanche (Black and white.) The Israel Museum is the only institution to hold two early prints of the work and Modern Love creates a rare opportunity to compare and examine them, cultivating dialogue around the wider theme of image reproduction and the artist’s approach to manually capturing an image. A personal note by Alfred Stieglitz on the back of the 1916 print Portrait of Marie Rapp was also uncovered during the exhibition process. It testifies to their close working relationship managing both his journal, Camera Work, and business, 291 Gallery, and reads “Four years ---- Marie Rapp, April, 1916. To Marie – ‘291.’”

“Modern Love marks an exciting opportunity to bring together extraordinary works from the institution’s core collections,” said Dr. Noam Gal, Head of Noel and Harriette Levine Department of Photography at The Israel Museum, Jerusalem. “The recent gift from the collection of Gary B. Sokol facilitates the inclusion of a substantial number of rare works by female practitioners between 1900 and 1945, creating important and more holistic understanding of Modern Photography.”

The exhibition is accompanied by audio guides offering expert insights and a comprehensive catalogue by curator Dr. Gal comprising historical background and interpretation around each work. 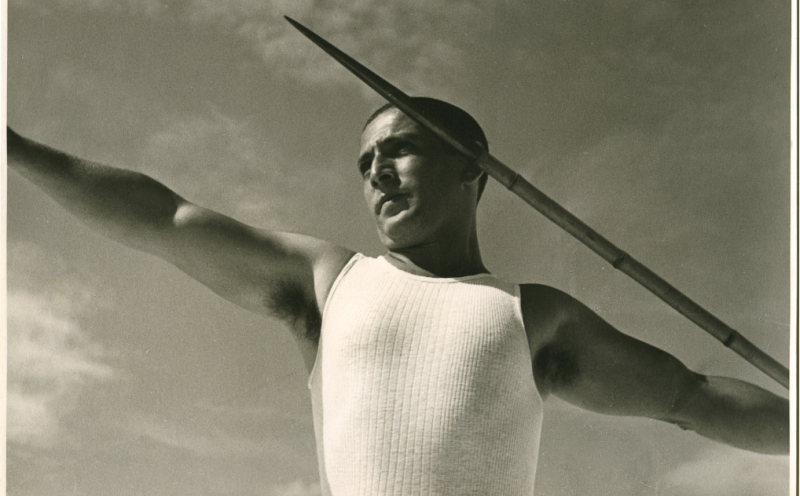