Sharjah Art Foundation has launched the open call for film submissions for the second edition of the annual Sharjah Film Platform (SFP). Films selected for this edition of SFP will be included in the platform’s film programme from 11 to 21 December 2019 at Sharjah Art Foundation’s open-air Mirage City Cinema and the nearby Al Hamra Cinema, Sharjah.

Sharjah Film Platform is an annual Sharjah Art Foundation initiative launched in 2018 as a resource to support filmmaking in the United Arab Emirates and the surrounding region. In addition to the film programme, SFP supports two other core components: a public programme featuring workshops and discussions, and the premieres of the Short Film Production Grant recipients’ films. Together, the tripartite platform continues the foundation’s longstanding commitment to film programming and commissions, and to emerging and established filmmakers, film producers, critics and students.

The inaugural SFP featured screenings of over 140 short and feature-length narrative, documentary and experimental films made by local, regional and international filmmakers hailing from over 40 countries and representing more than 30 languages. The programming also included juried awards, talks and workshops on a wide-array of topics, such as the latest techniques and theories in film, VR, and funding opportunities for artists in the field.

Prize-winning films from the first edition of SFP include Dubravka Turic’s Cherries (Best Narrative Film); Mohamed Zedan’s I Have a Picture: Film No. 1001 in the Life of the Oldest Extra in the World (Best Documentary Film); and Mayye Zayed’s A Stroll Down Sunflower Lane (Best Experimental Film).

Filmmakers interested in screening their films during the second edition of SFP’s curated film programme are invited to submit an original film by 1 June 2019. All films, regardless of artistic approach, format, or themes, will be accepted for consideration. All open call film submissions will also be considered for a juried prize.

For more information and to apply, visit sharjahart.org. 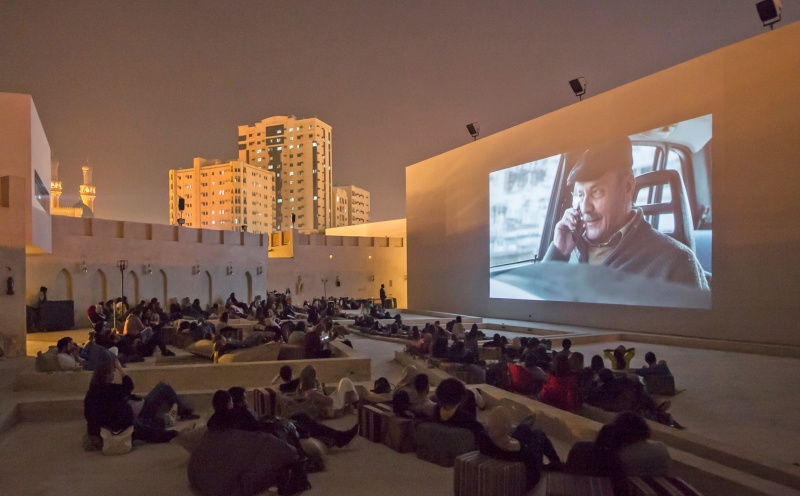