In March 2020, Sharjah Art Foundation (SAF) in Sharjah, UAE presents the most ambitious exhibition in the Middle East to date to explore art in the age of the internet. Curated by newly appointed SAF Director of Collections and Senior Curator Omar Kholeif, who also served as co-curator of Sharjah Biennial 14, Art in the Age of Anxiety brings together a truly global group of contemporary artists to explore the ways our everyday devices, technologies and digital networks have altered our collective consciousness. The exhibition presents more than 60 works spanning sculpture, prints, video, virtual reality, robotics and algorithmic programs developed by more than 30 international artists including Lawrence Abu Hamdan, Cory Arcangel, Wafaa Bilal, Cao Fei, Lynn Hershman Leeson, Joshua Nathanson, Trevor Paglen, Siebren Versteeg, UVA, Guan Xiao and YOUNG-HAE CHANG HEAVY INDUSTRIES. Art in the Age of Anxiety opens 21 March 2020, concurrent with the opening of SAF’s annual March Meeting, and remains on view through 21 June 2020.

‘Art in the Age of Anxiety explores critical questions in contemporary art and society through the work of a diverse group of artists from around the world,’ said Hoor Al Qasimi, Director of Sharjah Art Foundation. ‘We are delighted to inaugurate Omar Kholeif’s tenure as Senior Curator and our first Director of Collections with this important exhibition.’

‘This is an exhibition that grew out of my own anxiety about the future. It completes over a decades’ worth of research exploring how artists explore, deconstruct and materialize the polemical issues raised by our accelerating society,’ said Omar Kholeif, Director of Collections and Senior Curator at Sharjah Art Foundation. ‘There are no easy answers here. Rather, this exhibition posits questions as experiences that physically and viscerally confront the viewer with their very own complicity in our everyday technological society. We look forward to seeing, hearing and feeling how our audiences will respond to the context that we have created with this special exhibition.’

Art in the Age of Anxiety conjures the bombardment of information, misinformation, emotion, deception and secrecy that invades online and offline life in the age of digital technology. It aims to illuminate the “post-digital” condition—the manners and behaviours found in a world altered by the rise of digital technologies—and posits speculations for our future. The exhibition represents the culmination of more than a decade of research on the subject by Kholeif, who has previously curated internationally touring exhibitions such as I Was Raised on the Internet (MCA Chicago, 2018) and Electronic Superhighway (Whitechapel Gallery, 2016) and authored and edited seven books on the subject, including You Are Here: Art After the Internet (HOME and Space, 2018) and Goodbye, World! Looking at Art in the Digital Age (Sternberg Press, 2018).

The exhibition features leading contemporary practitioners and works across a range of media, including Trevor Paglen’s Circles (2015), a single-channel video installation offering an atmospheric view into the surveillance state, presented alongside some of his most iconic photographs such as They Took the Faces from the Accused and the Dead… (2019), his infamous cloud photographs, as well as his portraits of historical figures whose faces have been run through Facebook’s facial recognition system; Jon Rafman’s Transdimensional Serpent (2016), a Virtual Reality commentary on the all-consuming nature of technology; and a selection of works realized from Cao Fei’s RMB City, a virtual city designed in the online world of Second Life that probes the boundary between real and virtual existence.

Other highlights include a new version of Siebren Versteeg’s iconic 2012 work Daily Times (Performer), which is re-imagined for the exhibition. Here, a giant screen draws from headlines produced by the UAE-based English language newspaper The National and produces abstract paintings in response to its content. Also on view is Jenna Sutela’s musical film Nimiia Cétïï (2018) exploring consciousness, neural networks and a new Martian language. Following its recent presentation at The Shed in New York is Lynn Hershman Leeson’s Shadow Stalker (2019), an epic film that explores Predictive Policing, Identity Theft and the dangers of Data mining, featuring renowned actress Tessa Thompson and “The Spirit of the Deep Web” played by January Steward.

The exhibition design for Art in the Age of Anxiety is created by architect—and Sharjah Biennial 13 participant—Todd Reisz. Reisz's work often focuses on cities of the Arabian Peninsula from both historical and contemporary perspectives. Here, he has worked with curator Omar Kholeif to imagine a physical maze of corridors and experiences that will fully immerse the viewer. The exhibition will also be accompanied by a publication after the exhibition and a series of discursive events including a mini symposium. The full schedule of events will be available in early 2020.

The complete list of artists included in Art in the Age of Anxiety follows below.

Dr. Omar Kholeif is an Egyptian-born writer and curator who over the last decade has curated more than 100 exhibitions, special projects and commissions globally. He is also widely considered to be one of the leading experts on art and technology working today. He currently holds the position of Director of Collections and Senior Curator at the Sharjah Art Foundation, where he oversees collection strategy, development and acquisition, as well attendant exhibition, publishing and discursive opportunities. He has authored and/or edited more than two dozen books and catalogues on art, including recent publications Goodbye, World! Looking at Art in the Digital Age (Sternberg Press, 2018) and The Artists Who Will Change the World (Thames and Hudson, 2018). Kholeif’s most recent projects include Time, Forward! – the V- A-C Foundation’s contribution to the 58th Venice Biennale; the 14th Sharjah Biennial: Leaving the Echo Chamber, as well as the first retrospective of David Lynch’s art in the UK for the Manchester International Festival and Focus: Drawing, Tracing and Mapping at Abu Dhabi Art. He also recently served as a Visiting Tutor at the Ruskin School of Art, University of Oxford and has taught at numerous universities including the University of Chicago and Hunter College, City University of New York. Previously he was Manilow Senior Curator and Director of Global Initiatives at the Museum of Contemporary Art, Chicago; Curator at Whitechapel Gallery, London; Senior Curator at Cornerhouse and HOME, Manchester; Curator at the Foundation for Art and Creative Technology (FACT), Liverpool; Consulting Curator for the International Film Festival Rotterdam; Founding Director of the UK Arab Film Festival; Artistic Director of the Arab British Centre; Senior Editor of Ibraaz Publishing and a co-founding editor of Portal 9. He has curated and/or co-curated the 2012 Liverpool Biennial; the Cyprus Pavilion at the 56th Venice Biennale; the 2015 Abraaj Group Art Prize; and Focus: Middle East, North Africa and the Mediterranean at the Armory Show, New York.

Sharjah Art Foundation is an advocate, catalyst and producer of contemporary art within the Emirate of Sharjah and the surrounding region, in dialogue with the international arts community. Under the leadership of founder Hoor Al Qasimi, a curator and artist, the foundation advances an experimental and wide-ranging programmatic model that supports the production and presentation of contemporary art, preserves and celebrates the distinct culture of the region and encourages a shared understanding of the transformational role of art. The foundation’s core initiatives include the long-running Sharjah Biennial, featuring contemporary artists from around the world; the annual March Meeting, a convening of international arts professionals and artists; grants and residencies for artists, curators and cultural producers; ambitious and experimental commissions; and a range of travelling exhibitions and scholarly publications.

Established in 2009 to expand programmes beyond the Sharjah Biennial, which launched in 1993, the foundation is a critical resource for artists and cultural organisations in the Gulf and a conduit for local, regional and international developments in contemporary art. The foundation’s deep commitment to developing and sustaining the cultural life and heritage of Sharjah is reflected through year-round exhibitions, performances, screenings and educational programmes in the city of Sharjah and across the Emirate, often hosted in historic buildings that have been repurposed as cultural and community centres. A growing collection reflects the foundation’s support of contemporary artists in the realisation of new work and its recognition of the contributions made by pioneering modern artists from the region and around the world. Sharjah Art Foundation is a legally independent public body established by Emiri Decree and supported by government funding, grants from national and international nonprofits and cultural organisations, corporate sponsors and individual patrons. All exhibitions and events are free and open to the public.

Sharjah is the third-largest of the seven United Arab Emirates, and the only one bridging the Arabian Gulf and the Gulf of Oman. Reflecting the deep commitment to the arts, architectural preservation and cultural education embraced by its ruler, Sheikh Dr. Sultan bin Muhammad Al Qasimi, Sharjah is home to more than 20 museums and has long been known as the cultural hub of the United Arab Emirates. In 1998, it was named UNESCO's 'Arab Capital of Culture' and was designated the UNESCO ‘World Book Capital’ for the year 2019 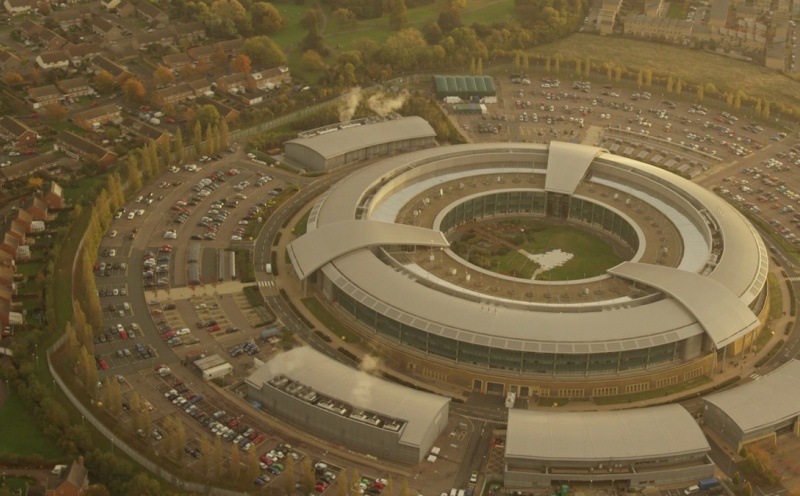