Theater of War Productions is supported by a private partnership with funding from the Stavros Niarchos Foundation (SNF), the Laurie M. Tisch Illumination Fund, and the Weissman Family Foundation

Theater of War Productions today announced its 2019 fall/winter program of all-free events to be presented at diverse venues in all five boroughs of New York City and around the country. The company’s work marries live performances of seminal texts with guided community conversations to destigmatize and stimulate important discussions on urgent social and public health issues. Projects address a range of topics including war and mental health, racism and social justice, gun violence, and substance abuse. New projects added in 2019 tackle issues of elder care and abuse; refugees and immigration; and the challenges faced by the LGBTQ+ community in the criminal justice system.

With acclaimed actors including James Earl Jones, Frances McDormand, Paul Giamatti, Samira Wiley, Michael K. Williams, Jeffrey Wright, Adam Driver, and Elizabeth Marvel, Theater of War Productions has staged over 900 performances in the ten years since it was established, all over the world. The company’s 2019 programs are presented in partnership with Brooklyn Public Library, alongside city government partners: NYC Department of Veterans’ Services (DVS), Mayor’s Office to End Domestic and Gender-Based Violence (ENDGVB), and the Mayor’s Action Plan for Neighborhood Safety (MAP), among others. Partnerships with city agencies expand on Co-Founder and Artistic Director Bryan Doerries’ two-year tenure as NYC Public Artist in Residence with DVS and the NYC Department of Cultural Affairs.

The PAIR residency has enabled the company to bring its projects to more communities. This past summer, with the exclusive support of the Stavros Niarchos Foundation (SNF), the company presented Antigone in Ferguson to over 15,000 audience members in a free 10-week run at St Ann & Holy Trinity Church in Brooklyn. Building on this momentum, Theater of War Productions will continue to further its reach through the development of a range of projects developed for and in partnerships with the US Department of Veteran Affairs and Columbia University, where this fall the company’s hallmark project, Theater of War, will be presented to the University’s incoming first-year class as part of the 100th Anniversary of the University’s Core Curriculum.

Introduced in 2019, The King Lear Project engages audiences, including the elderly, their families, and caregivers, in open, healing, constructive discussions about the challenges of aging, dementia, elder abuse, and caring for senior citizens. Upcoming presentations of The King Lear Project throughout New York City will include performances by David Zayas ("Oz"), Frankie Faison (Coming to America), Daphne Rubin Vega (Sex & the City), Chinaza Uche ("Blue Bloods"), among others, and are made possible with the support of the Laurie M. Tisch Illumination Fund.

Theater of War Productions and the Museum of Jewish Heritage, in partnership with the National Yiddish Theatre Folksbiene, will present readings of scenes from Peter Weiss' play The Investigation, a piece of documentary theater adapted from the Frankfurt Auschwitz Trials of 1963-1965. Premiering in November, the project will center on guided discussions about mass murder and its lasting impact upon individuals, families, communities, and countries through the world. Performed by a diverse cast, including international performers from communities affected by genocide, The Investigation will seek to generate powerful dialogue across cultures and communities about the human capacity for evil, as well as the systems and hierarchies that create the conditions for unthinkable violence.

In an effort to catalyze open and candid conversations on immigration issues and the refugee crisis, Theater of War Productions is developing its newest project, The Suppliants, using scenes from Aeschylus’ play about 50 female refugees who seek asylum in the ancient city of Argos, and the conflict within that city about whether or not to receive them. Theater of War Productions will work with Bronx-based Garifuna singers, dancers, and musicians on this collaborative presentation, which will be workshopped throughout the fall ahead of a full-scale launch in spring 2020. The production is conceived of as a processional street performance, integrating dance, music and theater, with English, Spanish and Garifuna text.

“Over the course of the last 10 years, we have been able to welcome thousands of audience members in theaters, playgrounds and libraries around the city and around the world to engage in important conversations that strengthen our communities and move the needle on public health and social justice issues,” said Bryan Doerries, Artistic Director and Co-founder of Theater of War Productions. “The work continues, and we are grateful for the immense generosity of our audiences whose voices have time and again taught us the power of connection and dialogue.”

New events will continue to be added throughout the year. Please visit theaterofwar.com for event listings.

ABOUT THEATER OF WAR PRODUCTIONS

Since its founding in 2009, Theater of War Productions has facilitated events for over 150,000 people, presenting over 20 different tailored programs targeted to diverse communities across the globe. The company works with professional actors to present dramatic readings of seminal plays - from classical Greek tragedies to modern works - to provide a framework for engaging communities in challenging dialogues about human suffering.

Brooklyn Public Library is the nation’s sixth largest library system and among the borough’s most democratic civic institutions. BPL offers 72,000 free programs a year for people from all walks of life—immigrants learning a new language, students preparing for college, older adults seeking companionship, aspiring entrepreneurs launching their dreams, children discovering the world, and people of all ages exploring arts and culture. And BPL provides patrons over 3 million opportunities to enjoy one of life’s greatest satisfactions: the discovery of a good book. Learn more at bklynlibrary.org

ABOUT THE STAVROS NIARCHOS FOUNDATION

The Stavros Niarchos Foundation (SNF) is one of the world’s leading private, international philanthropic organizations, making grants in the areas of arts and culture, education, health and sports, and social welfare. Since 1996, the Foundation has committed more than $2.9 billion, through more than 4,500 grants to nonprofit organizations in 124 nations around the world. SNF funds organizations and projects, worldwide, that aim to achieve a broad, lasting and positive impact for society at large, and exhibit strong leadership and sound management. The Foundation also supports projects that facilitate the formation of public-private partnerships as an effective means for serving public welfare.

The King Lear Project is made possible in part with a grant from the Laurie M. Tisch Illumination Fund. The Illumination Fund is a New York City-based foundation that strives to improve access and opportunity for all New Yorkers. Founded in 2007 by philanthropist Laurie M. Tisch, the Illumination Fund plays an active role in encouraging innovative approaches across a range of issues—reducing mental health stigma, addressing trauma and aging related diseases with support to organizations at the intersection of arts and healthcare, increasing access to healthy food, building healthy communities, supporting economic opportunity and ensuring that arts and arts education are accessible to all—in order to foster healthy and vibrant communities. www.lmtif.org 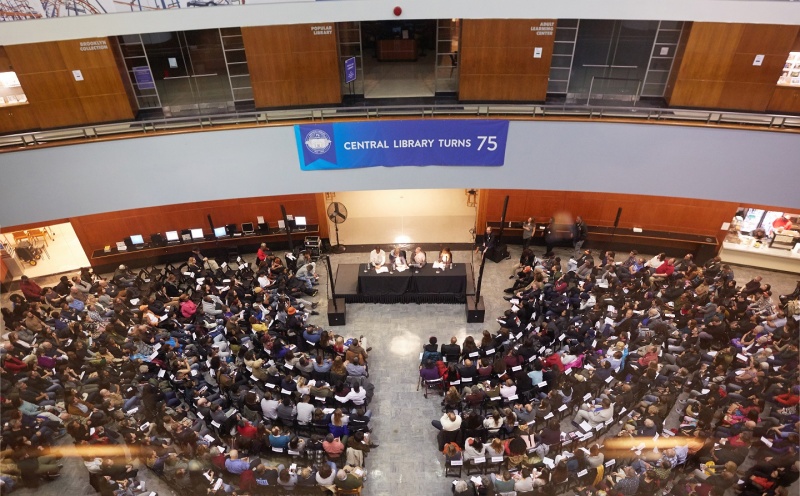